On Wednesday, July 7, Dilip Kumar Sahab passed away at the age of 98. Here's a look back at his career and some of the notable films in which he appeared. 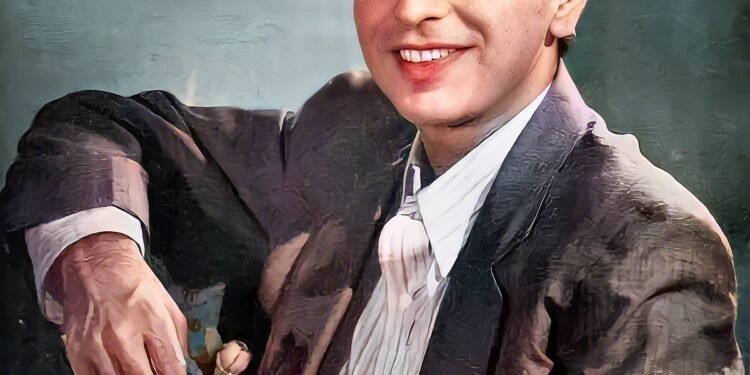 Only one Mohammad Yusuf Khan, better known as Dilip Kumar, has ever existed. His blazing intensity, profound pauses in his delivery, and ability to enter the roles made him a treat to witness. He was a philanthropist and the one who introduced the method acting technique to Hindi cinema.

His nearly six-decade career – 58 years to be exact – has delivered some of the most memorable films and moments ever to grace the Indian silver screen. They served everyone else as an institution that the Bollywood industry has now lost.

In 1944, Dilip Kumar Sahab made his acting debut in the Bollywood film Jwaar Bhata. In 1947, he shot to popularity with the film Jugnu. Dilip Kumar Sahab holds the record for having won the Filmfare Award for Best Actor the most times.

He was in the news for his connection with actor Madhubala, but the two never married. In 1966, he married Saira Banu. He is regarded as one of the greatest actors of Hindi cinema’s “Golden Age.”

Apart from his well-known performances, here are some of Dilip Kumar Sahab’s best on-screen characters that his fans and admirers should be aware of. Please take a look ahead to see what I’m talking about.

Dilip Sahab plays a desperate dacoit criminal, while the other is a cop. One of the significant features of this emotional rural film is the conflict between these two brothers.

If you want to see Dilip Kumar Sahab and Amitabh Bachchan in the same frame for the first time, ‘Shakti’ is the film for you. It’s a great story of a feuding father-son duo who are never on the same page, directed by Ramesh Sippy and written by the hit Salim-Javed duo.

While Dilip Sahab’s stoic and overbearing police officer portrayal steals the show, Bachchan – who plays his disturbed son Vijay – also holds his scenes together. This film has stood the test of time as a testament to Dilip Sahab and Amitabh Bachchan’s outstanding acting abilities.

If you want to see one of the first few reincarnation dramas in Hindi cinema, Dilip Kumar Sahab’s National Award-winning film “Madhumati” is a must-see. The story follows Anand (Kumar), a young city-slick metrosexual, who falls hopelessly in love with Madhumati, a tribal woman played by Vyjayanthimala.

The crux of this picture is formed by their inability to bring their romance to a close. It was one of the highest-grossing films of 1958.

The stunning performances by the lead pair, led by Dilip Kumar, breathed new life into this romantic love triangle about two best friends falling in love with the same woman (Vyjayanthimala), directed by BR Chopra.

The plot may be as ancient as the hills, but Dilip Sahab’s unique on-screen personality manages to sell it. He got his third consecutive Filmfare Best Actor Award, thanks to this movie.

One of the most heartbreaking films by the renowned superstar was the ultimate love story of Mughal prince Salim and a court dancer Anarkali. In 1961, he got the National Film Award for Best Feature Film in Hindi for his epic portrayal of the spoiled, self-indulgent, and madly-in-love prince.

The tragic love triangle between his character, the late dazzling star Nargis, and late actress Munawar Sultana was depicted in the musical drama that became the second highest-grossing picture of the year 1950. Director SU Sunny directed the delightful picture, which starred Dilip Kumar Sahab as a mailman from a wealthy family.

‘Devdas,’ the tragic drama of love and romance based on Sharat Chandra Chattopadhyay’s novel of the same name, is still recognized as one of the superstar’s finest works.

Kumar aced the role of an ardent lover on the road to destruction at the hands of love and booze in the Bimal Roy-directed film.