Beyond Ratatouille and Chocolat, these exceptional films will make you want to grab the popcorn because they will make you hungry. 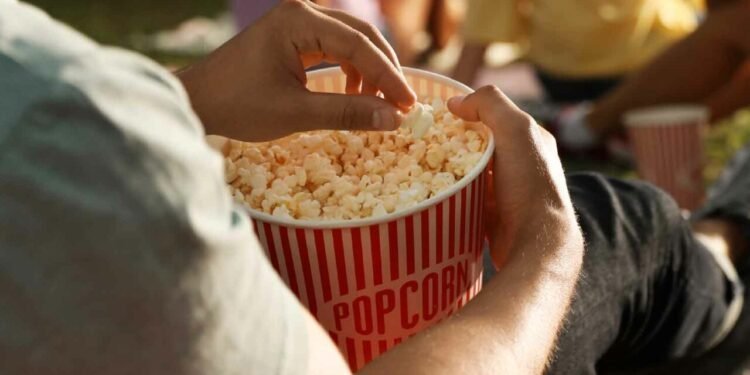 The architecture of reassurance is found in kitchens. It serves as a reminder that hunger will be satisfied and tastes will be gratified. Cooking is regarded as a religious activity by humans. It’s no surprise that most of our religious practices involve fire, the same element that converted food for humans. All religions deal with it in some way, whether it’s through fragrant or cleaning smoke or church candles. To us, fire is sacred and heavenly, partly because it allows us to eat. Kitchens are places of worship in this sense. Our biggest resource is food.

In that regard, cinema that captures either the act of cooking or the act of eating has always held a special place in my heart. Taking a photograph of someone eating means capturing them at their most vulnerable, human state. On the other hand, capturing someone when they are cooking is to show them at their most caring. Of course, they’re cooking for themselves, but it’s still a nourishing act. Beyond Eat, Pray, Love, Ratatouille, and Chocolat, other simply magnificent films that depict food as a source of connection, reassurance, and hierarchy.

Food unites this film, enhanced by strong performances from the stars, Meryl Streep and Amy Adams. It’s amusing and reassuring in equal measure, and it’s a film that mirrors the food depicted in its frames.

It is one of the rare movies that traces the evolution of culinary techniques over fifty years. This film binds time frames, two lives, and many circumstances together, demonstrating that food can transcend time.

The first story in the Flavours of Youth anime anthology, a bittersweet picture of childhood recollections, is likely to strike nostalgic chords in its audience.

This is not a film attempting to make a statement about one’s sense of security as a youngster; rather, it demonstrates how taste can be a strong instrument in tracing one’s steps back in time. This beautiful take on nostalgia is based on a little boy who associates his upbringing with rice noodles.

This film, the third in the Father Knows Best series, further complicates the concept of hunger by widening its definition. It depicts the movement from older philosophy to modernity and how we handle that change through our tastes.

It’s a stunning picture that pays close attention to the cultural shifts that the turn of the century brought. This movie equally parts tragic and artistic, as it follows the journey of a renowned Chinese chef and his daughters.

This film makes food a vitally key aspect in its plot, a fascinating take on the interrelationship between being in love with a person and being dependent on them. Food is, in reality, the vehicle through which the film’s ideology is executed.

This gorgeous film, which tells the narrative of a historical love story between a fashion designer and a waitress who also happens to be a chef, may nearly fool you into thinking this is the pinnacle of love. It’s up to you to decide if that ideal is unhealthy or not.

The Farewell, an almost personal film based on her final visit to her dying grandmother, reminds us how each human being, each family, develops their love language. We don’t use a lot of words to express our affection for one another. The word “love” is a verb. It’s a display of a feeling.

To demonstrate this, we support one another without expecting anything in return, we reach out, and sometimes we let go. We put dishes across a dinner table now and again and ask someone to share a meal with us, and that meal tastes like love.

Tampopo is a strange-tasting comedy that complements the nation of food and sexual hunger. The film follows a journey to open the perfect noodle soup store, focusing on individuals and their unique cuisine conceptions, including gangsters and elderly women.

This film is a contemplation on consuming and what it means to consume beyond satisfying one’s hunger.

Also Read: Batman Fan? Here are 10 Of The Best Joker Quotes From “The Dark Knight”

Batman Fan? Here Are 10 Of The Best Joker Quotes From “The Dark Knight”