Behold, a list of forgotten Bollywood actresses that we caught a glimpse of and expected a lot from, but who vanished after a short romance with stardom, they deserve our recognition! 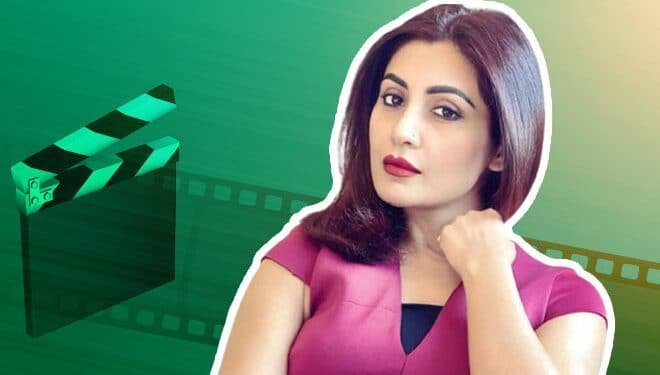 Every day Bollywood sees a countless number of new faces coming in and going out. Only a handful of them manage to make a name for themselves in Bollywood. While some choose to leave the limelight, others just might not be lucky enough to make a career out of it. Regardless, we have enjoyed their contributions to Indian cinema!

Today, BuzzPedia presents you a list of such forgotten actresses from the Bollywood industry

Lamba was once again seen in 2014 as a participant in Colors TV’s Big Boss 8. Later in 2015, she married her long-term partner Ryan Tham and left the Bollywood limelight.

Before Bhumika entered Bollywood, she had already made her name in Telugu and Tamil films. She made her debut with the Telugu film Yuvakudu (2000). She entered Bollywood with Salman Khan as her co-actor in Tere Naam (2003). She also starred in several other films like Run (2004), Dil Ne Jise Apna Kahaa (2004), Dil Jo Bhi Kahey (2005), etc. She also appeared in Dhoni: The Untold Story (2016) as Dhoni’s younger sister.

Kim Sharma is an Indian model and actress who began her career by appearing in ad films. She has appeared in several advertisements, including Sunsilk, Pepsi, Tata Safari, Pond’s, Fair & Lovely, etc. She is also the brand ambassador of Olay India. She made her acting debut in the film Mohabbatein (2000), alongside SRK and Amitabh Bachchan. She also managed to secure herself roles in smaller films such as Tum Se Achcha Kaun Hai (2002), and Tom, Dick, and Harry (2006).

Her career was rather short-lived. She disappeared from the Bollywood limelight after her relationship with Yuvraj Singh ended. Later she married Ali Punjani, a Kenya-based Indian businessman, and left India with him.

Tanushree Dutta is an Indian former model and actress who primarily worked in Bollywood. In 2004, she won the title of Femina Miss Universe at the age of 20, as a result, she was qualified to represent India at the Miss Universe 2004 Pageant.

Dutta made her Bollywood debut in the year 2005 with the movie Chocolate. Later in the same year, she appeared in the blockbuster Aashiq Banaya Aapne. After her last film Ramaa: The Saviour (2010), Tanushree Dutta stopped appearing in Bollywood.

In 2018, in an interview with Zoom TV, she accused Nana Patekar of sexually harassing her on the set of Horn ‘OK’ Pleasss (2009). She was once again highlighted in media, but this time her voice acted as a catalyst for the “Me Too” Movement in India.

Rimi Sen is an Indian actress and producer who made her entry into the world of cinema as a child actress. She made her Hindi debut in the hit comedy Hungama (2003), for which she was nominated at Filmfare Awards for Best Female Debut. Later she appeared in several successful films such as Baghban (2003), Dhoom (2004), Phir Hera Pheri (2006), and Golmaal: Fun Unlimited (2006). She also appeared as a contestant in Big Boss (2015).

Rimi Sen stopped acting after a few unsuccessful roles and has since shifted to producing under her real name, Subhamitra Sen.

Mamta Kulkarni’s success slowed down after her controversy with China Gate co-star Rajkumar Santoshi. The movie turned out to be a huge flop, and Kulkarni accused Santoshi of cutting her screen time. Her career spiraled after this incident. Her last movie was Kabhie Tum Kabhie Hum (2002), after which she quit cinema.

Ullal is one of the actresses in Bollywood who Salman Khan introduced. She made her debut in Hindi cinema in 2005 with the movie Lucky: No Time for Love (2005), alongside Salman Khan. She got her recognition in Bollywood because of her striking resemblance to Aishwarya Rai.

However, according to Ullal, this recognition was not enough to help her career. Sometimes after her debut, she left Bollywood to work in the Southern Cinema.

10 Reasons Why Monica Geller Is An Unappreciated Character