Honestly, though, they don’t make music like they used to. While some of the singers from the 1990s have stayed in the spotlight, others have faded from view and have since been forgotten. We've tracked down some of the most popular but forgotten singers of the 90s who gave life to music. 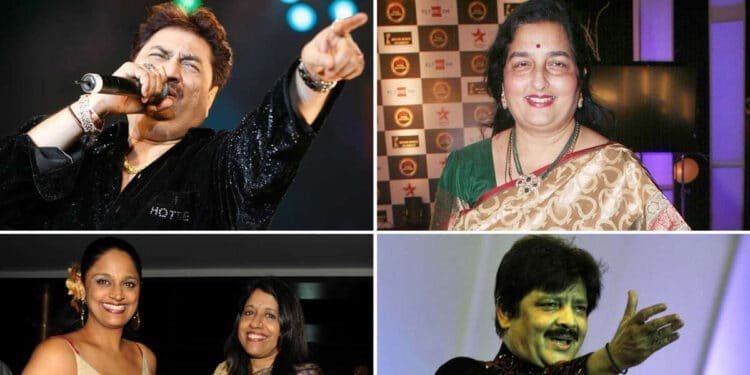 Kumar Sanu, the evergreen singer of the 1990s, made a spectacular comeback with Dard Karara in Dum Laga Ke Haisha. We were all ecstatic since the voice behind hits like Chura Ke Dil Mera, Tu Mile Dil Khile, and Ankh Hai Bhari Bhari had been missing from the music industry for so long that we didn’t even realize we needed him back.

All ’90s kids often find themselves nostalgically recalling the music that defined their upbringing. The majority of these singers have vanished into obscurity. These 90s pop singers gave us Bollywood chartbusters, and it wouldn’t be wrong to say that the music industry now is only churning out old songs and giving us remakes and remixes.

We are compelled to think of the era before Arijit Singh and Atif Aslam. Honestly, that was gold. I’m glad that I was born at that time and this music was a part of my life.

Did you know that before making his Bollywood debut, KK sang 3,500 jingles?

In the 1990s, SP Balasubrahmanyam was Salman Khan’s voice, singing for films such as Maine Pyar Kiya, Hum Aapke Hain Kaun and Saajan are to name a few.

Dil Deewana, Tum Se Milne Ki Tamanna Hai, and Mausam Ka Jaadu are just a few of the Bollywood treasures created by the man who has recorded almost 40,000 songs.

Do you recognize the man who sang the title songs of the film Munna Bhai? It was none other than Vinod Rathod, who gave us songs like Ae Mere Humsafar, Aisi Deewangi Dekhi Nahi Kahi, Nayak Nahin Khalnayak Hoon Main, and Romeo Naam Mera Chori Hai Kaam Mera in the 1990s.

Shaan’s melodies and smile live on in our hearts to this day.

Sonu Nigam’s melodies were captivating, from Saathiya through Deewana Tera and Bijuria. In the 1990s, he was a household name.

Let’s face it. We didn’t just listen to her songs; we danced to them as well. Falguni Pathak, now known as the dandiya queen, was a pop princess in her day.

Daler Mehndi popularised Punjabi music all over the world, from Bolo Ta Ra Ra to Dardi Rab Rab Kardi, Sadde Nal to Tunak Tunak. Did you know that he was featured in Time Asia Magazine?

She quickly transitioned to devotional songs, and her Bollywood career came to an end.

Her captivating voice has left a lasting impression on our hearts and has yet to be replaced.

His tunes are what 90s kids grooved to, from Bheege Honth to Channa Ve, from O Humdum to Dupatta Tera Nau Rang Da.

Her distinct voice is unmatched in the profession. Her folk-pop fusion was a signature of the Rajasthani singer.

Also Read: 13 Years Of Rock On