F.R.I.E.N.D.S : 10 Scenes that never fail to pull on our heartstrings.

by Garvit Sharma
in Buzz, Listicles
0 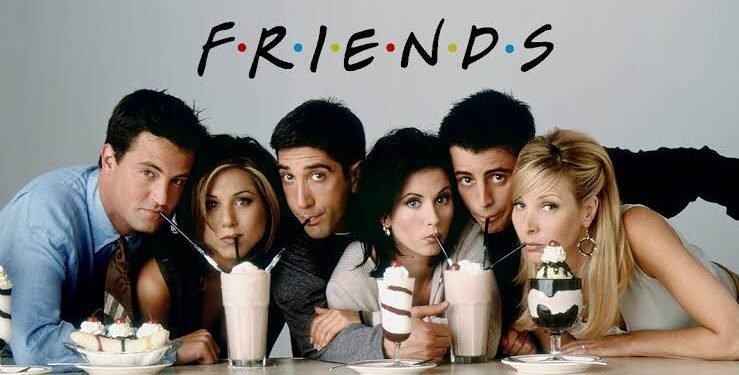 One of the best and most iconic sitcoms of all time, Friends has provided fans with so many moments from so many characters that will be remembered for generations to come. With its quality writing and cast, the show is brilliantly funny and is so easily digestible with its beloved characters and storylines. Even in this pandemic, this is the most-watched sitcom on Netflix and the fans are not surprised by it as it is truly the best.

While it does bring a lot of happiness to fans and there are some hilarious and joyous episodes and moments, the show is not short of its reach for the tissue’s emotion. Through all ten seasons, there have been a lot of moments that have struck a sadness within its fans and sometimes dropped tears of joy or sadness.

Here are 10 scenes in Friends that always pull on fans’ heartstrings.

Any lover of animals who love Friends, or any big fan of Ross or even just Marcel, would have found the episode, and specifically the moment, where Ross has to give Marcel away emotional.
While Ross seems problematic to a lot of people, there is no denying his love for Marcel was real and giving him away was hard. Marcel brought cuteness and fun to the show as well as being a way for Ross to deal with all the stress in his life. In season one episode ten when Ross says goodbye to the monkey, one can not help but feel sad for all parties. And we all lover Marcel don’t we?

After six seasons and six episodes together as one of television’s most iconic duos, Chandler moved out of his and Joey’s apartment, the end of an era. Even though it was just across the hall it was still an emotional moment for the duo and for all the fans.
As Chandler and Monica’s relationship reached its next chapter, an era of Joey and Chandler and the pair’s time living together comes to an end. While Rachel was also moving out and that too was sad, seeing Joey and Chandler hug for the last time as roommates and realize the six years of being together always was over hit different and was a sad day for audiences. It still is a tough decision whether we wanted to see more of Joey and Chandler or Monica and Chandler?

After Chandler moved out, Joey didn’t let anyone become his roommate for long.

The two not being together is sad enough, especially after that Joey hug, but when the two starts to realize just how much they miss the other it gets tearful. Knowing how much they miss each other but that neither of them realizes just how much sucks, for those four episodes with Eddie replacing Joey in the apartment, it is sad times – especially with that “All By Myself” sequence.
Every still remembers their time together and the recliner, the pool table, the tv and all the things Joey and Chandler made memories on.

For a long time in Friends, it seemed like David was the one for Phoebe and that she may never settle down, then a young, charismatic Paul Rudd came along and everything changed. It seemed like the two would last, and then as they were moving in with one another, they broke up.
Even though they did end up together in the end, it was a sharp shot of sadness when the two called it quit  in episode sixteen of season nine. Through their first stint together Phoebe had even chosen Mike over David upon David’s return, showing the love she had for him, while Mike professed his love for her to his disproving parents, having them breakup was both upsetting and frustrating.

Long before London, before Chandler, and before the idea of being attracted to Chandler was there, Monica had her eyes on one man and one man only, Richard. After a long run of awful luck with men, Monica met Richard, a friend of her dad’s and her eye doctor, and they both fell in love.
They seemed perfect together and seemed meant to be to a lot of fans, but when it comes to light that Richard does not want kids, cracks start to form and while at Rachel’s ex-husband’s wedding, the two decided to end things and it is heartbreaking to watch.

In her quirky and caring nature, Phoebe agreed to be a surrogate mother for her brother Frank and his wife Alice. This resulted in her being pregnant with triplets and in season five episode three, she births them and has to give them up.
While she is adamant at the start of the pregnancy she will have no issue giving the children up, by the end, this is not true as she even tries to get Rachel to ask Frank to let Phoebe keep one. When Phoebe endures labor and the triplets arrive she has a moment alone with them and, even though she is their aunt, says she wishes she could take them all home. Her mother’s instinct was strong but her commitment to her brother was stronger the dilemma and giving away what she wanted the most made all of them and us cry together.

The romantic pairing of Joey and Rachel was one of the Friends’ most controversial plotlines, but there were some who got behind the relationship. Whether you loved it or hated it, you can’t deny that Joey’s torch for Rachel led to some of the goofy, womanizing character’s sweetest, most romantic moments on the show (especially in contrast to his early horndog ways). In particular, the moment when, after much angst, he finally tells Rachel he’s falling in love with her really tugs at the heartstrings. It’s so genuine, and the first time Joey’s felt that way about anyone — a fact that even moves Ross to give him his blessing. Rachel doesn’t reciprocate, but their mutual cry-fest and pledge that this won’t change their friendship are perhaps even more heartwarming.

03. FINDING OUT CHANDLER AND MONICA CANNOT HAVE KIDS
( Season 9 Episode 21 – ” The One With The Fertility Test”)

Arguably Friends’ best couple, Monica and Chandler seemed destined for marriage and children from the moment they first proposed to each other. But, after a long time of trying, in season nine episode twenty-one the two take fertility tests and find out that in fact, they cannot have children. It was so clear for years how much Monica wanted children and how much she and Chandler wanted them together. When Chandler delivers the news to Monica that they cannot have children together it is heartbreaking, while they do adopt children, in the end, this moment and the fact they cannot have kids by themself is one of the saddest moments in all of the show.

After finally getting together following the heartbreakingly sweet prom video incident, all was well with Ross and Rachel until the episodes leading up to the fifteenth of season three. After seeing the pair going on a break (or breaking up in Ross’ eyes), then seeing Ross had slept with Chloe from the xerox place and then knowing Rachel wanted back together was enough for the heart. A quick breakup would have been easier in the end, however, that is not what happened, it was long and emotional and when Rachel breaks up with Ross and the two sob, it is heartbreaking for fans.

After ten amazing seasons Friends came to an end in 2004 and its finale was spectacular. Rachel got off the plane, Chandler and Monica had their children and the gang was helping Monica and Chandler move. It was emotional and beautiful with the very end scene being a sobfest for fans.

All six friends stand in the classic apartment with one another, every one of them having lived there at one point, all of which need to give back their key and when they do, and they leave for coffee it is heartbreaking. With one final joke from Chandler, the camera pans around the apartment one final time and the show ends. Beautiful and heartbreaking, before you put on season one to cheer up.

While these are just 10 scenes, there is n number of scenes which made us smile, laugh, sad and cry. When Phoebe said to Joey, ‘Girlfriends and boyfriends will come and go but this, this is forever’ and so for friends fans, FRIENDS IS FOREVER. it’s evergreen.
Please comment and let us know about your most favourite scenes. We would love to know about it.

5 Korean Dramas That Would Leave You Wanting For More