After a fact check, it was discovered that Gosiame Thamara Sithole was mistakenly awarded for breaking the Guinness World Record. 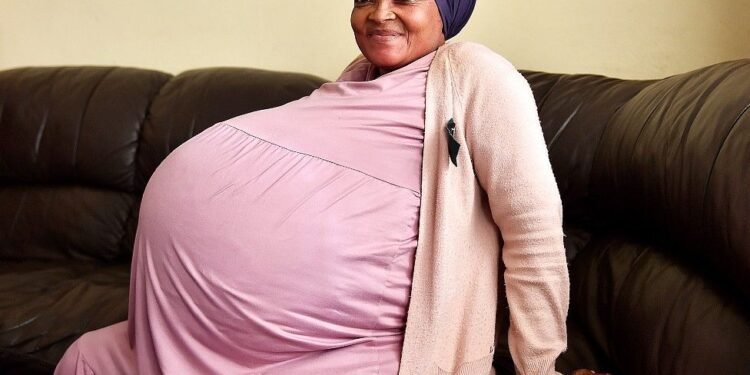 Giving birth to a child is one of the most joyous experiences a mother can have. You’ve probably heard a lot of stories of mothers giving birth to twins or triplets.

Have you ever heard of a lady giving birth to ten babies at the same time?

According to rumors, this South African mother gave birth to ten children and set a Guinness World Record, however, this is not the case. There were reports that the woman had broken the world record.

The allegation is false, according to a fact check conducted by Lead Story. This woman was falsely accused of carrying 10 children in her womb at the same time and then giving birth to them safely.

According to a story in Pretoria News, the mother called Gosiame Thamara Sithole gave birth to seven boys and three girls.

The babies, however, have not been seen in public and there are no photographs of them, according to Lead Story’s fact check.

Furthermore, no hospital or doctor has confirmed the simultaneous birth of ten infants. Furthermore, the South African government has been unable to establish if the woman has set a new world record.

According to Sithole’s husband, the physicians identified eight kids during the tests, but the mother gave birth to 10 on Monday night. It is, however, false information.

On a similar topic, Nadya Suleman holds the Guinness World Record for having the most children survive a single birth. In the year 2009, she gave birth to six boys and two girls in California, the United States.

“The Suleman octuplets are only the second full set of octuplets to be born alive in the United States and, one week after their birth surpassed the previous worldwide survival rate for a complete set of octuplets set by the Chukwu octuplets in 1998,” according to the Guinness World Records website.