Who doesn’t love a little thrill and horror? There is something about the dark that attracts us to it. Our quest for the unknown often takes us too far. And isn't it we all love to do, especially on Halloween?

by Yashasvi Singh
in Listicles
2 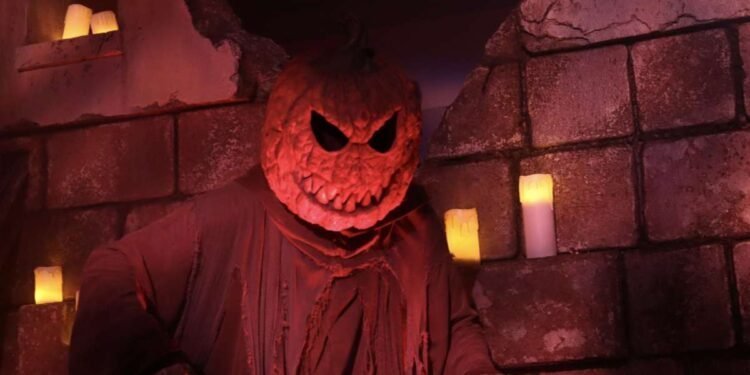 There’s never been a better time for some spine-chilling shivers than Halloween. Normally, most of us like to watch horror movies, but what if we tell you that a better spooky experience can be attained by playing some fun games.

We’re talking about the spooky games you might have played as a kid at sleepovers, where it was easy to convince yourself that you summoned real ghosts or tapped into the supernatural.

You can turn off a horror movie, but there’s nothing you can do if you fear you’ve unintentionally opened a portal and unleashed some extremely furious spirits besides closing your eyes and hoping it’s all in your brain.

Here are 10 scary games you may play with your pals, regardless of their age, because you’re never too old or too young to be terrified by a few free games. Turn off the lights, close the blinds, and prepare to play these horror games, and recall why it’s so much fun to scare others and yourself. 😉

We were having nightmares just thinking about this game. It entails taking an empty elevator to a specific floor sequence, which is believed to transport you to an alternate dimension where forces will attempt to capture you and prevent you from returning to your own.

Sure, it’s probably a load of nonsense, but who knows? You’re playing at your own risk!

This is a ridiculous game that you can play with two coins and a friend. Place a coin in each of your hands and sit facing each other. “Sara Sarita, may we join your game?” they ask simultaneously.

Then toss your coins in the air. It’s a yes if you both get heads. “No” is indicated by two tails. If you get opposing viewpoints, it’s a “maybe,” and you’ll have to re-ask.

You can ask Sara Sarita whatever question you want once she agrees to let you play. After you’ve finished playing, you’ll have to exit the game and re-flip your coins.

A classic sleepover game is Bloody Mary. Here’s how you play if you somehow missed out on the “fun.” Call Bloody Mary’s name three times in a darkened restroom, facing the mirror.

You might be able to see her face if it works. She may scrape at you or even pull you through the mirror into her world, depending on what she thinks of you. Fun.

This one is only disturbing because it reveals how twisted your buddies are. One person should be “the speaker” and narrate in detail how you were slain and filled with sand while another person lies face down on the ground.

While softly rubbing your legs and arms, they should get into as much detail as they can. You’ll feel as if your body is full of sand when you get up… whatever that implies.

Here’s what you should know about Ouija boards: You’re stuck with it once you buy them. Playing with certain “fearless” teenagers, on the other hand, maybe a lot of fun.

The game was once touted as a mystical instrument that answered your most pressing questions “about the past, present, and future with astounding accuracy” when it was first introduced as a parlor game in the late 1800s.

“Never-failing enjoyment and recreation for all classes,” it claimed, as well as a link “between the known and unknown, the material and spiritual.”

Whether you believe in its extraterrestrial abilities or not, keep in mind that it only functions if no one moves the planchette.

The Midnight Game is the way to go if you want to spend three hours and thirty-three minutes in complete horror.

The basic premise is that at midnight, you must complete a set of instructions to awaken a homicidal “Midnight Man.” He’ll then pursue you till 3:33 a.m. in your dark abode. And with that, we’re done!

It doesn’t matter if you employ palm reading or Tarot cards to predict the future; just because these are conventional ways of doing so (if you believe in such things) doesn’t mean it’s not terrifying.

Someone in the group should be able to read palms, so they don’t confuse your lifeline with the paper cut you’re currently sporting.

Let it be known that we are huge lovers of any scary game that requires the presence of other individuals. There’s something to be said for the security of a group! As a bonus, this game is quite simple. You’ll need a group of ten people (including yourself) to form a circle with their phones in their hands.

Everyone gets the phone number of the person on their left and dials it. Then everyone pushes send at the same moment. The majority of folks will get a busy signal… yet there is hope (fear?) that someone will get the Answer Man.

You are free to ask him questions, but he is entitled to ask you one for each one you ask. What happens if he doesn’t like your response? Bad things are happening to you, friend.

Is this a solo game… or is it? Three Kings is claimed to transfer players to another world and provide insight into their past and present. Some gamers claim to have experienced lucid dreams in which they spoke to themselves. That isn’t at all spooky.

Here’s how it’s done: Place two mirrors across from each other and sit in a chair (the throne) between them, avoiding looking in the mirrors. The player should hold a lit candle in their palm, but avoid looking at it or allowing it to go out.

Without knowing which is which, the player represents the King, while the other mirrors represent the Queen and Fool. At precisely 3:30 a.m., the ritual can begin, and the player can begin asking inquiries into the darkness.

If all goes well, one of the mirrors will respond, but since one is the Fool and the other is the Queen, players must take answers with a grain of salt.

For this game, you’ll need four players. Turn off all of the lights and place each individual in a different corner of the room.

All of the players should perform a few physical acts, and tradition has it that moving in the corners of a dark room might summon demons.

In the dark, you could even notice anything shifting! It’s up to you and your buddies to figure out if it’s poltergeists or collective paranoia…

Also Read: 9 Things Peer Pressure Compels Us To Do

Hum Do Hamare Do Review: A Movie Held Up By Its Impressive Performances!