Regarded as one of the most influential figures in the pop industry, The Queen of Pop, Madonna turns 63 today. Let's check out some of the lesser known facts about her. 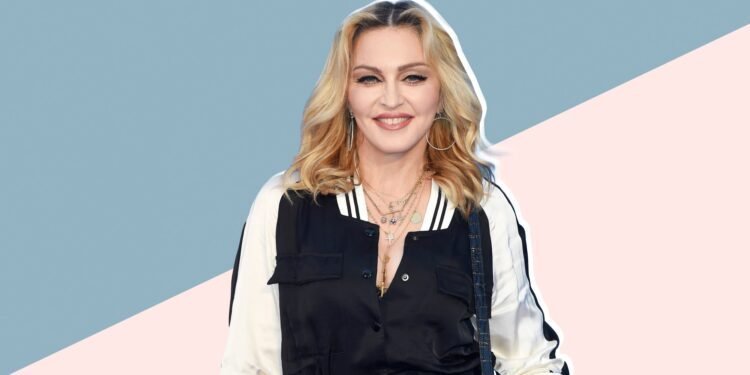 Born in 1958, Michigan, Madonna heralds the position of the highest-selling female artist of all time. Although many people already know about this pop icon thanks to her large fan following, there are some impressive facts about Madonna that are still hidden.

As a tribute to more than 30 years of pop and never-ending entertainment, we have compiled a list of 10 facts about this icon you probably didn’t know!

1. Madonna was once a Cheerleader.

At the time when she attended school just like everybody else, Madonna was a cheerleader.

No wonder her music videos showed her patented dance steps! She was in Rochester Adams High School.

2. She dropped out of college.

Dropping out of college with only $35 in her hand, Madonna left for New York City at the age of eighteen! What’s more, is that she was a brilliant student and was used to getting good grades.

The 35 dollar story is, however, only told by Madonna.

3. She was fired from Dunkin’ Donuts.

Trying to make both ends meet, Madonna toiled at Dunkin’ Donuts while simultaneously working as a dancer in New York City.

She was reportedly fired for splashing a jelly at one of the customers! No wonder she has been at the center of several controversies.

4. She was rejected several times.

Madonna tried auditioning for several musical theatres with no money, but luck was not yet on her side.

She did not have the funds to train herself in singing, and as a result, she was rejected several times.

5. She is not included in the Hollywood Walk of Fame.

In 1990, Madonna was nominated to obtain a star on the Hollywood Walk of Fame.

However, the pop icon showed no interest in the proposal and turned it down.

Although not a popular or acclaimed one, Madonna directed two films, Filth and Wisdom and W.E. They did not receive any special recognition.

Madonna also worked as an actor in several movies. Her creativity does not limit itself to just singing!

7. Two of her videos have been banned by MTV.

Accumulating controversy several times throughout her career, two of her videos were banned by MTV–”Justify My Love” and “What It Feels Like for a Girl.”

Madonna has been a vegetarian since the age of 15. In an interview, she said that she tries really hard to resist her unhealthy food cravings and avoids oily food.

Believe it or not, Madonna has written children’s books.

Her books were finally accepted and published in 2003, and since then, she has written twenty books.

It is hard for those who have watched the film to imagine anyone other than Whitney Houston in the role.

But it is a fact that Madonna might have earned it, but she lost the bid!

Happy Birthday Saif Ali Khan: From Dil Chahta Hai To Rangoon – A Walk Down The Best Performances On His 51st Birthday!

Happy Birthday Saif Ali Khan: From Dil Chahta Hai To Rangoon - A Walk Down The Best Performances On His 51st Birthday!