Happy Birthday, Sunidhi Chauhan– 5 Songs That Proves The Versatility Of This Vocalist!

On Sunidhi Chauhan's birthday, let us take a look at some of her songs that are an open testimony of her versatility! From Dhoom Machale to Ae Watan, Sunidhi has managed to fill her energy in every song. 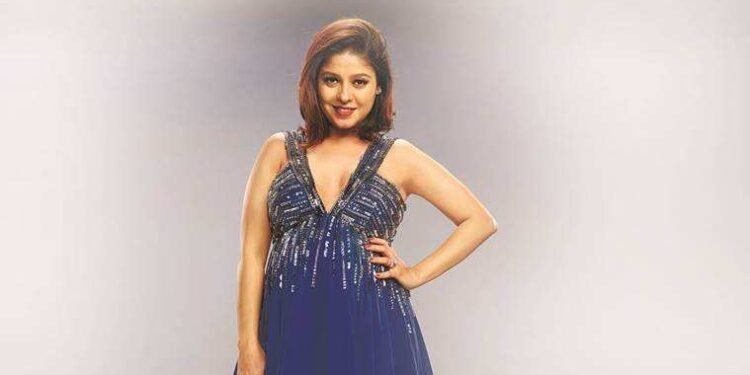 Beginning her career at the mere age of 12 with the film Shastra, Sunidhi Chauhan has made her name in the list of top singers of the country. Hailing from New Delhi, Sunidhi Chauhan started performing at local events when she was only 4.

She went on to win the reality show ‘Meri Awaz Suno.’ Realizing that her skills need some polishing, she joined an academy for a while and subsequently worked as a background vocalist. In the year 1999 with the film Mast, her breakthrough came with the song Ruki Ruki Si Zindagi.

To bring her to the Bollywood industry, her father gave up his job. Initially facing many difficulties in settling in the hub of Indian Cinema Mumbai, the support provided by Sunidhi’s family helped her in becoming the star she is today.

No wonder she was offered to sing alongside Udit Narayan at the age of 12. Over the years, she has established her name as one of the most versatile vocalists in India. Her versatility is proven by her songs as well.

On her birthday today, let us take a look at some of her best songs over the years!

This beautiful song from the movie ‘Faana’ blends the voice of Sonu Nigam and Sunidhi Chauhan. Sunidhi manages to swirl the song, never once letting her counterpart take it over. The lyrics are composed by Prasoon Joshi. Kajol and Aamir Khan only magnify the magnificence of the song with their skills. It is really hard for all the new songs to beat this old gem!

A song that almost all of us must have listened to and danced to in our childhood, Dhoom Machale is energized only with the strong vocals of Sunidhi. If it has been quite a well since you listened to this song, go ahead and do it once! Do notice the composure of the singer as she vocalizes the vibrant and powerful lyrics.

Sunidhi has offered us the best childhood songs! From the movie Rabb Ne Bana Di Jodi, Dance Pe Chance is already filled with a zeal further amplified by Sunidhi’s voice and retained by Anushka’s energy!

If you have watched Raazi, you already know the sheer beauty of this song and the film as well. Sunidhi Chauhan has perfectly sung the patriotic lyrics composed by Gulzar. Whenever this song plays, it is bound to give you some chills. She has been known for her pop songs crammed with enthusiasm, but this is undoubtedly the most underrated song of the singer.

Created for the film Dhoom 3, Kamli is another rocking song that Sunidhi managed to sing incredibly. With Katrina Kaif’s extraordinary dancing moves and Sunidhi’s powerful voice, the song clasps the audience’s attention just like Katrina grabbed Aamir Khan’s attention in the music video. Sunidhi has made us all Kamli over her stunning vocals!

One of the best songs recorded by Sunidhi, this song can be truly felt, thanks to the singer’s passion and emphasis. It is startling to observe that the same person who sang Shiela Ki Jawani and Dhoom Machale also sang Pyaar Ki Ek Kahani Suno!

It was composed for Honeymoon Travels Pvt. Ltd., and without a doubt, it gives off the perfect vibes!

In the world of Saki Saki and Dilbar, Sheila ki Jawani still manages to give a tough competition. From the film Tees Maar Khan and another Sunidhi-Katrina music video, this Vishal-Shekhar composition is bound to make you dance whenever it plays!

Also Read: If You Love Reading Stephen King–Here Are The 5 Reasons You Will Definitely Love Stranger Things!