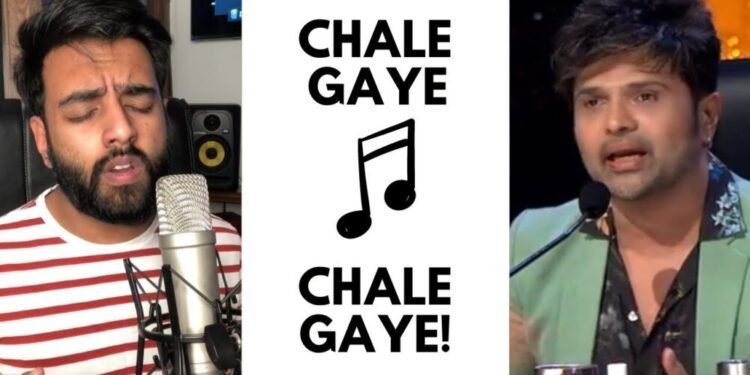 Yashraj Mukhate is not just a name but has become a sensation after the “Kokilaben” song hit millions of views and shares overnight. His much hard-work was praised in not just the Bollywood, but by many known names outside the Industry, like Smt. Smriti Irani. Last week after releasing a video on India’s well-known stand-up Comedian Zakir Khan, Yashraj is all set with his latest release on the Bollywood Singer Himesh Reshammiya from the times when he was judging the famous reality show Little Champs on Zee TV.

The name of the song is “Chale Gaye Chale Gaye”. “This is for you @realhimesh you are very good superb fantastic outstanding mind-blowing historic unbeatable fantabulous Jai Mata Di let’s rock. Thank you for all the amazing music you gave us!” the caption under the song read on his Instagram and YouTube.

This 24-years old guy has something so starling in his abilities that he always manages to outstand everyone else. On his last on Comedian Zakir Khan, he took out the snippets from his routine comedies on stages and compiled into one song named “Accha Theeke”.

Similarly, spinning a scene from an Indian daily soap he has never watched except for the memes he might have somewhere come across also gives a true example of his striking talent and intellectual mind. “I never watched Sath Nibhana Saathiya when I was younger but I did know that this character Gopi Bahu was trending and is shown dumb in the show,” Yashraj said in an interview with the E-Times.

It would be indeed a curious thing to wait and watch who is going to be the next rapper in his future releases because it’s already said that Yashraj can even make “Dhinchak Pooja” sound melodious.

Justice Mudgal opined a rather different belief on sports betting