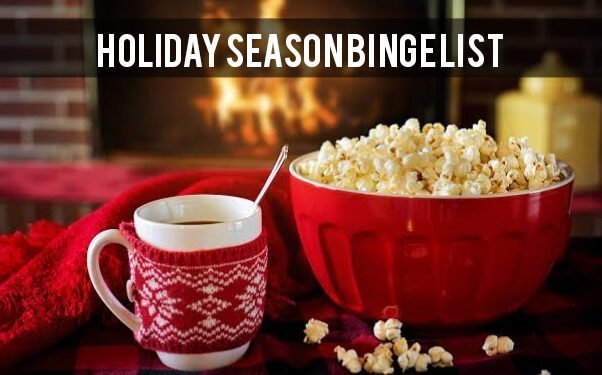 For the better or worse, the year is coming to an end and there is nothing better than some feel-good movies to spend the holidays with. As we look back at the year gone by, there is a lot that runs through our mind and even more when the year is 2020. Whether 2021 would come as a relief or not, is a question only time shall answer.

Nevertheless, we can look forward to it in high spirits and hope that it brings us luck. But for now, when there blows cold wind outside the window, we might just want to spend the holidays in the warmth and comfort of our homes. In that case, a list of ‘happy ending’ movies and a cup of hot chocolate would be the best company.

Here are a few movies you might want to add to your watchlist:

What happens when a carefree charmer (Joseph) is put on the line by his mother to crack a deal before Christmas to prove his worth as an heir to the company? Well, he would crack it in a go. But what happens when the deal is to coax a farmer (Callie) to sell off her family inheritance she is adamant on not giving up? Caught in a mistaken identity of a ranch hand, Joseph (Josh Swickard) has to get his hands dirty on the farm to impress Callie (Lauren Swickard). Directed by Shaun Paul Piccinino, this is a holiday binge for sure.

A Cinderella Story – Once Upon A Song

This modern Cinderella story with a musical spin is the story of a high school girl Katie Gibbs (Lucy Hale), who lives a very Cinderella life. She always wanted to showcase her talent in music but has to hide herself in the dark, playing the shadow of her stepsister Bev (Megan Park). But what happens when the country’s heartthrob Luke Morgan (Freddie Stroma) joins her Performing Arts School?

Instead of the ball, she performs an original song to him at a masquerade and this Prince Charming is all set to find his Cinderella and the only lead he has is not a glass slipper but the lyrics of the song. Filled with great voices and wonderful music, this Damon Santostefano directed movie is a great holiday binge.

This beautiful story of an uncle and his niece is not the most conventional happy ending movie. Frank Adler (Chris Evans) is a single man raising his only love, his niece Mary Adler (Mckenna Grace) who is a mathematical prodigy like her mother. Things are going well but only till Frank and his mother Evelyn get into a legal battle of Mary’s custody.

Evelyn is ready to go any length to get Mary complete the project her mother started but couldn’t complete in her lifetime. Will Frank let Mary be yet another workpiece to Evelyn like his sister or will he let her lead a normal life. This Marc Webb directed movie is an emotional ride which is sure to leave you teary-eyed and a warm happy feeling all at the same time.

The Knight Before Christmas

Brooke (Venessa Hudgens) is a high school science teacher who has been deceived by love and now lost faith in its existence. Sir Cole (Josh Whitehouse) is a medieval Knight who is on his quest to prove his worth as a knight. Sir Cole is transported to present-day Ohio by a sorceress where the holiday season is on its zenith.

Befriending Brooke, Sir Cole tries to learn about the life of the modern world. Involving magic and miracles, this Christmas movie is light-hearted and leaves behind a trail of warmth and happiness. The exact two things you would want the year to end with. It is available on Netflix for you to watch.

Jane Nichols (Katherine Heigl) has a record of being the bridesmaid for 27 times. And she has saved all the dresses that keep reminding her of the happy days she’s been a part of, or so she thinks. But her life takes a sharp turn when her younger sister announces that she is getting married, to the man Jane secretly loved.

Kevin Doyle (James Marsden) is a cynical journalist who crosses path with Jane at a wedding and mocks her for being obsessed with her bridesmaid dresses. As Jane’s sister and Kevin lock their horns, Jane has to be the bridesmaid again, this time for her sister and she is not really looking forward to it. Directed by Anne Fletcher, this is a light watch that is sure to lift up your mood.

Yet another movie about weddings? Not really. This is the story of two childhood best friends Liv (Kate Hudson) and Emma (Anne Hathaway) who had chalked out every detail of their respective weddings at the Plaza Hotel when they first witnessed a wedding there, 20 years ago. Now that it was about to happen, a clerical error assigns them both the same date, calling for a war between the two. The movie proceeds as the two try to sabotage each other’s weddings in a cat and mouse chase. Filled with pranks, smiles and tears, this movie is directed by Gary Winick.

He’s Just Not That Into You

This comedy-drama film is the story of four men and five women all on their journey of finding love. They have been failed and let down too many times to believe love whenever it knocks on their door. Starring actors like Scarlett Johansson, Ginnifer Goodwin, Jennifer Aniston, Justin Long, Bradley Cooper and a lot of others, this movie is a great watch for those who want to spend a good time staying indoors. Best suited for the holiday season the movie is directed by Ken Kwapis.

The Designated Ugly Fat Friend is not a title anyone would want to own and definitely not a high schooler. Bianca (Mae Whitman) is best friends with two of the most popular girls of the school Jess and Casey but soon she realises that everyone has been using her to get to them which causes her to call it quits with them.

Wesley Rush (Robbie Amell) is her neighbour and friend ever since they were toddlers. He helps get her in touch with the guy she has a crush on, but things don’t really turn out as magical as she wanted. The movie proceeds as Bianca decides to disown the title of The Duff and be her unapologetic self. Based on the novel of the same name by Kody Keplinger, the movie is directed by Ari Sandel.

Not everything you wish for you want to come true, or do you? Whatever it is, Mike is granted a wish he would have never thought would come true. The 37-year-old Mike O’Donnell (Matthew Perry) is not happy the way his life turned out and he wishes he had chosen things differently when he was 17.

Granting him this wish, he wakes up to be the 17-year-old Mike (Zac Efron) and is now enrolled into school again. Befriending his son, he gets to know more about his children’s lives and gets a chance to rethink life. Does he do things differently? Watch it this holiday season to know.

Confessions Of A Shopaholic

Rebecca Bloomwood’s (Isla Fisher) life is all about fashion and shopping. She is addicted to it and cannot control herself from buying stuff whenever she crosses a store. Being under a huge debt, she accepts a job as a finance columnist for a high fashion magazine.

Writing under the pen name of ‘girl in the green scarf’ Rebecca finds herself falling for a wealthy entrepreneur Luke Brandon (Hugh Dancy) who is also her employer. On this journey of finding herself, Rebecca has a lot of baggage on her hands and those are not just shopping bags. The movie is directed by P. J. Hogan.

Love On The Slopes

Alex Burns (Katrina Bowden) is an aspiring travel writer who is running from the post to pillar to crack an article that would define her love for writing and she gets the opportunity when she gets to write about extreme sports-inspired by the photographs of Cole Taylor (Thomas Beaudoin).

As she takes on the journey uphill, she has a lot to hide than just her fear of heights. The extreme sports throw her out from her safe haven and she learns a lot more about herself. How the photographer and the writer find themselves and each other, is what carries the movie forward.

When the New York-based editor Margaret (Sandra Bullock) is faced with deportation to Canada, she fights her way to stay back in the States by cracking a deal with his assistant Andrew (Ryan Reynolds) to pretend as her fiancé and she would return the favour with a promotion. However, a trip to his hometown brings them a lot more surprises. This journey of two people who cannot stand each other but eventually fall for one another is one of the classics. The director Anne Fletcher has brought a very fit holiday binge movie.

What is it like standing in someone else’s shoes? Or maybe entering their body and living their life? Well not the most regular thought that crosses our minds, but that is what exactly makes this movie a worth watch.

When Woody Deane (Kevin Zegers)  and Nell Bedworth (Samaria Armstrong) are cast under a spell which interchanges their souls, how would the literature-loving antisocial girl feel like living the life of the popular football player of the school, and vice versa? It is a delight to watch the two embrace each other’s lives and overcome the hurdles on one another’s behalf. It is directed by Nick Hurran.

The Spirit Of Christmas

Kate (Jen Lilley ) is a very focused lawyer who wouldn’t let anything come in between her work, but what if her promotion depends on clearing a property that is haunted? Or even worse when the ghost or the spirit Daniel (Thomas Beaudoin)  is cursed to come alive only 12 days before Christmas, the time she has to get the property? This is not the conventional Christmas movie, it has mystery, love, festivity and paranormal activities. Directed by David Jackson, this is a great watch on a cold night.

Kate Kassell (Portia Doubleday) is a fashion designer and is all set to join her father’s company but will her stepmother and step sisters let her get into the good books of her father? Of course not. But Kate is not someone who will give up easily.

Trapped in an identity switch and the drive to expose her steps, she is trying to win her father back with the help of her godparents. Although it is based on the Cinderella storyline, the Prince Charming is not really the centre of the story. Marc-André Grondin plays Daniel who supports Kate in her journey. Directed by Sean Garrity, this movie is a fairy tale.

17 Holiday Movies To Bring In Some Holiday Cheer to you