How Rani Mukerji’s ‘Mardaani Anthem’ Even After 7 Years, Continues To Inspire Women To Be Courageous

On the 7th anniversary of Mardaani, we picked the anthem of the movie to give all women the courage they require in everything they do. 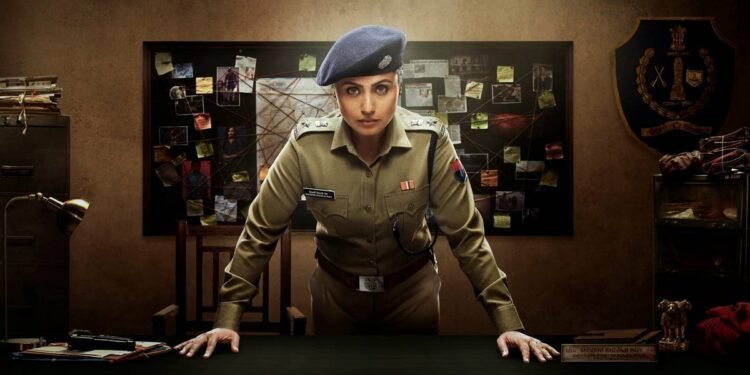 In a country like ours, women still have to fight for equal rights in certain areas. Women’s safety is a huge worry as a result of tragic incidents that are frequently reported in the news. Mardaani, starring Rani Mukerji, was one of the few films that managed to portray women in a bold and daring light.

Pradeep Sarkar directed the 2014 success, which was written by Gopi Puthran, who also directed the sequel starring Rani in 2019. Today marks the 7th anniversary of the film, and we’d want to remind you how the Mardaani Anthem continues to encourage and inspire women.

The movie is centered around Rani’s character Shivani Shivaji Roy, a brave and daring cop on the hunt for a villain named Karan Rastogi (Tahir Raj Bhasin), who runs a cartel involved in human trafficking and narcotics. He challenges Shivani at every turn and asks her to discover him.

Shivani, despite being a no-nonsense officer, continues her quest for him only to unearth a massive human trafficking ring involving underage girls. While every scene, phrase, and frame in the film demonstrated how courageous and strong women can be when they need to be, the Mardaani Anthem featuring Rani is still relevant and encourages women to stop tolerating crimes and take a stand.

Rani played Shivani in the Mardaani Anthem, but it was the lyrics that made us go ‘Wow’ back in 2014, and they still seem pertinent today. The hymn, written by Kausar Munir and composed by Salim-Sulaiman, encourages you to speak up and be the change you want to see in the world.

Overall, it demonstrates that women can be both sweet and strong when necessary. It also mentions that women may be afraid to walk down the street late at night, but that anxiety can be overcome by making a change and channeling their courage.

The following are some lines from the Anthem that hit home right away:

The dramatic lyrics, when combined with Sunidhi Chauhan’s superb vocals and Rani’s fantastic and strong portrayal of Shivani Shivaji Roy, leave you with a “Wow”. Mardaani’s sequel, too, had a significant impact on everyone and served as a mirror to society.

But it all began with Mardaani, which launched an inspiring series that has wowed audiences of all genders. So, to commemorate six years of Mardaani here’s the song that continues to inspire women to be strong, courageous, and bold in any situation.