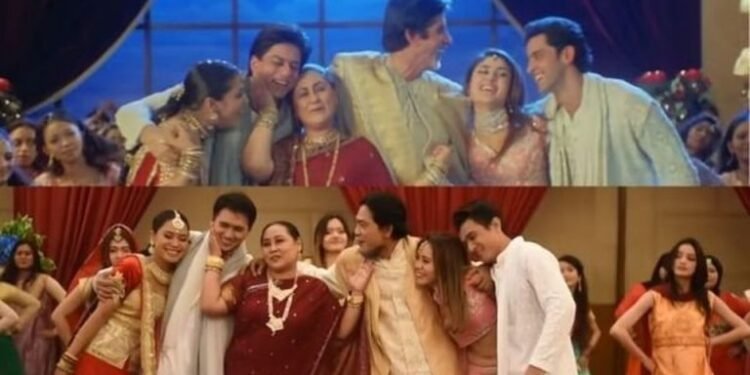 Bollywood is something not just Indians love but its love exists in faraway lands too. It has generated a separate kind of love in their foreign fans. These fans often prove their love for Bollywood films, songs, actors, costumes, etc in various ways. They sometimes left us in awe. One such group of fans is in Indonesia who is proving their love for Bollywood through their dance.

Of late, a dance sequence video has been doing the rounds for the last two days over social media. The video is copied frame by frame of the hit song “Bole Chudiyan” from 2001 Hindi movie, ‘Kabhie Khushi Kabhi Gham’, which has brought laurels to the Indonesian dance group after the video got viral from Vina Fan channel on Youtube. The Bollywood fans, as well as even the Dharma productions itself, passed Wow reactions to this beautiful recreation of the song. The praises are flying in from everywhere now and have helped the video receive a record view of 2 million so far and 129K likes.

We often see recreational videos of various Bollywood songs, but this one is different because they have not just danced on the song but they have recreated the set, costumes and characters. The recreation is so on the spot that one cannot find a difference. The dance moves, the expressions, the costumes, the makeup, everything is ditto as the original song. The brilliant dancers even lip-synced the whole song. It was absolutely wonderful to watch.

Vina Fan, the YouTuber who has shared the video on her youtube channel is a die-hard Bollywood fan. She stepped into the shoes of Kareena Kapoor for this song and paid full justice to the role of our “Poo” Vina Fan has said on her Instagram handle that the 8-min long recreated video is a special tribute to the original one.

There are tons of praiseworthy comments on the video from people around the world for recreating the iconic song without any sort of error. We are sharing some of them here with you.

Even the video reached Dharma productions and they gave a shoutout on their Instagram story.

In response to the appreciation received widely, Vina Fan took to Instagram to pass on thanks laden note to all the viewers and also to the Dharma Productions for its eye for appreciation. “Thank you very much for all the positive responses from you”, she wrote to the fans.

Vina Fan and her group have recreated many iconic Bollywood songs, like Pairon Mein Bandhan Hain from Mohabbatien.  We recommend you to give her youtube channel a tour, you’re gonna love it!

If you have watched the video, then let us know what was your first reaction after watching it in the comments section below. Also, keep checking our entertainment section for more such updates.

Remembering Agatha Christie on her 130th birthday- Mysterious facts about the mystery author!