by Sajid Ali
in Buzz, News
0 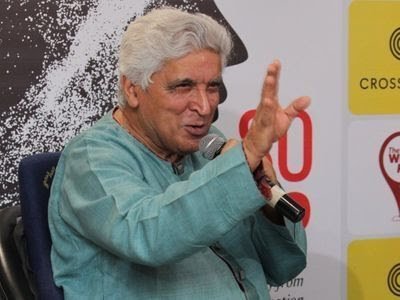 The debate on nepotism has been always there in Bollywood. Recently it has again erupted, after the tragic demise of Sushant Singh Rajput. Several big names and famous personalities were accused by people and even some famous names from the industry.

Over the last few months, it has been the most discussed topic on news channels and also on various social media platforms. Kananga Ranaut has been the most active and vocal in these allegations against Bollywood. She even claimed that 99℅ of Bollywood engages in the use of drugs.

Amid all these debates, veteran lyricist and writer, Javed Akhtar in an interview to Hindustan Times spoke up about the recent controversies regarding nepotism and drugs abuse. He stated,

“I have heard that young people tend to use drugs, but that is not just in the film industry, it is the current malice of the society. That should be looked into. And I don’t know what is legal and what is illegal. “

Shedding some light on the controversial topic of nepotism, the ace lyricist added further that people confuse inheritance with nepotism. He claimed that nepotism is not possible in Bollywood because a person who watches a film after buying a ticket is like he votes for it and that cannot be rigged. He said,

“Inheritance cannot be called nepotism. Maybe somebody born in a film family have a foot in the door, but that’s about all.”

Talking about the favouritism and groupism the Padma Bhushan awardee said “You see Shankar-Jaikishan, Naushad and Shakeel, etc. Yes, there are people like PR Chopra who had Sahir as his songwriter. Yash Chopra also worked with Sahir for so long. It is a level of comfort. When you work with each other, you develop a sense of understanding and your communication is perfectly honed.”

Earlier in July, Javed Akhtar along with his children Zoya and Farhan Akhtar in an interview with India Today has said,

“If I have money, I am putting money on my son, this is nepotism? Then every industry there is nepotism.”

To this, Farhan had added,

“If you are very talented, your talent will find a way to the surface. That is bound to happen.”

and Zoya had supported her father and brother saying,

Also, check our entertainment section for more such updates.

The Social Dilemma: Doomscrolling & How We Are Being Sold On Social Media.