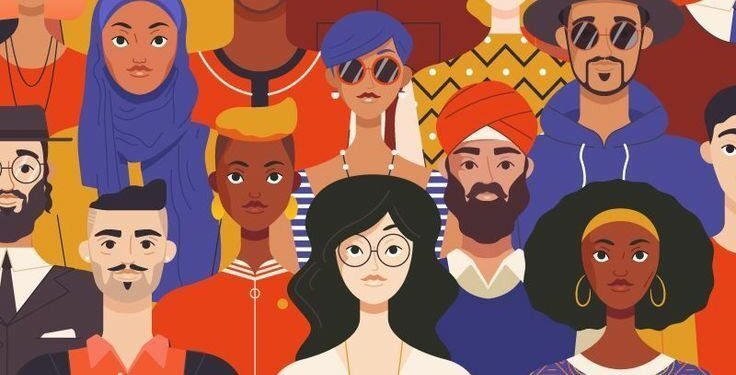 International Day of Tolerance is a day declared by UNESCO to develop public awareness of the dangers of intolerance in 1995. It is observed worldwide on 16th November every year.

Tolerance is indeed a vital aspect of a diverse realm. People of different religions, castes, cultures, races, ages, etc live together in numerous parts of the world. Comparing to the old era, the humans of the 21st Century have acquired a heightened feeling of tolerance.

Research exhibits the fact that younger cohorts have elevated tolerance for diverse companions rather than the older ones. In these tough times, where people are battling for their lives, and some battling the loss of their close ones, being tolerant is the most vital disposition all of us need, to get us through all of it.

Here are the five ways we can build tolerance in ourselves

Learn about other cultures

According to cognitive-behavioral therapist Marion Rodriguez, LMHC, NCC, “Hate of certain ethnic groups, religions, races, or sexual orientations is based on irrational beliefs that lead to hatred of others as well as hate crimes. It is the belief that other ‘groups’ are inherently flawed or inferior or are seen as a threat. Often these groups are dehumanized and de-legitimized, making it easier to hate.”

Obviously hate against others is not one of our inherited traits, rather it is affected by stereotypical behaviors. Learning about other cultures will lead you to broaden your thinking capacity. You might not agree with all of their traditions, but tolerance is not about agreeing with assorted conventions rather accepting the magnificence of diversity present in our world.

Change it from ‘Sympathy’ to ‘Empathy’

While sympathy is about pitying someone’s condition, empathy is putting yourself in their shoes. To get a better insight into the facets of people around us, we need to put ourselves in their situations. Often it is easy to standby and judge others for their actions nevertheless, losing practicality is what we do not need.

The major crisis which emanates is that people are evolving to be more intolerant in their fight for tolerance. It is never easy to change people’s perception and trying to switch the notions carried out for aeons can be exhausting and so we need to take a practical and honest approach in such circumstances.

Accept that everyone sees the world through their eyes

There are 7 billion people in the world as well as 7 billion eyes to observe the world. Each one of us has their own experiences and perceptions. The best thing to do in such situations is to accept that no two people can perceive the world in the exact same way. We need to be open-minded in such scenarios and acknowledge the fact that the world is filtered in different ways for everyone.
Another important factor is the flexibility to change your opinions when learning new things. Understand that no human is perfect and each one of us has their own flaws. No doubt that in the pursuit of changing the world the delineated boundary of making mistakes is curtailing each day. At the end of the day, all of us are bound to make mistakes.

Take criticism with an optimistic attitude

Summing up all that we have examined yet people may judge you at times as well. You might be the one plummeting into the tangle of stereotypical demeanour. In such circumstances, the best approach is optimism. You cannot alter their mindsets and you cannot compel everyone to discern your way of seeing things.

Sometimes we can be toxic as well. Realizing our misbehaviour is yet another door to becoming tolerant of their misbehaviour. When we admit that we can render the same blunders, the task of forgiveness becomes easier.   Hence, shifting the “you” to “I” is crucial because our propensity of feelings is more towards ourselves than towards the ones we do not know.

In the end, all of us breathe the same air and eat the same food. Instead of finding differences, try to find similarities. Embrace new notions. Embrace challenging sentiments. Embrace the diversity we are blessed with. Embrace the numerous traditions and rituals we can experience. Embrace the richness of our culture. No matter how many differences we can count, the heart beating in our chest is still the same, the emotions we feel are the same and the challenges we face may be different but all of us are fighting our own battles.

Remember, no men are strange, no countries foreign

Beneath all uniforms, a single body breathes Like ours:

the land our brothers walk upon Is earth like this,

in which we all shall lie.