Jennifer Lawrence has demonstrated that she can play humorous roles in dramas while still being as scary as they come. 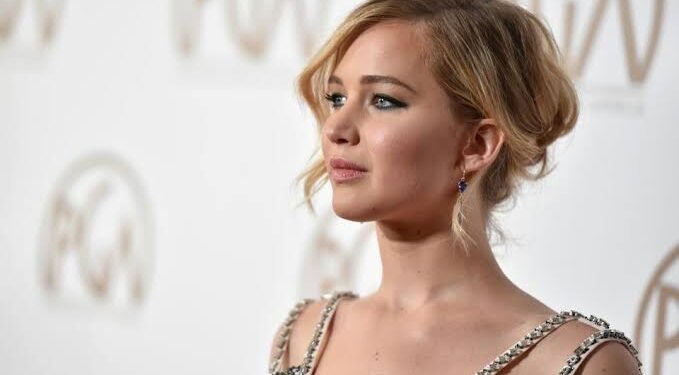 Jennifer Lawrence rushed into Hollywood like a hurricane, a simile that refers to both the young woman’s unexpected stardom and her propensity for tripping and tumbling into things, people, and practically anything that’s close by. Even actors as likeable, attractive, and preternaturally gifted as Jennifer Lawrence rarely rise from obscurity to household-name status with the rapidity with which she has.

Jennifer Lawrence trudged through exactly two little-seen indies (“Garden Party “and “The Poker House “) before landing in a miscalculated prestige picture that nonetheless allowed her to do some fine work after a few years in barely-existent roles on TV (except an extended stint as the typical sitcom teenage daughter on “The Bill Engvall Show “). Jennifer Lawrence stumbled into an Oscar nomination for her fourth appearance in a major picture, and it was game, set, match from there.

Jennifer Lawrence appears to be the successful outcome of a genetic experiment aimed at producing the most fame-friendly celebrity. She’s an enthusiastic ball-buster and a consistently funny, self-effacing interview topic, having been raised among a brood of brothers.

She keeps up her exuberant every woman persona with a series of well-publicised humanising gaffes, like being spotted smoking it with some mates in Hawaii following her Oscar win, mistakenly cussing during press appearances, and pratfalls so regular you’d believe gravity is conspiring against her.

Jennifer Lawrence has become so ingrained in the pop-cultural landscape that it’s difficult to recall a period when she wasn’t making news every week. But that’s how stars work: they arise out of nowhere, burn brightly, and then vanish.

Guillermo Arriaga, well known for writing the screenplays for Alejandro Gónzalez Iárritu’s “Amores Perros,” “21 Grams,” and “Babel,” makes his directorial debut. Like the rest of his work, the plot weaves together improbable coincidences in an attempt to convey a hazy point about fate, destiny, or god knows what.

With each passing scene, the script languishes in its own joyless scare-quotes “artsiness,” mistaking sorrow for profundity more intensively.

Despite all of this, Jennifer Lawrence manages to pull herself out of the flaming debris of the crop-duster disaster. Following a time leap, Lawrence hands her character’s baton to Charlize Theron quite early in the film, but she leaves a remarkable impression in her allotted screen time. Jennifer Lawrence cycles through hurt, jealousy, sorrow, and eventually numbness in time for Theron to take over, conveying experience beyond her years – not just sexual maturity, but true-blue worldliness.

Lawrence takes on the role of the most important mechanism in Arriaga’s big machine of plot contrivances, setting tragedy in motion with one dumb deed, and she does so with grace. Lawrence was a standout from the start, delivering impressive work even when burdened with a mediocre script and a jerkish director.

Jennifer Lawrence’s transformation from a promising beginner to a real actorly force to be reckoned with, happened here. Lawrence’s performance in Debra Granik’s dark Ozark drama drew the eye of casting directors who would go on to portray her as a wellspring of inner strength in the “X-Men” and “Hunger Games” franchises.

Jennifer Lawrence performs at the peak of her talents as youthful de facto matriarch Ree Dolly, demonstrating exactly how strong her acting can be. Lawrence is in her element as a young lady thrown into adult responsibilities, and she displays a whole range of emotions.

Her hopes, frustrations, and fortitude in the face of dread, as well as her poise in times of turmoil, are all on display for the audience to see. Jennifer Lawrence also has a keen sense of how her character fits into the intricate, closed-off ecosystem of meth country.

The rigorously stratified subculture that Ree must penetrate in quest of her father — or what’s left of him — is governed by silent norms and unwritten pacts, and she advances with a deliberate mix of prudence and force.

Lawrence blew the doors open to Hollywood and sauntered right in, stopping only to trip on her face and pick herself up in a character that cleverly connects femininity with hardiness, dignity and self-sufficiency.

Lawrence’s performance in “Winter’s Bone” wowed audiences and studio executives at the end of 2010, which meant she still had a few low-profile movies in the works before her big break into stardom. One of them was Mel Gibson’s high-concept film “The Beaver,” which was shot in 2009 and surreptitiously rushed into theatres in 2011.

“Like Crazy,” an indie-minded trans-Atlantic romance between a sensitive American (Anton Yelchin) and his idealised British paramour, was the other pre-fame endeavour (Felicity Jones). Lawrence plays the Other Woman, an emotional stopover for Yelchin’s character to halfheartedly court while he and Jones are on the outs, in a role that would be unthinkably minor for the J-Law of 2015.

Lawrence makes the most of the opportunities she’s given, helping Yelchin’s internal battle while never becoming the villain the audience expects her to be.

She’s a sensible choice for Yelchin’s as a romantic opposite (and future films will show her to be excellently capable of doing so), and she complicates his fundamental decision in the picture. She and Yelchin go out for a night of drinking and dancing in a highlight sequence, and the audience sees exactly what he sees in her in flashes. She’s light and effervescent, and she’s smiling.

Lawrence’s full-fledged invasion of the film industry took place on two fronts: with her parts in “The Hunger Games” and “X-Men,” she stormed into theatres and established her potential as a bankable commodity. She staked her claim to the space between the arthouse and the neighbourhood theatre in her collaborations with David O. Russell.

Jennifer Lawrence and Russell are still the best things to have ever happened to each other, with Russell revelling in the chance to give a volatile actress some real meaty roles to dig her incisors into, and Jennifer Lawrence devouring Russell’s work, which was mid-to-high-brow, not quite as indie as “Winter’s Bone,” but with Russell bringing a crucial sense of prestige to the proceedings following his smash with “The Fighter.”

Jennifer Lawrence would win her first Academy Award for the high-octane energy she brought to Tiffany, a young widow still dealing with mental instability following her husband’s death and the dismal spiral that followed in his wake.

Tiffany’s spontaneity and charisma as an actress were never better showcased than in a moment in which she and her romantic opposite Pat (Bradley Cooper) are sitting at a diner and having a candid conversation about life and death.

Tiffany whips herself into a frenzy as Pat presses the wrong button, embodying and parodying the archetype of the girl interrupted. Lawrence transformed Tiffany into a compelling powder keg, far away from Ree Dolly’s quiet intensity.

Despite having the shortest screen time of the key quartet, Lawrence made just as much of an impression as her co-stars Amy Adams, Christian Bale, and Bradley Cooper. If “American Hustle” is a little diluted rewrite of “Goodfellas,” which the movie is in many ways, Lawrence becomes Lorraine Bracco, the wife who infiltrates a glamorous world of crime and discloses toothy desperation when the chip count begins to fall.

Bale’s con man refers to her as “the Picasso of passive-aggressive karate”. She gives the character a brassy showiness, weaselling her way through manipulation and rationalisation, all to ensure that she and her son are safe if her husband’s many cons go bad.

When she expressed her scepticism for the newly invented microwave, which she refers to as a “scientific oven,” she gave the picture its single greatest line-read, and her period-appropriate va-va-voom white gown surely boosted ticket sales.

Lawrence did more than cement her place in the pantheon of vital actresses working today with “Silver Linings Playbook” and “American Hustle;” she established herself as a key component of a formula that hasn’t failed yet, and with December’s “Joy,” she’ll try to replicate that same magic.