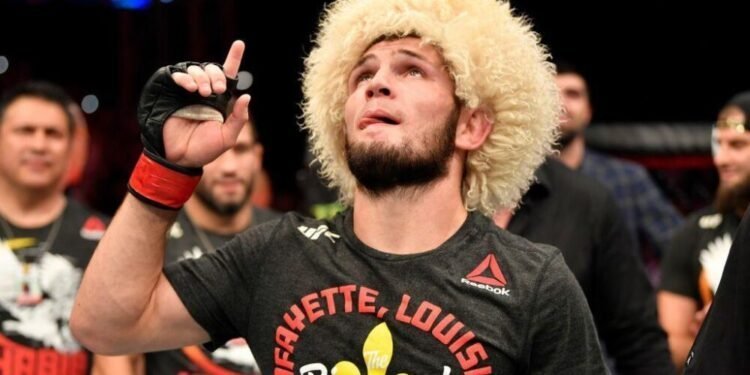 Khabib Nurmagomedov has retired from MMA after beating Justin Gaethje in the main event of UFC 254 to retain his lightweight title.

Khabib’s father and head coach Abdulmanap Nurmagomedov died in July following complications from coronavirus, and the Russian champion said that had played a key role in his decision to leave the sport.

Speaking after his second-round submission win, which was secured with a triangle choke, Khabib said: “God give me everything, and with my father, I love you so much… It was my last fight.

“When UFC called me about Justin, I talked to my father and mother. I promised her it would be my last fight. I gave my word, I have to follow it.

A legacy that will never be equaled… #UFC254 pic.twitter.com/yck8dXSBQK

During his post-fight interview in the Octagon, Khabib then announced his decision to retire from the sport, with the majority of it coming down to the fact he lost his father earlier this year.

Khabib retires with a professional record of 29-0.

With a promise to his father, 🏆 @TeamKhabib retires as one of the greatest to EVER do it. #UFC254 pic.twitter.com/6brsEPp5E5

"I promised my mother this is going to be my last fight."

"I only want one thing from the UFC, I want to be number one pound-for-pound fighter in the world."@TeamKhabib announces his retirement from MMA. Wow 🙏 #UFC254 pic.twitter.com/RFnCyu2X0W

Good performance @TeamKhabib.
I will carry on.
Respect and condolences on your father again also. To you and family.
Yours sincerely, The McGregors.

Khabib wins his first fight since his late father Abdulmanap died from complications due to COVID-19 and announces his retirement with a 29-0 record.#UFC254 pic.twitter.com/9iqMObnC0x

20 Dialogues From Mirzapur 2 That Makes It a Must Watch