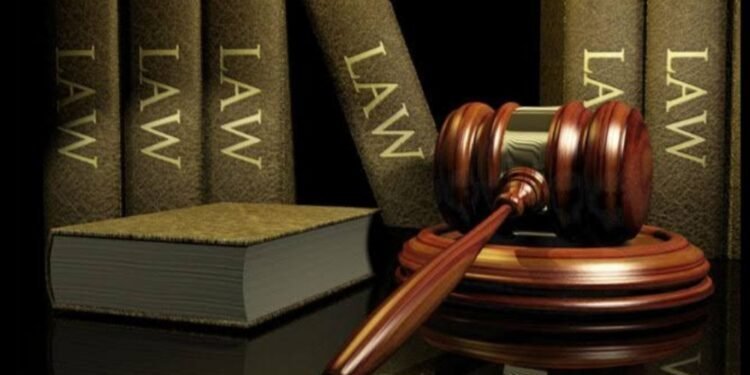 Laws are implemented for a government free of chaos while rights are given both to the citizens and non-citizens to uphold their dignity and to protect them from certain unruly actions of those in power. Basic rights, duties and principles are known to all individuals but here are some laws and rights which most of us are unaware of while they are a must to know.

No man is above the law and no man is below it. – Theodore Roosevelt.

Protection of Women from Domestic Violence Act, 2005 acknowledged live-in relationships for the very first time by giving rights and protection to those females who are not legally married but are living with a male in a relationship with an idea of marriage. If a lady has been in a live-in relationship for a sensible period of time, she ought to have legitimate privileges as that of a spouse and can claim maintenance under Section 125 CrPC. Even the newborn will be considered as a legal child and will have access to full rights under his/her father.

This law is related to the treasure found in India enacted by the Britishers. Specifically as “anything of any value hidden in the soil” and worth as little as 10 rupees (16 cents; 10 pence). According to the law, the finder of such treasure needs to get it reported and inform the most senior local official of the “nature and amount or approximate value of such treasure and the place where it was found”. Although the law is still in force, it needs to be further amended due to its irrelevance as today ₹10 can hardly buy a satisfyingly chocolate candy.

The Bill amends the Motor Vehicles Act, 1988 to address issues such as third party insurance, regulation of taxi aggregators, and road safety. Under the act, if you are charged with a fine (money paid) for violating any traffic rule, for example riding without a helmet, drink and drive, etc. then you will not be fined for the same offence on the same day. However, its more like one day at a time fine, you must never break through any traffic rules since the fines have been increased by a large margin especially for violations such as drunk driving, not giving way to emergency vehicles like ambulances and fire engines, driving without a licence, driving while speaking on the phone, and driving without valid insurance.

On occasions of Holi and Basant Panchami, we witness scenes of colourful kites of different sizes and shapes conquering the sky but do you know that it’s illegal to fly a kite without proper care?

There is a law under the Indian Aircraft Act, 1934 that makes ‘negligent kite-flying’ a punishable offence. If a person flies a kite in a careless manner, he can be sentenced for up to 2 years in prison. However, the law has never been followed by the Indians who see kites as a spirit of freedom.

309 of the Indian Penal Code criminalises attempted suicide as well as suicide assistance. It states,” Whoever attempts to commit suicide and does any act towards the commission of such offence, shall be punished with simple imprisonment for a term which may extend to one year or with fine, or with both.”

Though Section 309 is still in effect, its implication has been restricted by the Mental Healthcare Act, 2017 (enacted July 2018) has restricted its application, stating that any person who attempts to commit suicide shall be presumed, unless proved otherwise, to have severe stress and shall not be tried and punished under the said Code. Suicide is never an option to end miseries, but if you take it and fail, remember you ought to add legal miseries in the list.

The section lays down the procedure of how to arrest and the rights an individual has while being arrested by the police. Section 46(4) particularly talks about the arrest of females. It states that, “No women shall be arrested after sunset and before sunrise, except in exceptional circumstances, where the woman police officer shall make a written report, obtain the prior permission of the Judicial Magistrate of the first class within whose local jurisdiction the offence is committed or the arrest is to be made.” Women have the right to deny going to police stations after the 6 P.M. and before the 6 A.M. Every female must know this specific right so that they may take legal actions against wrongful arrests.

According to the act, If somebody belongs to the Hindu religion and has a son or grandson then he can’t adopt a second child. If the child to be adopted is female, so on living, daughter or son’s daughter should be there at the time of adoption. If the child adopted is of another gender, then the age difference between the adopter and adopted must be 21 years.
Once an adoption is done, it’s irreversible and a child can’t be simultaneously adopted by two or more persons.

These were the few laws which being the citizen of this country and living on its land, you must know since these basic laws are for none other but the common man in order to safeguard their lives and lives of others around them.