Malcolm and Marie Review- A conversational masterpiece with its own tediousness

by Anamta Husain
in Buzz, World
0 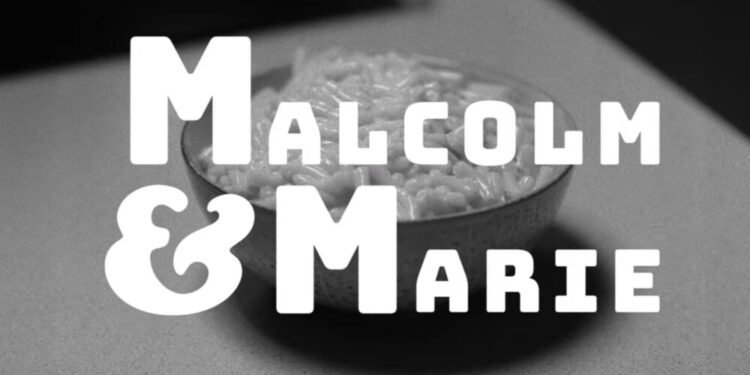 Things are generally perceived with dual nature- love and hate, black and white, strong and weak, hot and cold, right and wrong, but certain things in our lives do not maintain this duality.

Malcolm and Marie is one such film.
Directed by Sam Levinson and featuring Zendaya and John David Washington, the romantic-drama movie is the rawest you will ever see.

With its uncommon black and white cinematography, Malcolm and Marie follow the story of two couples- Malcolm a passionate film-maker and his girlfriend Marie, a past drug addict and one his biggest support for his career.

Malcolm and Marie ventures through the night, when they return from the premier of Malcolm’s directorial debut.

First off, Zendaya is elegant in her style giving off the accurate vibe required for the movie. John David Washington has performed well too. Zendaya worked with Levinson in a web series ‘Euphoria’ as well, which was a smash hit.

The setting of the film is the same throughout the film. A luxurious penthouse with glasses on all viewpoints and encompassed by forests. The house has in itself the vibes of something on the verge of crumbling.

John as Malcolm is hysterical over the positive reviews and the awe of the audience for his masterpiece.
But he is seen harrowing over the fact that certain film critics may raise him to a level of mediocrity.
Zendaya starring as Marie is however not sharing the same degree of excitement thus giving us the clue of what might be crumbling.

When asked about it she simply says that “nothing productive will be said tonight,” implying that whatever is bothering her should be left untouched.

Scraping the very topic over and over again, a row ensues between them. The focal point in their fight prevails that Malcolm forgets to thank Marie in his thank you speech.

According to Marie, the film was entirely based on her life as an addict and getting clean however Malcolm opposes her ideas as outlandish.

The movie portrays how things that are gauged as insignificant actually arises from our deep conscience.

For Malcolm filmmaking is the sole thing around which everything revolves.

His ideas about the film industry are different and some even plausible. He believes that whatever he creates as a black director will be seen through a political view and wholly nullify his efforts to convey what he is plainly showing.

Although his casting of black lead character does influence the critical analysis and Marie does cut off certain of his suggestions, the scene may even be a mechanism for Levinson to orchestrate opinions around his film with a Black lead.

The diatribe drives on throughout the night with both of them storming each other with their flaws and blunders.

Malcolm and Marie is utterly simple without a conclusion yet the story illustrates the relationship between partners in its rawest aspect.

The movie is primarily directed on the cycle rather than the outcome.
The thin line between love and hate is noticeable in the movie when both of them pass all their boundaries and space to prove their respective points.

The tension between them steers to romantic reckoning and it is evident that their issues make a route for them to confess with each other instead of giving up on their bond. The make-out sessions in between the fights is a clear clue of it.

However, the never-ending rants exchanged among them right through the movie may become dull after some time.

The movie has a big drawback- it does get exhausting with endless bickering between the two characters. Nevertheless, Malcolm and Marie wonderfully pertain the grey of the movie to its black and white.

For example, both Malcolm and Marie are seen in the same penthouse and yet miles apart symbolically.

The distance between the two can be perceived when Marie is seen smoking a cigarette outside the house and Malcolm celebrating with whiskey and music.

Overall, Malcolm and Marie is mostly a conversational movie with its own tediousness yet reality has its own monotonous tone and the movie has every bit of glimpse of real-life relationship rants.

Firefly Lane Review- A sappy yet lovable and engaging tale

10 Best Business Books You Should Read To Grow In 2021