What’s in a meme — Humour, Trauma, or Escapism? 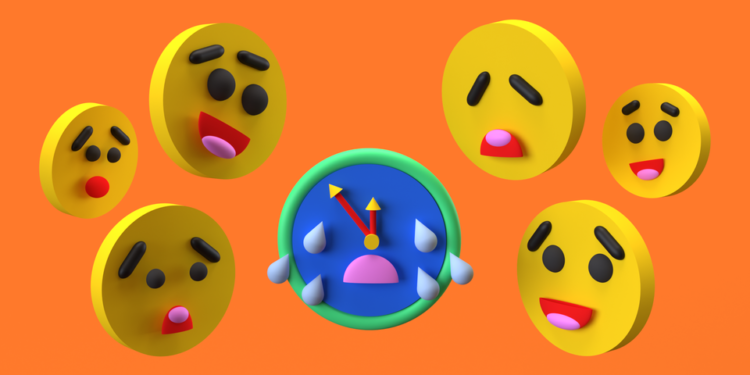 The weapons of the two world wars rang so loud that their echoes are heard even today. If there’s anything the Boomers (people born between 1946 and 1964), Millennials (folk born between 1980 to 1994), and Gen Z (those born after 2000) have in common, it’s their collective disillusionment towards life. The difference, however, lies in their reaction to it.

While postmodernists sulked in self-pity and meaninglessness of life, Gen Z has taken disenchantment to another level by making a joke out of it. Everything gets better with humour, they believe. And today, memes definitely subside the bitterness of the truths that haunt them. The role of memes has become so dominant in the lives of today’s youth that every little piece of information—whether it be related to politics, film and music industries, sports, or any other domain—earns its special place in witty meme formats.

It has been long established—what psychological studies have proven—that humour is a garb for raising voice against sensitive matters and oppression. It is a method to combat distressing factors and traumatic situations, as jokes get people the access to backdoors in circumstances that would raise eyebrows if stated plainly. To jest, it is also to revisit a disturbing memory or painful experience without triggering the trauma caused by it. Meme-makers, then, prevail as heroes of the young generation by helping them escape from reality while still being in touch with it.

“Gen Z is more interested in checking out daily stories and posts on Instagram than going through news bulletins, first thing in the morning. So, while direct news is a major source of anxiety in this age of mass information, memes help us to cope up with the gravity of the situation, while also letting us process everything in our minds,” says Tuba Khan, a devout member of the meme fraternity.

Gen Z puts itself at a psychological distance to confront the ugly truths of the society, its members just cannot ignore. Boomers and Gen Z are constantly at war, where the former is blamed for the troubles, the latter is facing today. I mean, the Gen Z definitely did not cause the climate crisis, right? Social and political matters, in being probed through memes, gain attention on a large scale. But, what’s next?

William Mercado, in an article on Medium titled “The Shocking and Absurdist Humor of Gen Z”, said that, “The kids of Gen Z are the best absurdists since Camus”. I took my time laughing at how accurate his observation is. Meme culture is completely uncensored and has allowed humour to question the (un)natural course of things. I remember the time I was sharing the burden of living with a friend over chat, and she sent me a screenshot of the e-commerce platform Amazon’s product display page. A wooden stool’s picture stood in the middle, and the section “customers also bought” under it sported a ceiling fan and a rope. Not overlooking the sensitivity of the matter, suicide jokes are pretty common among the Gen Z as they live in trying times that compel them to question the meaning of life, hence leaving them disillusioned. The idea of “being dead inside” is what keeps this generation alive.

Boomers lived with the aftermath of World War II despite their times not having fully recovered from the effects of the first one. Nihilism then just naturally became a part of their psyche, which was passed down to future generations as an heirloom. Instead of lamenting the loss, or worse, accepting it (like the postmodernists did), Gen Z decided to address the elephant(s) in the room in their own twisted way. It appears that Gen Z, unlike its predecessors, is fighting for its mental, if not physical survival.

With this being said, can one assume that the people who speak meme language are facing a collective psychological trauma of prevailing dangers? What throws a community or nation in turmoil, is picked up by the internet to produce remarkable satirical templates. We can all look back at Gen Z’s self-deprecating reaction to the rumours of World War III where each meme camouflaged an underlying fear they were all too scared to face upfront.

Inferring from the self-deprecating and dark memes the present generation cannot get enough of, it is evident that one is at war with the self. A lot of memes have emerged on COVID-19 since its outbreak by the end of 2019, even to the point of moral and cultural insensitivity. But these memes reveal the avoidance behaviour of Gen Z as the young people grapple with their own minds to develop a coping mechanism that wards off psychological threats. Memes have ridiculed COVID-19 even to the point where the situation has been stripped of its gravity.

The heart of the matter, however, is how are memes effective in making the best out of the youth?

Outside the meme-land, our real-world problems aren’t entirely psychological, are they? Humour, in providing a backdoor to sensitive discussions, has also opened up a door for us to silently exit scenes of social and political emergencies. Gen Z employs humour to rid itself of the burden and immediately be relieved of responsibility while feeling self-content. The effect, nevertheless, does not go beyond mere opinion formation and escapism. That’s nowhere near solving the problem.

Memes do not happen to be commercial property, hence the anonymity offered by them helps elude the creator/sharer from taking responsibility. Anonymity has become a symbolic feature representing netizens because we all create and share information we might personally believe in or would be conformed into promoting. Creating and sharing memes, clubbed with the benefit of remaining anonymous, brings psychological gratification without actually making any difference in reality.

Thinking about the cultural sensibility surrounding matters that concern us as a society, memes exhibit an attitude of irreverence its consumers hold. Memes have now become a source of entertainment, so much so that their message is almost lost in translating facts, leaving behind the debris of laughter-inducing templates unappreciated of their eye-opening essence. This has also developed in Gen Z a tendency to laugh off issues rather than facing them, for facing the truth would require stepping onto the battleground of reality. And it appears this generation is too caught up with its trauma to do that yet.

Humour and sarcasm undoubtedly are strong critics of reality, but making criticism a medium of escape, actually strips it of its bigger purpose. So how long can we last as critics by finding contentment in the escapist climax that follows laughing at memes?