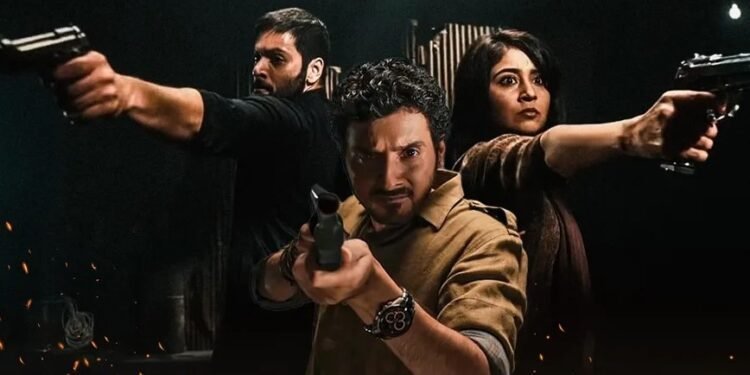 The most awaited series of the year, Mirzapur Season 2 created by Karan Anshuman and Puneet Krishna is finally out and the amount of audience interaction it has received despite a 2-year gap is commendable for any web-series released to date. It’s almost like the sequel of Bahubali in terms of the anticipation for the sequel. But the wait was all worth it and you can actually believe it by the end of the very first episode.

In this review, the writer tries to be careful with the story bloopers so that you don’t miss the true essence of the show.

Talking about the characters, everyone seems to enjoy the new addition of Vijay Varma in the series. And as always Varma never fails to deliver the intense work of theatre and also does absolute justice with his character. We all are obsessed with Vijay, aren’t we? But the writers seem a little more attached than us because we have Vijay playing two characters in the show. Apart from Vijay we also have another new character played by the very charismatic Isha Talwar. Isha, who predominantly works in Malayalam films, was also starred in Article 15. Isha Talwar plays a very bold yet emotional character of  Madhuri Yadav who is seen as Munna Bhaiya’s companion in the later episodes.

Priyanshu Painyuli is also a very surprising character in the show which wasn’t revealed properly in the trailer but can be seen as a very important feature of the story. fresh characters don’t always mean recognition but Priyanshu is playing a character that some of us might relate to and his skills of conning people and lying to them is something really special about his character.

When it comes to the predominant characters like Guddu Pandit (played by Ali Fazal ) or Gajgamini Gupta urf Golu, one can feel the rebirth of their personalities. They aren’t the same as season 1. They come stronger and better, to grab the throne of Mirzapur. In the last season, we saw Guddu Bhaiya preparing for Mr Purvanchal, this season we see him getting closer to the throne.

Again a very important aspect of the new season is that it’s just not limited to Mirzapur, it’s getting more real as we get to see places like Bihar, Lucknow (U.P.), Bilai (U.P.), and even Jaunpur. More places in the show also mean more bloodshed. The show now focuses on the very elements of its story, even the smallest characters are now more detailed. Characters like Maqbool and Babar or the chacha we saw dancing (yes he is back again)  are like the cherry on the top.

Attention to detail is something that makes any art go up or down. You can almost feel the real India in the show. Puneet Krishna who is the writer of the show has successfully depicted the characters and their journey and like you will see that the writers are very calm in building the narrative of the storyline.

The story strand that is the most grounded is the one that held the main season set up. The need to pass on the family name blinds Akhandanand Tripathi to his dad’s backwardness and his child’s restrictions. This round of seats was consistently about the Tripathi’s. The best scenes occur in the Tripathi family unit, where foulness is presented with luxuries at the eating table and rooms conceal dreadful insider facts.  Mirzapur is at its most influencing while inspecting Akhandanand’s difficult exercise between his family and his own desire.

You may have the ideal interactivity spread out to best your foe, however, you can never foresee how erratic human feeling can transform everything. People are captives to their cravings, and just the ones who can control those and do what should be done will endure. And that’s what the show is trying to tell us or at least that I what I’d like to think.

Mirzapur 2 will test this tolerance and control of every one of its characters. It’s likewise going to be an immense test for the show’s essayists and entertainers. The scale and exertion are noteworthy indeed and fit to be deified in mainstream society and public memory through images and quotable exchanges.

What about the women of Mirzapur?

Contrary to popular belief, I think that a story should never be seen in the frames of gender, but this is U.P. and talking about the stereotypes regarding women, while some are broken some remains to be intact. And that shouldn’t be a problem for us because of the mere fact that this is a story. Stories have their own qualities and so do the women of Mirzapur, we all want Golu to seek her revenge and we also know how underestimated the women were in the first season. So watch out for the women because they are going to set your expectations high.

The series has everything from the specs of entertainment, from suspense to bloodshed, from lustful desires to lines which one can meme about. The show is complete and is packed with entertainment, and believe it or not but the die-hard fans who have already binge-watched this season are already demanding season 3. Which also hints at how the story is not complete. It’s definitely worth watching and I’d personally prefer it to Gen Z as this show also comprises of the new generation.

Read 10 Bollywood Villains who will first crack you up with their funny names then scare you with their actions.

10 Most Sexist Indian Ads That Made Us Cringe

5 Incredible Acts Of Humanity Amidst The Depressing Pandemic

5 Incredible Acts Of Humanity Amidst The Depressing Pandemic