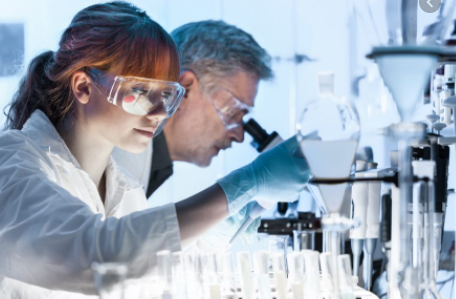 For years the HIV seemed like a disease that couldn’t be defeated. When the virus was infected to someone it was AIDS, which could ultimately claim a patient’s life that is death.

There were many antiviral medicines that patients could take and each came with some side effects. This was very difficult for patients to win over the virus. In 2006 a medicine combined with three antiretroviral drugs into a signal dose named Atripla was much easier and less damaging. In 2013, Stribled was released which was a combination of four antiretroviral medications into a signal dose. The vaccine improved the first two decades of the 21st century.

In 2017 and 2019 Juluce and Dovato named vaccines were released which drastically improved patients’ treatment options. These two medications helped patients with HIV to take the single-dose therapy and resulted in a fewer number of patients with HIV who develop AIDS with less health care costs.

In science fiction, genetic engineering means creating a monster, but in reality, it means correcting congenital defects and mutations that result in disease. CRISPR or clustered regularly interspaced short palindromic repeats is one of the most well-known processes for this.

CRISPR is a means of targeted editing a living organisms’ genes. It is effective in many medical applications. Though the use of CRISPR remains controversial, it has been used and has very been very effective in the treatment of cancer, progeria, sickle cell disease, hemophilia, Huntington’s disease, and many more diseases related to personal genes.

In 2020 CRISPR was used in the treatment of glioblastoma and metastatic ovarian cancer.

3.HEART DISEASE IS NO LONGER  A DEATH SENTENCE

In the early century, doctors could do very little for patients suffering from heart attacks. A drip of morphine and lidocaine was given to the patient which was believed to prevent irregular heartbeats. Due to the development of new medicines, the deaths from heart disease have dropped by 40%. Medicines including Lipitor, Mevacor, Crestor, and Simvastatin, all work to slow the progression of atherosclerosis. With the use of these drugs, fewer patients were getting to the point of a heart attack.

Today this is diseases is treated a lot more differently, as soon as a patient reaches the hospital the colt can be destroyed by using the drugs. A genetically engineered tissue plasminogen activator can bust up a clot restoring blood flow. Patients who require surgery are treated differently from the past which results in fewer deaths from heart disease.

In research, the use of stem cells was developed in the early 1980s. Since then technology has advanced and treatment application has hit the ground in the 21st century. Stem cell divided into a daughter cell which later gives rise to a new stem or becomes any specialized cell in the body.

Under the supervision of the right laboratory stem cells can be replaced by damaged cells, they can also grow new organs. With the help of stem cell treatment, any organ can be grown from the patient’s cell which will help the patient to not take any anti-rejection medication for a lifetime. Further, the organ will be theoretically be accepted without any problem and reducing the risk of transplantation, which on its own is a complex procedure. Research into this application is promising and suggesting the stem cell therapy is truly the future of medicine.

For many years the primary method to treat a cancer patient was chemotherapy and radiation therapy. This therapy was used to destroy the cancer cell, but it also destroyed the healthy cell which presents its own set of problems. Targeted therapies made it possible to eliminate many of the dangerous side effects of chemo and radiation therapies by destroying cancer cells without any harm to a healthy cell.

These targeted therapies work by identifying and killing cancer cells directly, they interfere with the spread of cancerous cells and blocking the ones responsible for tumour growth. The targeted therapy drugs are either small molecule or monoclonal antibodies which target specific cancer cell functions and analysis as to how they divide, grow, and spread.

Though the therapy is relatively new, so the improvement is continuing around the world. It can’t be said that we have beaten cancer, but have become advance in the fight against one of the most insidious enemies.

Top 5 Movies that contributed to the demise of filmmaking