Let us take a trip down memory lane and revisit some old, nevertheless gold movies!

by Anamta Husain
in Listicles, Movies
1 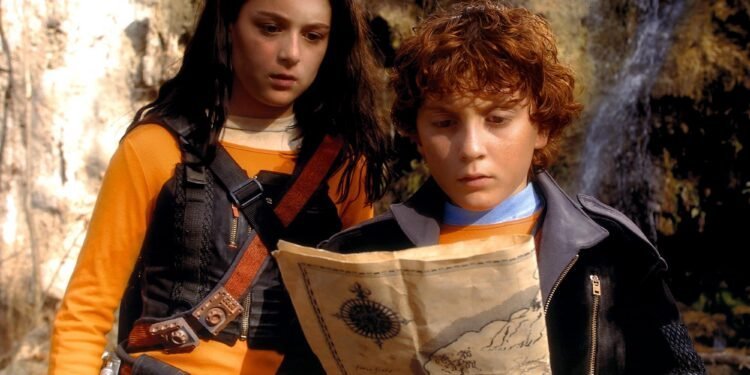 Indulging in watching new movies is always a fun activity- but the feelings that the old movies carry are unmatchable!

The days where we used to sit in front of the TV for hours switching through Star Movies, Set Max, and Romedy Now and bought that DVD with four films that seldom worked may be gone, but the movies can still be re-watched and relived!

If you shouted Chain Kulii ki Main Kulli while playing cricket, chances are you remember Karan and his magical bat. Remember when we used to get excited whenever Karan scored six after six?

Also, apart from all the fun and enjoyable moments this movie had, it also taught us a valuable lesson about believing in ourselves!

So, whenever you guys feel low– you know where to find the inspiration for your magical bat.

Who has not once played with their friends pretending to be in an adventurous game from the movie you watched a few days ago?

Also, Jumanji was at one time that movie as well. With an amazing plot and Robin Williams as one of the leading actors– the movie was really amazing.

Remember those times when Set Max had no other movie other than Bhootnath? Still, Banku and Bhootnath were always our favorite choice.

Although the second part of the movie was released some years back, Bhootnath is still unique.

Aside from all the humorous moments, this movie taught us the value of family and friendship as well.

The majority of the people who have watched this adorable movie must have once searched ‘Where is Baby’s Day Out baby now?’ and some will probably do after reading this!

At that time, too, we used to wonder how lucky the baby must be that he got to work in Hollywood.

On top of that, the movie was incredibly amusing, and if someone asks us to watch it again, we will not hesitate.

What’s a dose of nostalgia without adding Home Alone? I mean, who forgets their child all the time, but still Home Alone was everyone’s favorite film, and we won’t spoil it with logic.

Leave us, a 7-8-year-old at home, we would cry all the time. But Kevin had some great tricks up his sleeves.

Also, the guts to fight thieves alone, wasn’t Kevin, our hero as a child?

If you are from the former category, do you still remember the beautiful land of Terabithia? Not only was the movie beautiful, but it also had a strong message as well.

This spin-off of Jumanji is another of our childhood favourite films! Josh and Jonah or Walter and Danny finding a hidden game in the basement and going on terrific adventures– what more did we need

This film series had us envying the two kids- Carmen and Juni- who used to have these amazing tech gadgets to catch the bad guys and solve cases.

Tell us, who did not want to become a spy after watching this series?

9. The Adventures of Sharkboy and Lavagirl

Even though not all of us liked the villain with the name Mr. Electric, nevertheless Sharkboy and Lavagirl were fun to watch.

The plotline was not very convincing, but as kids who cared about stories? We just wanted some action and thrill!

Ending the list with probably one of the most sentimental and at the same time fun movie, Life ho toh aisi made us laugh until we were forced to cry.

Shahid Kapoor dying and returning to earth for one week- all the adventurous and then waiting for destiny– the movie was a whole vibe in itself!

Also Read: Reasons Why Free Guy Is Worth Watching