Birthday Special: 5 Movies in which Rajkummar Rao proved his Talent 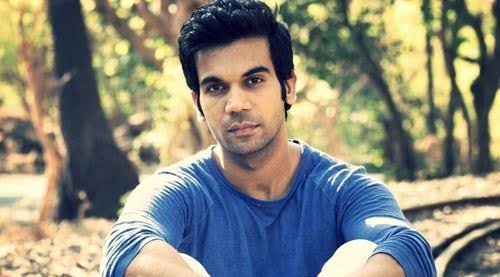 2
SHARES
0
VIEWS
Share on FacebookShare on TwitterShare on WhatsApp

10 years into the film industry, Rajkummar Rao has placed himself in a position, standing shoulder to shoulder with Bollywood’s Khans, Kapoors, Kumars, which is, of course, a difficult job to do. With some stupendous performances, he has been able to achieve versatility to his name as an outsider which not many can do in such a short time.
The thing that sets him different from other actors of his age is that he gets into the shoes of the characters and makes acting a natural treat to behold. Every time he appears on the screen, we can’t help it but just say WOW!
Today on his 36th birthday, TSA brings you five of the best non-commercial movies which have power-packed performances of the new age star Rajkummar Rao as masses already know his commercial successes as in Kai Po Che, Bareilly Ki Barfi, Shaadi Mein Zaroor Aana, Stree to name few.

Rajkummar Rao made his debut with the movie directed by Dibakar Banerjee, which was all in all an experimental movie and a tough decision was rested on him to choose LSD over a typical Bollywood pot-boiler to step into the industry. He played the role of a greedy guy, Aadarsh, who used sex to pay off all his debts. He developed feelings for Rashmi, whom he chose for taping with a security camera while having sex, but his love for her gets overpowered by greed.
Before LSD, no male actor had ever risked his debut with such taboo roles to start the journey, but kudos to him for blowing away our mind in the role of Aadarsh.

The movie that got Rajkummar Rao his first National Award in Best Actor category and many accolades on international forums was Hansal Mehta’s Shahid and the movie has also brought him under the limelight of B-town over the night. His role of Shahid Azmi was very well applauded by the viewers and film critics. The movie is based on the real-life story of a lawyer and human right activist of the same name, Shahid Azmi. He was assassinated in his office by some right-wingers, solely for the reason he was fighting cases for his people, obviously Muslims.

Another collaboration between Rao and Hansal in Citylights touched a new high in his graph of excellence. Rao played the role of a family man, Deepak, from Rajasthan who is unwillingly convinced by his wife for becoming a bar dancer under poverty to ease out the burdens of debt they had incurred after coming to Mumbai. His acting was again lit in the movie and praised among a wide audience. He was paired alongside his real-life partner Patralekha, and the chemistry between them created different magic on the screen.

Rajkummar had come up with a lot of dedication for this film, where he lost almost 10 kilos in a month. Another interesting fact about the film is it was shot in just 20 days. The film is about a guy named, Shaurya, working in a call centre, who gets locked in an apartment by the act of God without food, water, clothes, electricity and how he survives there for almost a week and finally finds a way out on his own. The essence Rao had for this role could be easily felt while watching the film because every attempt of him to escape gave goosebumps. He went on to win his second Best Actor-Critic Award.

The film was directed by Amit Masurkar, which tells a story of Nutan “Newton” Kumar, a government clerk, who is sent on election duty to a remote Naxalite region of Chattisgarh. There he meets his prime hurdle Aatma Singh (Pankaj Tripathi), assistant commandant to CRPF in the region, who shows apathy towards Nutan to not conduct polling in that area full of threats from Naxals. The combination of Rao and Tripathi on screen brought laurels to the film as well as to themselves. Rao was again praised for over the top performance in the film, which came very timely.

Please let us know in the comments below that apart from these 5 movies, which one you like the most.