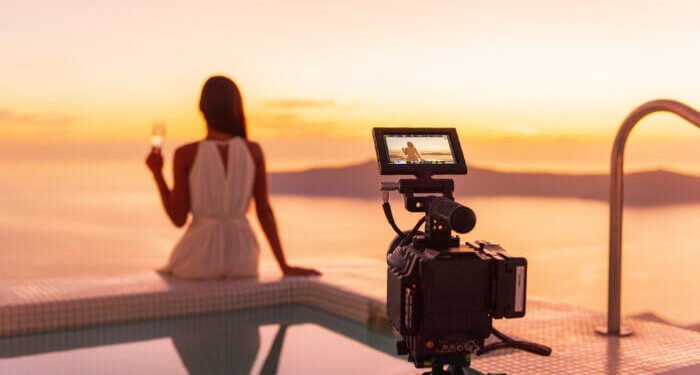 Raj Kapoor, the late actor, producer and director of Bollywood was the first one to start the trend of including foreign locations in the movies. His movie, Sangam was the first Bollywood movie whose some scenes were shot in a foreign country (Europe to be exact)

Since then, many directors have shot either some songs or several scenes or nowadays the entire movie in foreign countries.

The audience loves such inclusions, as they make them familiar with the fantastic beauty of nature. What if they can’t go to those places, they can feel it through the screens in front of them, and that’s sort of the same thing 😉😉

Today, we at TSA bring you 8 Bollywood movies which showed us the picturesque world.

Though it was Raj Kapoor who first shot a  film in a foreign location it was Yash Chopra who instilled the unconditional love for foreign locations in the hearts of the makers as well as viewers of Bollywood films. And it was Dilwale Dulhaniya Le Jayenge with which the trend of shooting major parts of the film abroad started. Although earlier he had shot few songs abroad, like in the movie, Chandni, DDLJ is the first film to have been shot majorly in parts of London, Europe.

How can one give away the memory of Raj and Simran wandering through the lush green fields surrounded by mountains in Switzerland? Some scenes from the movie recall us of; St. Mauritius Church, Switzerland where Raj & Simran prayed together, King’s Cross Railway Station where they catch the train, Simran’s father Chaudhary Baldev Singh feeding pigeons at the famous Trafalgar Square, and many more beautiful locations were captured in the film. It was after DDLJ, audiences back in India fell in love with the picturesque beauty of Switzerland.

This was the film released 22 years ago that taught us the difference between unconditional love and friendship. Do you remember the college in the film which Rahul, Anjali and Tina attended and became friends? Many of us do not know the fact that the Indian College they studied in was actually is the University of Mauritius. Well! We as an audience have loved the part shot there as much as we have loved the three main characters in K2H2. Haven’t we?

The love story circled around Rohit and Sonia, is an all-time favourite of many, especially the late 90s born youngsters. The reason for the immense love the film has received is also attributed to the scenic beauty of Krabi Island in Thailand where the part of Rohit & Sonia being stranded was shot. Adding more to its credit, the picturisation of the title song on the beach of this island filled our eyes with ecstasy and has kept many in euphoria till today.

What comes to our mind when we talk of K3G? Of course, the values of living as a complete family shunning all the differences. Very few people are aware of the fact that the Raichand mansion shown in the movie is actually situated in London. So, the film was partially shot at Waddesdon Manor in London but was mentioned as located in Delhi and rest was done by erecting sets in the Film City, Mumbai.

Apart from that, the song “Suraj Hua Maddham” which we haven’t got over to even this day was shot in the surrounding of the Pyramids of Giza in Egypt, and the outstanding cinematography added icing to the scene.

This is no surprise to the viewers because it was obvious that the film was based in New York City, panning camera through the lanes of prime locations such as Times Square, Brooklyn Bridge Park, Central Park, Grand Central Station and Wall Street, etc. Among all these places was the famous Brooklyn Bridge where Aman (SRK) was shot singing the title track.

We haven’t seen the heart-throbbing Spain so beautifully until this film came. Three friends Arjun, Kabir and Imran set off on a road trip to explore their lives to the fullest along the mesmerizing coast of Barcelona. We were also taken in the backseat of the car through Valencia, Seville and Pamplona.

There was also this song “Ek Junoon”, which unravelled the  Spanish tradition of the tomato festival “La Tomatina” to us. The film taught us to live our lives to the fullest and with that, it also made our dream of going to Spain and exploring the beauty and adventure of Spain.

This Imtiaz Ali musical venture starring Ranbir Kapoor and Nargis Fakhri was shot in parts of Prague, the Czech Republic when Jordan became Rockstar. The movie has a song “Aur Ho” shot in the meadows of the countryside of Prague between Jordan and Heer which posits the aura of the beautiful location lent in the voice of Mohit Chauhan.

Also, the hit “Hawa-Hawa” was well picturised at the stairs of Prague Castle, Sychrov Castle and Charles Bridge. Other locations the film included were Seat of Happiness Temple, Norbulingka Institute and Karlstejn Castle in Prague.

Just like the brilliant looking star cast, the locations used in the film are also brilliant in their beauty. Ranbir’s scenes with Deepika Padukone were filmed in Sydney, Australia while the song between them “Khuda Jaane” was primarily shot in Italy, including flashes of Venice, Alberobello, Santa Cesarea Terme, Naples and Capri.

Whereas the scenes with Manisha Lamba were inspired by Yash Chopra’s classic Dilwale Dulhania Le Jayenge and shot in similar locations of the Swiss Alps. Besides this many scenes were shot in Greece and Sydney.

Dostana is one creative film that is here to stay with us for long as with this Bollywood dared to bring the concept of Gay relationship in the mainstream cinema but in a very smart comical way. Apart from this, this film gives its spectators a very pleasant view of Miami as the whole movie is based in Miami. Miami’s clean and bright beaches created a very vibrant view.

The Miami Beach and the South Beach Ocean Drive were extensively used in the film with Bayside with the Miami skyline ahead, the Bayfront Park and other locations in Miami making a short appearance in the course of the film. The item number “Shut-up and bounce” featuring glamorous Shilpa Shetty, shot on the sunny beach had placed the million of hearts on fire for which the credit goes to stunningly hot Shilpa but a considerable credit goes to the scenic beauty of the beach as well which took our breath away.

This was the last film of someone whom we know as ‘Man of Romance’ and much to Yash Ji’s love of introducing foreign locations in his films, he displayed it very well in his last work. Most of the scenes of the film have been shot in England. The hit song “Challa Ki Labh Da Phire” was shot in the peripheries of the Palace of Westminster and Westminster Bridge. SRK carrying the guitar on the admirably gigantic bridge was a scene to behold.

The freestyle dance of the song “Ishq Shava” was shot inside an underground club, surprisingly aboard a ferry floating on River Thames. The romantic dance sequence “Mujhe Saans Aayi” was choreographed in many popular locations of England like the Marble Arch, Great Conservatory in Syon Park and the Millennium Bridge. Other prime locations captured by Yash Chopra in the film are All Saints Church in Blackheath, England, Hungerford Bridge, Jubilee Palace and Hyde Park.

These are only some of the names from the long list of films that have used beautiful locations around the globe to shoot their stories. We shared our favourites with you, let us know which ones are your favourites in the comments section below. Also, don’t forget to check out our entertainment section for more such stuff about the entertainment industry of India and the world.