Mumbai Meri Jaan delves into human emotions through a series of vignettes set in Mumbai following the July 11 bombings. Below are some lesser-known facts about the movie. Let's have a look! 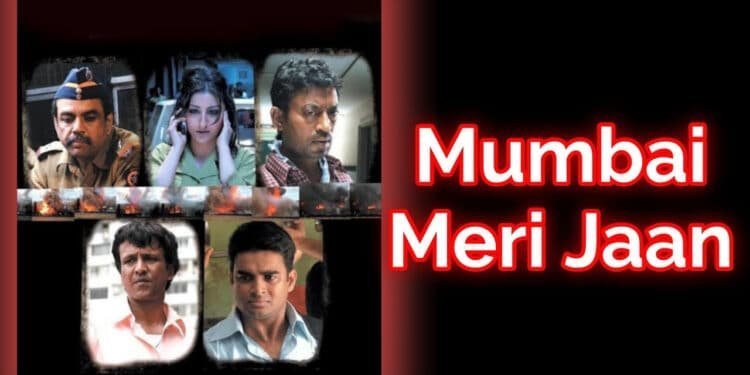 In 11 minutes, a sequence of seven bomb blasts attacked Mumbai’s lifeline—the local trains—on the Western line, killing more than 200 people and wounding approximately 700. Two popular Hindi films inspired by the bombings, Nishikant Kamat’s Mumbai Meri Jaan and Neeraj Pandey’s A Wednesday, were released, within a few weeks of each other, a few years later.

Both, however, reacted to the gravity of the human tragedy in fundamentally different ways, with the former choosing a steadfastly peaceful stance and the latter suggesting a more daring way out.

Kamat’s brief film career has been mostly associated with South Indian film remakes (the Tamil film Kaakha Kaakha as Force in Hindi and the Malayalam original Drishyam as Drishyam in Hindi) and adaptations (Dombivali Fast loosely based on Hollywood film Falling Down, Rocky Handsome on Korean blockbuster The Man From Nowhere). All of his films, whether original or inspired, have one underlying theme: the righteous indignation of the dispossessed middle class.

It’s either set loose on screen by a principled individual opposing systemic injustices and corruption, or it’s let loose for the personal wrongs perpetrated against the protagonists by wicked drug lords, organ smugglers, child traffickers, crooked cops, nasty landlords, and other bad guys. It’s a struggle to the finish between a baaz (hawk) and a chooza (chicken), as described in Kamat’s last film as director, Madaari (2016).

We, the residents of India, are the prototypical chicken in ‘Mumbai Meri Jaan’, battling it out with too many hawks on too many fronts. The film, on the other hand, is an outlier in Kamat’s body of work. Although themes of injustice and inequity persist, vigilantism fades. The core rage is interiorized and restrained, seething in a tense silence and becoming all the more visceral as a result.

The film weaves together the stories of five people whose lives are forever changed by a single terrible act of terror. It’s strange how all those issues that it put before the audience in that specific environment still stare us down 13 years later, making the present picture as distressingly as it was back then.

On the occasion of 13 years of Mumbai Meri Jaan, here are some lesser-known facts about the film:

Watching Mumbai Meri Jaan after so many years is about coming to terms with these unchanging realities, as well as a sense of loss. Despite the rage, hopelessness, and discontent in Mumbai Meri Jaan, there is a belief and commitment to repairing the present and future.

We’ve come a long way from Kamat’s film, which ends with a naive yet tranquil vision, the promise of continuities, and faith in the spirit of Mumbai. Everything is eventually resolved over some shared cups of tea, which is what tea symbolizes. And, in the middle of all the chaos, very little has changed for the average person. His sorrow has become more searing, and his despair has become louder. The tea vendor tries to lead his family up the frightening escalator in the mall in a bitter-sweet Chaplinesque scenario in the film.

Their struggles to ascend the moving stairwell have become evocative of the challenges of rising the social ladder; now much more so. A timeless metaphor that reminds us that the more things change, the more they stay the same.

Also Read: Some Views On Knives Out That Highlight Why It Is One Of The Greatest Murder Mysteries Of All Time

How Rani Mukerji’s ‘Mardaani Anthem’ Even After 7 Years, Continues To Inspire Women To Be Courageous