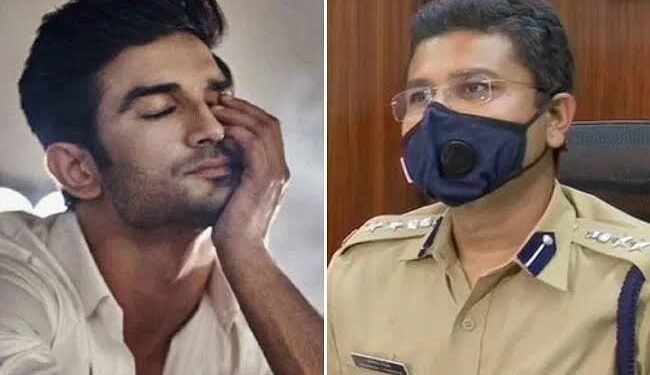 The investigation into Sushant’s death mystery unexpectedly morphed into Mumbai Police vs Bihar Police thing on Monday when an officer on special duty from Patna, IPS Vinay Tiwari, was forcibly put under quarantine by BMC officials. The investigating officer has expressed his concerns to the media of probe being not taken seriously by the Mumbai Police and it may run into delays as he is going to remain selectively quarantined unless any help from the higher authority comes. A week before his arrival in Mumbai, a special task force designated by Bihar police had already landed there in end July, but they have not been treated as the way Vinay Tiwari is. What is now reported by media persons is that there is a laxity in the coordination from Mumbai Police, as if they never wanted to share the probe with some other competent team, as per the words of Bihar Police Team. If all this turns out to be true, the probe is very far from over and the situation might exacerbate further when the fight of two police teams reaches its respective government’s doorstep.

IPS officer Binay Tiwari reached Mumbai today from patna on official duty to lead the police team there but he has been forcibly quarantined by BMC officials at 11pm today.He was not provided accommodation in the IPSMess despite request and was staying in a guest house in Goregaw pic.twitter.com/JUPFRpqiGE

The team of four flew to Mumbai after the FIR filed by late actor’s father K.K Singh in Patna against Rhea Chakraborty and her family too. The top brass from Mumbai Police department has termed the expedited actions of the Bihar Police as preposterous since there was no need for other state police to get involved in the ongoing probe, which is looked into scrupulously by the assigned team of Mumbai Police.

Father K.K Singh has long warned Mumbai Police in February that his son was abetted by alleged Rhea Chakraborty, to take some extraordinary steps to end his life. But Mumbai Police showed no response at that point. Replying to K.K Singh’s claim, Mumbai Police Commissioner Param Bir Singh has rebuffed by pointing out that they didn’t receive any such complaint from the actor’s father in February to The Indian Express.

He has further taken a jibe at Bihar Police, saying that under what section of the law Bihar Police has sent a team to join the probe as the crime scene doesn’t fall under their jurisdiction. He has now also opened fire on Bihar Police for having come this far to renege their own words as Bihar Police has earlier informed Mumbai Police that they require some confidential documents pertaining to the actor’s medical condition, according to the reports of The Indian Express.

Disgruntled at the news of officer Vinay Tiwari getting selectively quarantined by BMC in Mumbai, the Bihar CM Nitish Kumar said, “whatever happened is not appropriate, the officer has gone there on his duty”. He has made it clear that he would take up the matter with Uddhav Thackrey, CM of Maharashtra if the officer is not let free anytime soon, to which Uddhav Thackrey replied, “Don’t drag politics into the matter, Mumbai Police alone is capable of solving the case”, according to The Indian Express.

Not leaving the opportunity go away, several members of BJP in Bihar have now started to take a dig at Maharashtra Government for engineering the whole probe and making Mumbai Police dance on their fingers. This blame game is bound to stay for a while as Bihar is going to poll in October. The ruling JDU-BJP alliance government in Bihar seems to take the case to its advantage in the upcoming election wooing the voters’ emotions by touting the opponent for showing derelict attitude towards bringing justice to the son of Bihar, late Sushant Singh Rajput.

The case has already stoked a controversy between the two state’s police and now the respective government too, ostensibly in the run-up to Bihar election due in the next few months. If the blame game is all a political party has, then justice is not going to be meted out to the victim’s family. Rather this will add more to woes of the actor’s family besides their loss.