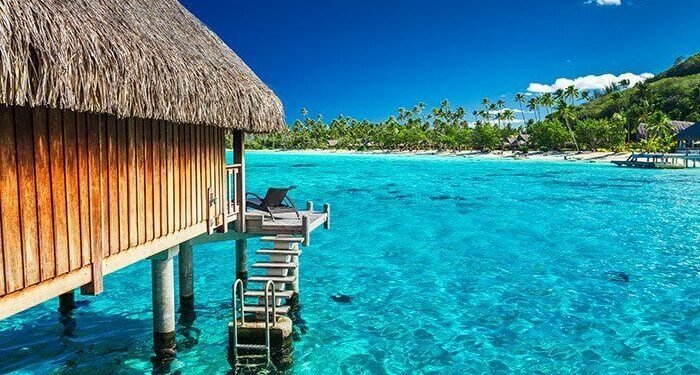 You don’t need to leave India if you’re looking for natural scenery and gorgeous vistas. From spectacular coastlines to deep, dramatic caves, this country is full of gorgeous, natural wonders. We’ve rounded up 10 Breathtaking Natural Wonders of Mother Nature being her most amazing self.

The Yana Rocks & Caves are mother nature’s blessing. In the Sahyadri mountain ranges of Karnataka, these are naturally-formed ancient caves. As compared with other caves located in India, these are very rare caves. It’s a wonderful place to visit, situated between Sirsi & Kumta near Gokarna, Karnataka state, Uttar Kanada district, India.

Yana caves are naturally shaped caves on massive rocks of monoliths. These rocks are broken into two parts. The first is known as the Sikhara Mohini, which has an altitude of 90 meters. The second rock is the tallest and biggest rock known as the Shikhara Bhairaveshwara; it is 120 meters high from its base area.

Yana caves are rain forest caves built naturally. In the daytime, these caves look like an enigma and a haunted location in the night time. For adventure seekers and lovers of nature, it is the best place. It will be a great trekking experience in the rain forest to get her. This is also a pilgrim’s spot for devotees of Lord Shiva.

Jog Falls is located 100 km from Shimoga city, on the border between Shimoga and North Kanara. The Western Ghats give rise to the Sharavati river, which dives into four majestic cascades, namely Raja, Rani, Roarer and Rocket, from an altitude of 829 feet. Jog falls, located in the thick evergreen forests, 16 km from Talguppa’s nearest railway station, Shimoga district, Karnataka, is the highest waterfalls in India.

These falls can also be reached on the way to National Highway 48 or 4. The effect is greatly enhanced by a ferocious and beautiful region surrounded by a wealth of luxurious vegetation. You will be led to the very depths of the fall by the steps cut into rocks and showered with a vaporous spray that bounces off these rocks.

The best season to visit the Jog Falls is during Winters when the sky is free from the mist.

The Marble Rocks is a place near the city of Jabalpur, in the Bhedaghat of Jabalpur district, in Madhya Pradesh, along the Narmada river. The soft marble was carved from the water, forming a stunning canyon about 8 km deep. It’s a popular tourist destination for Indians. The local marble is mined and sculpted into different figures and shipped across India.

The place is full of tourist activities. There is a cable car to carry tourists across the gorge, rowboats to the river downstream of the falls for guided tours, and several small shops packed with crafts customized from local materials. The most perfect time for boating is during Purnima; particularly during Kojagari Puja on Sharad Purnima, where boating is considered to heal the body and soul.
4. Nubra Valley, Ladakh

The Nubra Valley lies sandwiched between Tibet and Kashmir, surrounded by snowcapped Himalayan mountains. The view of the valley is stunning and picturesque. The entire valley looks like the scenery of the moon during winter and full of greenery in summer. The valley is also known as ‘broken moonland’.

Nubra Valley, situated about 150 km from Leh, is famous as the Orchard of Ladakh and was originally called Ldumra, which meant the valley of flowers.
It’s not just the naturally breathtaking landscape of Nubra that draws visitors, the valley is mainly Buddhist and it has many Buddhist study centres. Popular Buddhist monasteries include Ensa, Samstemling, Diskit and Hunder Monastery.

The Valley of Flowers region is rich in diverse flora and fauna. The valley of flowers was declared in 1982 as India’s National Park and is now a UNESCO World Heritage Site. Botanists, nature lovers and adventure lovers have always been drawn by the virgin and breathtaking charm of this magical valley.

Throughout the season from May to October, the valley of the flower appears to change its colours, as hundreds of different flowers bloom, taking on different colours and shades as time goes. The valley is home to many popular flowers, such as the Brahmakamal, the Blue Poppy and the Cobra Lily. This valley is popular among foreign visitors as well.

Jaisalmer is one of Rajasthan’s primary attractions. A substantial number of visitors are drawn to the stunning city situated in the centre of the “Thar Desert.” A big draw for visitors is the number of attractions in the area.

The Sam Sand Dunes in Jaisalmer are one of the region’s most common dunes. During the Jaisalmer tour, the awesome beauty of these dunes makes it a must-see.

The site is about 40 km away from the city of Jaisalmer. It is a desert zone and one of the most popular tourist destinations in Jaisalmer as well. As the sun sets, the liveliness of the Jaisalmer Sam Sand Dunes improves even further.

To experience the Rajasthani tradition, several desert campsites arrange cultural programmes for tourists. Musical evenings, folk dances, puppet shows and an opportunity to explore the aromatic Rajasthani cuisine can be observed there.

Barren Island, is situated in the Andaman Sea. It is part of the Andaman and Nicobar Islands and lies about 138 km (86 mi) northeast of the capital of the territory, Port Blair.

As the name means, Barren Island, except for certain animals and birds such as pigs, bats, flying foxes, and rats, is absolutely lifeless with no living human being. In India, this island has the only active volcano that has erupted twice in the years 1991 and 1994. The volcano has erupted more than six times since then and the recent eruption that occurred was on 2 May 2006.

However, if you wish to travel around the island on a sightseeing trip, you must seek licenses from the Department of Forests.

Hogenakkal Falls is a stunning waterfall located on the Kaveri River in the Tamil Nadu district of Dharmapuri. Hogenakkal is also one of India’s finest and breathtaking waterfalls.

Hogenekkal is located 46 km from Dharmapuri on the border of Karnataka. It is a south Indian waterfall located on the Kaveri River.
It is also referred to as the ‘Niagara Falls of India,’ and is regarded as a major tourist destination for swimming areas and hired boat trips. The special bathing place is also created with boundaries around for protection.
Tourists can also go hiking on the surrounding hills. This is the best place for adventure lovers. Perfect time to visit Hogenakkal Falls is during winter from October- February.
9. Munroe Island, Kerala

Munroe Island is an Inland group located approximately 27 km from Kollam. This Island has a spell-bounding beauty that attracts tourists or visitors.

Munroe Island is a secret pearl consisting of a cluster of 8 reefs. Tiny water channel sand and lakes distinguish each of them.
The narrow canals, riverboat ride and the famous Kallada Boat Race held here during Onam’s festival, are some of the major attractions on this island. It offers a unique and peaceful atmosphere, far from the continuous chaos of modern life.

Maharashtra is a blessed state surrounded by many miraculous waterfalls. This place is full of tracking destinations and camping spots. Reverse Waterfall is breathtaking and one of the water Falls that cannot be missed on the trip to Lonavala.

The scenic beauty of the waterfall is a great delight for both tourists photographers and also adventurers. This place is best visited during monsoon.

1. Incredible But Unpopular: Places Around The World

Check out our Lifestyle section to read more stories on Lifestyle & Latest Trends.