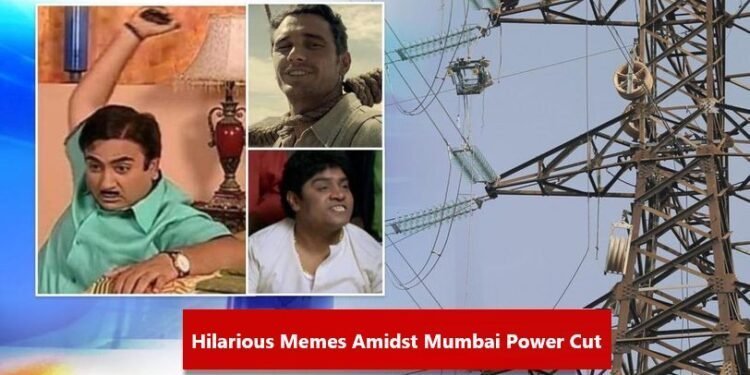 People enjoying their day off in Mumbai, cheers to the power cut. Today on 12 October 2020 Mumbai registers an electricity supply off soon as people woke up this morning to begin a new day. It even leads local trains to come to a halt.

A statement explaining the reasons for the power outage was released by Tata Power and expressed regret for the customers’ inconvenience. The company reported that the electricity failure began at 10 am in the morning as a result of the 400 KV transmission system of MSETCL at Kalwa supplying Mumbai and nearby regions being triggered.

Mumbaikars took to twitter, sharing memes on how it feels not to work due to power cut.

Meme army leaves no chance of turning any grave issue into hilarious. They address reality, yet are more nearer to reality escapism. Inferences from the most associated and relatable world, none other than Bollywood serves best in inducing puns and sarcasm in their memes.

Instead of choosing to come out of homes and have a break from a monotonous and hectic schedule, millennials who never depart from their handset plump for a virtual world. They have their ways of entertaining themselves in leisure period.

Since morning, twitter was flooding with hilarious memes that include content on rejoicing deadline day, availing by chance official holiday and so on.

Give a look to some of those SS from twitter handles.

1) A photo of model wearing dress attached with candle stands is crafted out in . wake of power cut in Mumbai. A Mocking expression at South Bombay girl’s fashion ideas.

2) Two pictures were morphed and combined. One having Arwind Kejriwal Delhi’s CM cutting power connection(referring a usual practice in Delhi) and another one is of Udhav Thakery cross-checking electric supply while managing posture at the pole.

3) A shot from Hollywood movie is clipped where actor seems to pose a sarcastic tone.

The meme reads… after seeing power cut trending on twitter.

4) 2020 has witnessed a lot happenings… ranging from CAA/NRC protests to worldwide spread of coronavirus. 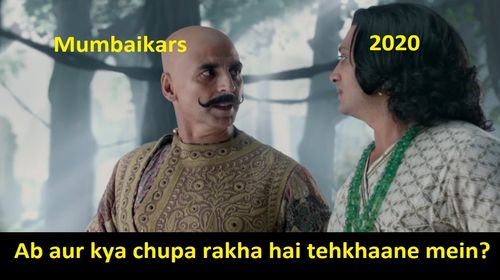 5) Amit Ji is always seen as talking of responsibilities. Besides a superstar, he is a senior citizen who endorses many PSAs. #PowerCut uses his cut out from one ad to convey this all happened because of our irresponsibility. Perhaps the overuse of electricity is the result of today’s power cut.

6) No sooner had a power cut in Mumbai, an apprehensive attitude among people could be seen to charge their cell phones for a day. Residents of an apartment hoard to get their phone charged from an inverter connection.

7) One message from twitter also went viral today. It states about the importance of basic things in our life. 8) People residing at the outskirt of mainland use Tiger Shroff dialogue “jo tera torture hai wo mera warm up hai” to reflect on their regular struggle with electricity supply. 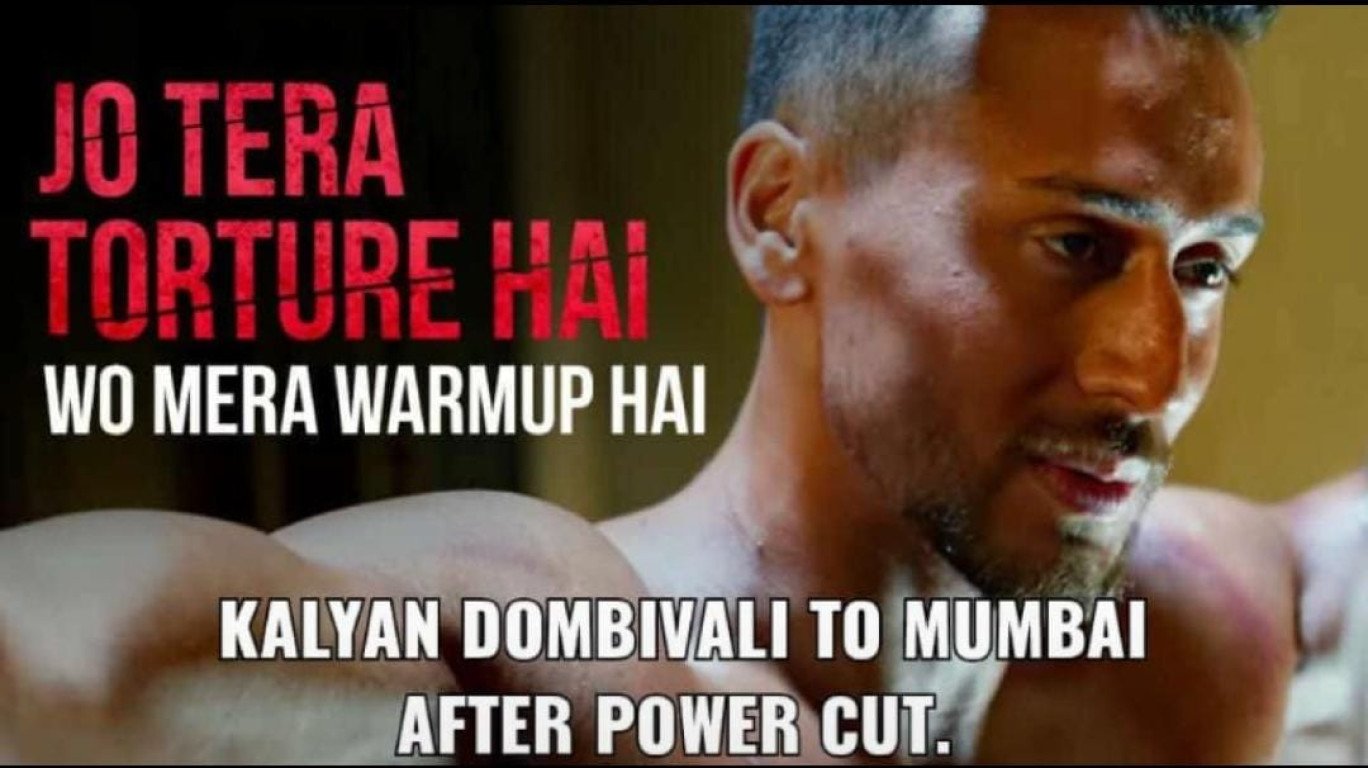 These posts were the glimpse of Memers presence of mind. No matter how grave the situation is… they have gotta swag to tackle and transform it in a creative outlook.  This justifies that even in such bizarre what our heart and soul seeks is entertainment, entertainment and entertainment.

Later in the evening Udhav Thackery took a serious cognizance and demanded to probe into it.

State Energy minister Nitin Raute declared the reason of power outage. It happened due to grid failure of the power grid.

TATA power also issued a statement explaining the technical snag. “Due to tripping of MSETCL’s 400 KVs transmission system at Kalwa which supplies to Mumbai and adjoining areas. MSETCLs 400kV Pune-Kalwa line was under forced shutdown since yesterday due to R-Y phase fault. It is understood that MSETCL had taken emergency shutdown for 400 KVs Kalwa- Padghe line -1 at 6.54hrs today morning to attend fault and was expected to be revived by 09:30hr, but could not revive it. As understood, at 09:58hrs 400kV Kalwa-Padghe-2 carrying 633 MW tripped. The flow-on Pune-Kharghar rose upto 900MW and tripped at 10:00hrs resulting in load drop in Mumbai system. Mumbai’s islanding system that saves the city from major power outages was separated, however, it could not hold as additional 900MW load dropped at 10:05hrs.”, the statement added.

6 Indian startups to join the billion-dollar club in 2020