Birthday Special: 8 Times Om Puri Was So Entertaining That He Made A Memorable Place Among The Audience 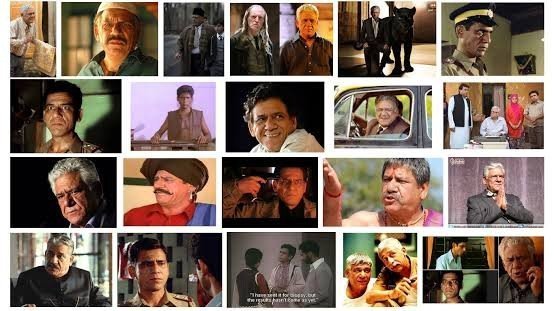 Om Puri as an actor did not limit himself to either mainstream cinema or art films, he has films in almost every genre. His memorable performances have not only defined his stature as an actor but also has made the film industry richer in terms of great work. He worked in films like Ardh Satya, Bhavani Bhave, Akrosh and created memorable characters out of them. He also featured in the British Comedy-Drama East is East and gradually became a known face of English Cinema.

Puri’s film career is so versatile and colourful that it is not easy to appreciate all his performances in one go. At his 69th birth anniversary, we bring to you some of his comic and relatively light roles that the masses have fallen in love with and will remain fresh in the memory of the Indian audience.

The 2007 film is a story of four lazy men, who try to woo a wealthy girl. Om Puri playing the girl’s grandfather is not only hilarious as a sarcastic old man but his constant bickering with his wife is rib-tickling as well as adorable. Om Puri’s character is hands down the most memorable character about the film.

The 2000 film Hera Pheri, has reached cult status over time. Who doesn’t love the film? While Babu Bhai is deemed the most iconic character, Khadak Singh is as memorable as any character played by Om Puri. Khadak Singh who had lend Shyam money tries everything to get his money back for his sister’s wedding from an already broke Shyam. The character is full of mirth, earnestness and emotion and therefore very entertaining.

The 1998 romantic comedy is a love story of a conman/thief who meets an NRI girl from Paris. The thief, Shekhar played by Ajay Devgan is constantly chased by inspector Khan played by Om Puri. The constantly Gram eating policeman is memorable for its quirkiness and wit who’s not only bothered about catching Shekhar but also to show him the right path.

Bajrangi Bhaijaan was one of the most loved films of 2015, a moving story of a very religious Indian Hindu man and a dumb and mute child from Pakistan. Om Puri had a relatively small but impactful role in the film. Pawan played by Salman Khan, unknowingly takes refuge in a mosque for the night, the warm and welcoming Maulvi Sahab played by Om Puri helps them. And finally bids them farewell with the sweetest gesture by saying “Jai Shree Ram”.

The 1997 comedy is every child’s favourite and is remembered as a rollercoaster ride of laughter, studded with performers like Kamal Hassan, Tabu, Amrish Puri and among them, Om Puri is nothing less than a treat. Om Puri playing Bawarilal, secretary to Durga Prasad Bharadwaj is cunning but not as much as he thinks, his suspicion of Chachi complicates the matters for Jaiprakha played by kamal Hassan who barely manages to outsmart Banwari.

Singh is King is a 2008 action comedy film. Om Puri played Happy (Akshay Kumar)’s best bud, a man probably in his 50’s named Rangleela. When Happy is sent away to Australia Rangeela unwillingly accompanies him. The role, however, is subordinate but is made memorable through Puri’s Performance.

The 2006 comedy film received mixed reviews from the critics. Set in a small village name Laholi the film is an adaptation on waking Ned (1998). Ball played by Om Puri is a short-tempered dairy farmer who is downright amusing. The constant push and pull between him and Kanhaiyya leave the audience in splits. Towards the climax when the Lottery inspector comes and Anthony’s funeral procession is done under Ballu’s name, the audience has a riot.

The film when released in1983 bombed at the box office, but over time acquired the status of a classic and is without a doubt one of the most intelligent satirical comedies of the Hindi-film industry. Om Puri was seen portraying the role of Ahuja, who is driven by corruption and dishonesty, this alcoholic persona is a great source of entertainment for the audience and is certainly quite difficult to forget.

Some of these roles acquired critical acclaim, some immediately gained recognition but in all these different characters there’s is one thing common, they are hands down entertaining and are loved by the audience. Let us know which one is your favourite among these in the comments section. And for more such content, keep checking our entertainment section.

Brands that beautifully showcased the Hindu-Muslim theme in their Ads