One Direction Songs That I Still Find Myself Listening To

One Direction is one of those Pop Bands that needs no introduction. Even after them being on a hiatus for so long, fans are still listening to their songs repeatedly. The singers have taken on their individual journeys as solo artists but the fans haven’t let go of the dream of seeing them come back together.

by Yashasvi Singh
in Listicles, Music
0 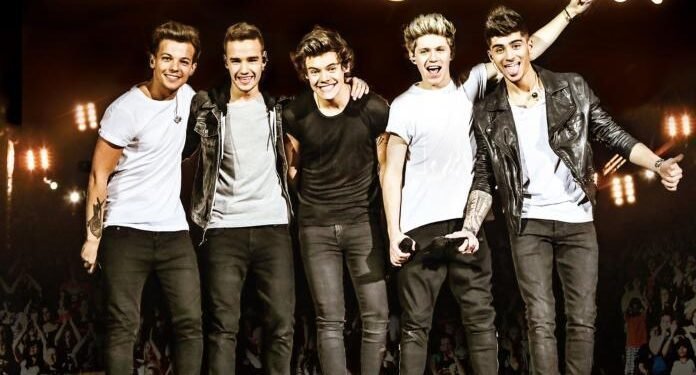 One Direction. For me, it all started with a Google search for the names of the five boys in the music video of “What Makes You Beautiful,” and then bang! Years later, I’m still upset about those British lads and their failed promise. One Direction is one of my most favorite bands. Harry, Louis, Liam, Niall, and Zayn continue to shine brighter than anyone else in our world.

They were the first large boy band of the social media era, and they were accessible in a manner that other celebrities had never been. Apart from their music, every post, picture, interview, and gesture were scrutinized and analyzed, resulting in a rich legend that is just as important as the tunes.

That One Direction needed a mythos to enhance their music was beside the point; the tunes were already fantastic. They progressed from a typical pop fare to interpolating the signifiers of classic rock but excelled at both. They were often labeled as an “edgier” boy band.

One Direction’s music never felt elitist – even as they moved towards electric guitars, it didn’t feel like it was to win over people who wouldn’t think to look up to a boy band for some of the best rock songs of the last decade. That’s because One Direction had a higher appreciation for their fans than that.

Their music wasn’t about legitimizing themselves as artists to be regarded seriously because the millions of young women who helped them become megastars had already done so. Their songs have always had a magical effect, so here are the songs that I keep coming back to for some reason. Make sure you add them to your playlists if you haven’t already.

“We’re only gettin’ older, baby. And I’ve been thinkin’ about it lately, Does it ever drive you crazy, Just how fast the night changes?”

This is a timeless classic. These lyrics have stayed with me for the rest of my life. In fact, after listening to Night Changes, all my 16-year-old self wanted was a red dress to wear out on a date like this, and I’d be lying if I said I don’t think “god, me when?” every time I see the music video.

The ultimate anthem for plunging into emotional emptiness. It’s almost as if you’re floating in space.

And the sentence “and now I’m one step closer to being, two steps away from you when everyone wants you” is a little too near to the truth.

3. What Makes You Beautiful

Okay, it’s difficult to put into words how much this song means to me or how long it’s been there for me, but its journey from the “English music folder” on my first phone to the “on repeat playlist” on Spotify speaks for itself.

I’m not sure where to begin, Louis’ rough voice (because he recorded this at 2 a.m.), and truckloads of magnetic lines. I’d like to compose a song for you.

No one ever said that, but this has been a fallback for all those “I don’t know how to be expressive” situations. I’m just listening to this and thinking about it again.

Say hello to the song that convinced me that when two people are insanely in love, they can work it out.

Bhagwaan ka diya sab kuch hai, but right now all I need is someone to look at and say, “Nothing can separate you and me, not even the god above.” Also, Zayn’s high notes at the end deserve a standing ovation.

Hey, One Direction “Yes, I enjoy doing things I know I shouldn’t, so baby, I’m perfect for you.”

After this music starts playing, I can’t sit still, oof. It’s a whole mood to be grooving and vibing to the music. Maybe it’s them, or maybe it’s something to do with the perfect songs. They, for the most part!

Whenever I’m feeling a little bit bored or start getting advance warnings from my brain about the impending existential catastrophe, I simply jump right into this song and scream out loud during the “Story of My Life” segment.

Then I have to go through the entire playlist on repeat.

Watch this performance if you ever want to understand the force of the One Direction fanbase.

Niall with his sick electric guitar, Harry in a bandana, Liam and Louis is the cutest ever, and of course Zayn’s high note…aur kya chahiye life mein? Perhaps if I had forwarded those good luck messages to Whatsapp groups, I would have been able to attend the San Siro concert in person, but koi na, seh lenge thoda.