Pakistani Dramas breaking the stereotypes of a conservative society

by Neha
in Buzz, Listicles
1 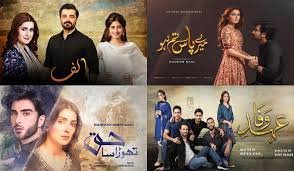 In the entertainment industry, films and dramas play a vital role, they not only provide entertainment but also educate the viewers. The fictional story that is narrated by the director and the story writer is usually divided into different genres and sub-genres. While some dramas are only there to entertain the audiences, there are a few dramas that are produced in Pakistani television industries that have a strong social message. These dramas are quite different from the regular daily soaps that have a saas-bahu & Vamp dimension.
Well, the Pakistani drama industry has given us a variety of such dramas that not only addresses the social issues and taboos prevailing in our society but also teach us how to tackle them. These dramas, breaking the stereotypes are worth watching, and are easily available on Youtube as well as on their own apps like; ARY Digital, HUM TV, etc. Here is a list of dramas that one must watch:

Ruswai is a blood-curdling story of a girl, who is a doctor by profession living a happy life with her family, she gets abducted in front of her father at night, gang-raped and thrown in the bushes to die. After this tragedy, the victim’s character is questioned upon and her position in society takes a hit because apparently, she is now stained. It is this victim-blaming mentality that has hurt many young victims of such petrifying crimes. Instead of fighting against the criminal, our society starts telling the woman that somehow she was in the wrong and must have instigated the offender.The story not only talks about the gang rape survivor but also on the concept of ‘watta-satta’, how problems in one marriage can have a huge effect on others.The phenomenal acting of Sana Jawed will definitely bring tears in your eyes.

Beydardi (Cruelly), the drama deals with the issue of HIV/AIDS which is still considered as a taboo in our society and also considered as a communicable disease. Aiman Khan is playing a lead role as Biya who is married to Shafay(son of a rich family). Shafay gets infected with HIV, while neither Biya nor Shafay knew about this. After Biya became a victim of HIV/AIDS herself, nobody blames Shafay but Biya and her character is always questioned. Lastly, there is a strong message in the drama that one would only know after watching the drama.

Theme: #MeToo and Sexual Harassment in the workplace.

This drama deals with the social issue of harassment and their impact on women. The drama highlights how a woman becomes the victim of harassment at her workplace, due to which she feels worthless and she is also blamed by a society which leads to further problems in her life. The story is of a decent girl named Afreen who is compelled to support her family. She works in Shahwaiz’s office who is married to a elder women. He tries to harras Afreen and even creates obscene pictures of Afreen and circulates it to everyone. Finally, Afreen files a complaint against him and gets him arrested.

Qurban; as the title says is based on ‘sacrifice’. We’re used to seeing men doing double nikkah, but in this concept, a woman is tied to double nikkah.The story revolves around Heer, who falls in love and secretly gets married to his class fellow Jamal who is financially poor. The plot twist occurs as Heer is already engaged in her family since childhood and, despite this, she is forced to undergo another nikkah. The story of a love triangle and social taboos is worth watching for the viewers.

Khan’s are always considered as a brave and headstrong community in Muslim society. The main lead Sanam khan(Khaani) is a pragmatic girl, whose brother is murdered by an influential politician son, Mir Hadi. He gives Sanam’s family death threats and harasses them with his power and position. His intimidating behaviour pushes Khaani to stand like an iron wall in front of him. Khaani’s chivalry and bravery melt Mir Hadi’s heart and he falls in love with her.The story of love, obsession, and revenge is worth watching.

5 Must Watch Pakistani Romantic Shows For You This Quarantine

From tongawala to India’s most prominent Masala seller: Journey of MDH’s ‘Dadaji’

From tongawala to India's most prominent Masala seller: Journey of MDH's 'Dadaji'