We're recalling some of our favourite 1990s songs that we'd almost forgotten about. If any of them bring back memories or transport you to a special place, please scroll down and tell us about it. 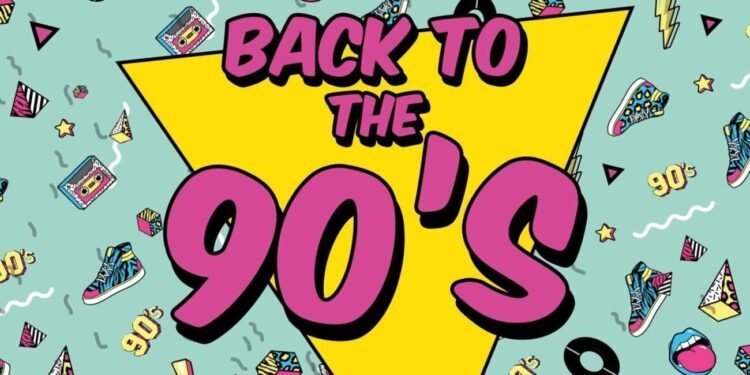 Bollywood is trendy and exciting, with new trends emerging regularly. Every day, new trends occur, and we love to luxuriate in them. So far, the music business has been the most influential trendsetter. It had such an influence that its songs could be heard even in the most remote parts of the globe.

Disco Deewane was an album from the 1980s that sparked worldwide interest. It was given a new outlook on life with Kjo’s SOTY, and it has since then become a discotheque favorite!

Remember when Euphoria, Lucky Ali, Falguni Pathak, Bombay Vikings, and Bombay Rockers were all the rage? They didn’t have to use vulgar language to market their music. It was all about the best kind of music and rhythm. Ah! Those were the days of pure musical pleasure, free of hurling abuses and noise that define today’s music industry.

We’d call this a tribute to the 1990s because it was a euphoric period in our lives when music served as a substitute for colors. It was a period when a new music record was released every day. These albums provided us with the best of Bollywood artists. Indie-pop evolved as a counter-culture to Bollywood music in the 1990s.

So, let’s go on a musical journey down memory lane and relive the songs that made us drool and sing in the 1990s.

Bombay Vikings introduced us to pop, and this song couldn’t have done a better job.

This was a cult band with a cult song to match. If this song is being played at a distance I can guess it from wherever I am.

It was a moment when everyone was attempting to be singers, and Shiamak wanted to get a scent of it as well.

This Pakistani band provided us with several excellent tracks, including this one.

Teenage is incomplete without this wonderful legend’s music. He embodies the word “amazing.”

We loved thumping our feet to this song by Kunal Ganjawala.

What a wonderful composition! Listen to the MTV Unplugged version as well. I’m sure you’ll be amazed because I don’t love Maaeri!

Have you ever heard somebody with a voice as strong and energizing as Shubha Mudgal’s? During rainy days, this song is still a terrific companion.

You will not believe your eyes, it’s the beautiful Nimrat Kaur. The theatre setting and the mellow music, ah!

Stereo Nation nailed it with this song, with a badass piercing and the right pop star groove. I would pick up this song any day to dance. This song is such a vibe!

This one brings back so many memories for me. Isn’t it still apt?

This duo’s beautiful melody is quite relaxing to the ears. Every time you listen to it, you get a nice feeling.

This fierce girl was a wonderful surprise for the Hindi pop world, with a deeply rich, earthy voice.

A song that is easily forgotten, yet once heard, transports you to another time and place.

Wow. This song had almost slipped my mind! We often miss listening to Sonu Nigam. Guess who also features in this song? It’s Bipasha Basu, friends! Give this video a watch, now!

Five charming gentlemen who can sing and sweep you off your feet. Ah! What a fantastic combination! Quite literally, Meri Neend Ud Gayi Thi.

This is one of Sonu Nigam’s initial songs, and it is also one of his greatest.

Farewells, senti-friendship videos, and the completion of a college trip – these are all things that come to mind while thinking about this song. This song has always been there to communicate everything we’ve ever wanted to say about friendships and friends.

The incredibly lovely guy who sang us this beautiful song and stole our hearts with his deep dimples. Every girl assumed it was intended for her. *Yes, I did*

Ah! This introduced us to Alisha, who resembled a princess, and Milind Soman, who was smoking hot. The song was responsible for a whole generation’s sexual awakening. And loving Milind Soman forever!

Back then, the Aryans were the shiz! We will never be able to express our gratitude enough for providing us with Shahid Kapoor and some calming romantic music.

These guys were incredible, delivering singles like Maaeri, Dhoom Pichak Dhoom, and many others.

In simple words, Bombay Vikings were awesome, and this song was fantastic.

When we were missing that specific someone, we would listen to this song. Ah, teenage!

I’m quite sure every single one of you darling Falguni fans has tried and copied the steps at least once. Riya Sen with those big sparkling eyes and Kiran Janjani who you’ll instantly fall in love with.

This song had all the emotions to make a lady feel like a princess, with a lovely voice.

This beautiful song, the lyrics, and the music just touch your heart every time.

The intro is quite funky and gets you in the mood for bhangra.

Guys don’t try to deny it. You love this song, and you can’t stop yourself from doing the step as soon as you hear it from afar.