Rahat Indori: Tribute to the king of Indian Poetic Universe

by Shiva Chaudhary
in Buzz, Featured
1 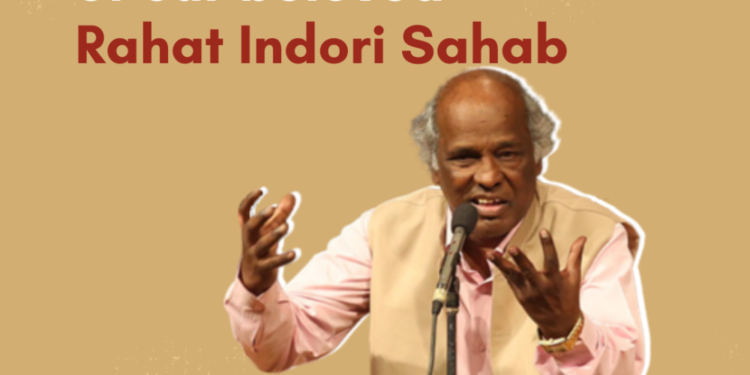 Rahat Qureshi later known as Rahat Indori was a renowned Urdu poet who passed away on 11th August 2020. He was a magnificent personality who had an astounding ability to keep his listeners engaged which very few poets possess. He has been appreciated worldwide and was invited internationally to recite poetry. He has actively performed in Mushaira and Kavi Sammelan for decades.

The poignant poet owns a MA and PhD degree in Urdu Literature and was a former professor as well.

Rahat Indori’s demise has created a void among the admirers of the poetic universe. TSA has attempted to compile a few of his great works here, though it is arduous to pick few of them;