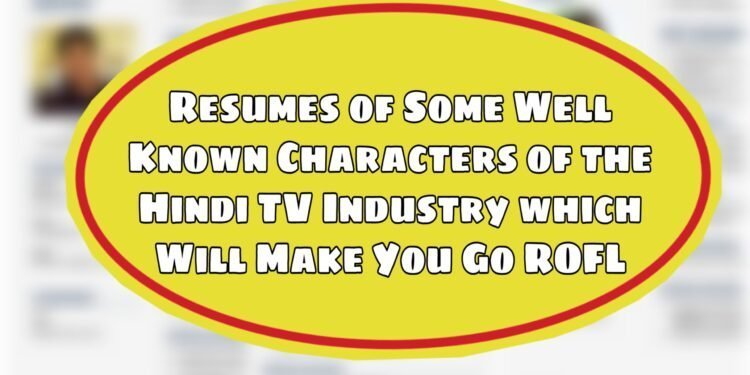 Pritesh Soni of Bangalore, India is a resume writer. As he was asked by his clients to present a sample first, he got bored of sharing just one sample to everyone and thought why not get creative with it and he came up with the idea of making resumes of different well-known characters. His first creative resume was of Bollywood character, Uday Shetty of the film Welcome.

After that, he tried his hands at resumes of Raju and Baburao of Hera Pheri. Resume of Baburao reached the actor Paresh Rawal who played the character of Baburao and he shared it on Twitter which brought many people’s attention to Pritesh’s work. Since then he has made resumes of several other characters like Raju from Hera Pheri, Munna Bhai from Munna Bhai MBBS, and Jethala from Taarak Mehta Ka Oolta Chashma, the TV show from Sony Pictures. Particularly Jethalal’s resume is getting lots of laughs and love from netizens.
You can check his work on Instagram Creative_Resumes_CV

Pritesh’s creativity inspired us at TSA and we thought to try our hand at same and see if we can bring some laughs too.
So, here we are presenting you the resumes of the iconic characters from the And TV show “Bhabhi Ji Ghar Par Hain” If you don’t know about this Hindi TV show then you must be living under a rock. It has been a source of laughter to thousands of Indian households. Without unnecessary drama, it offers fresh content with hilarious dialogues, out of which some even trend on the internet as memes. Jee Haan Sahi Pakde Hain!! 😀
First one of our trials is the proud owner of Kaccha Baniyaan Business, Manmohan Tiwari.

Next one in the line of Job applicants is our Bharbhuti Ji.

He is sick and tired of doing all the household chores, do you think he can qualify for any other job? Or you’ll too say, “I’m sarry, I’m really really sarry”

The third one in our attempts is everyone’s favourite and star of the show, Angoori Bhabhi Ji.

So, these were the three resumes we tried making today. Tell us what do you think of them and if you would like us to make more of them. Drop your suggestions and feedback in the comments section below.

::: This post is a combined effort of two TSA writers, Ummarah Khan and Sami Majid.

Major Ali Shah: From an Army Officer to a Method Actor

Katrina Kaif reaches out to 100 background dancers to offer help

Katrina Kaif reaches out to 100 background dancers to offer help