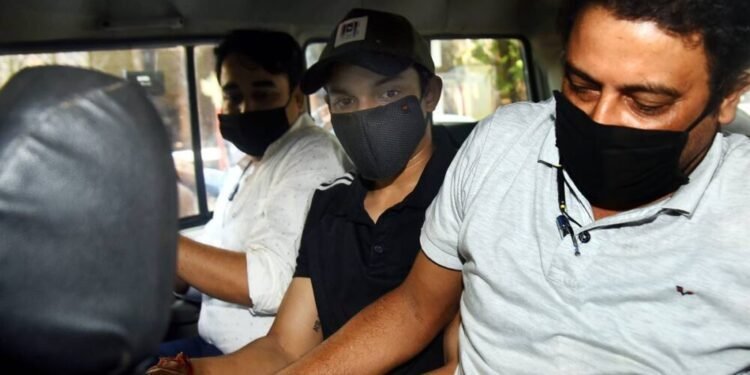 “Congratulations India! You’ve arrested my son, I’m sure my daughter is next on the line. You’ve effectively demolished a middle-class family. Of course, for the sake of justice, everything is justified. Jai Hind”,  he opined.

NCB (Narcotics Control Bureau) has hand-cuffed Rhea’s 24-year-old brother Showik Chakraborty along with Sushant’s house manager Samuel Miranda on last Friday. Both of them will reportedly remain reprimanded in NCB’s custody until 9 September.

The NCB team had searched the residence of Rhea Chakraborty earlier on Friday, as the probe is still on by the agency, looking for any evidence related to drugs.

Yet no drugs have been found on his son Showik Chakraborty, but NCB probe has so far been dependent on 59 grams of marijuana recovered from two men, who are identified as Abbas Lakhani and Karan Arora and they are said to be close acquaintances of Sushant.

NCB in its application for Showik’s arrest has clearly stated that he had named many persons with whom he was dealing in drugs and now he will face his sister Rhea Chakraborty, who has been summoned today for interrogation.

Earlier CBI has denied to any murder angle in the case and all the agencies are now only looking into drugs angle which might have pushed actor Sushant Singh Rajput to suicide. But it’s not proven yet and all the arrests are being made in association with drugs only.