Weirdest things that royals have done over centuries 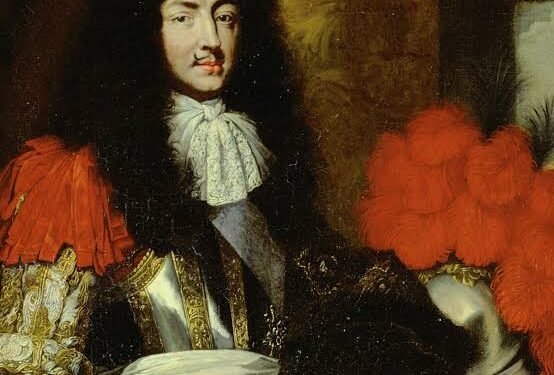 Growing up, we loved the movies made about royals. Starting from “Sofia The Princess ” or “Cinderalla” to “A Christmas Prince” , we have always dreamed about stepping in there life, luxuries, fancy parties, ball gowns and what not! A mark of them being considerate and polite has been set for ages because well royals are royals. But we don’t associate with them being weird or do we? Second angle here brings you the weirdest things royals have done over the course of time..

1) Amalie Of Bavaria was made of glass?

In the mid 19th century princess Amalie Of Bavaria, a Bavarian princess, was in indefinite love with the books and even produced a lot of literary work. However if we look past all of this, she had a very peculiar belief. She thought she was made of glass! Why? According to her she had swallowed a glass piano and the piano would shatter if she won’t walk properly! Due to this she walked with caution her whole life, what can we say again, after all these are royals that we are talking about!

2) Louis XIV of France was obsessed with enemas?

First of all what is am enema? For all those who don’t know what an enema is, an enema administration is a technique used to stimulate stool evacuation and has been in practice for hundreds of years. Now Louis XIV ruled France for 72 years! Rumor has it that he liked enemas so much, that he more than thousands of enemas has been performed on him. And not the normal ones but coloured, and were scented with rose, bergamot, and angelica. His obsession made him get enema throughout his life!

3)Caligula had a weird deal with his pet horse, Incitatus

The Roman Emperor, Gaius Julius Caesar or known as Caligula, admired his horse so much that he made a separate house for him with a marble stall and ivory manger. This does not end here! He even planned to appoint the horse to the high office of consul. This unfortunately could not happen because he was assaulting before he could do the same. His love for his horse was famous all over the world!

4) These royals where cannibals when it came to medicine?

You may have heard of Charles II and William II of England, François I of France, and Christian IV of Denmark. Now do you know that they were all cannibals when it came to medicine?
Back in those days dead body parts called  ‘Mumia’ were sold to apothecaries and physicians. They had a simple belief, they thought that many of these dead parts contains some of the leftover life force of that dead person. Generally, it was young people or healthy ones whose parts were prescribed to kings and queen!

5)Queen Isabella of Spain only bathed twice in her life in late 15th century?

Personally, I dont feel this is something one would brag about! In 537 AD, all the Roman aqueducts that had been installed for bathing were cut by invading Goths. Bathing was thus declared to be a sin practiced by the pagans because the Catholic Church at the time had no idea how to repair the adequates!
By time this bacame nothing but an established ‘fact’ and monarchies untill very recetly bragged about not taking baths.

How much can individuals go for power, Saif Ali Khan’s Tandav is coming to uncover