by Shiva Chaudhary
in Buzz, Featured
0 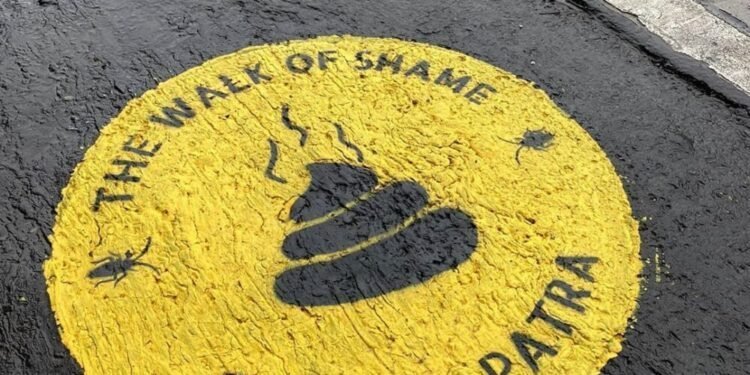 BJP’s official spokesperson, Sambit Patra has made it to the list of the most flagrant personality to be painted on the ‘Walk of Shame’ in Malad, Mumbai. He is infamous for making absurd statements during the prime time debates on TV news channels.

Sambit Patra is an Indian politician currently working for the ruling Bhartiya Janta Party (BJP). He is often invited by TV news channels as the main panelist for their prime time discussions. The politician stays in the headline, sometimes for his defamatory remarks on members of opposing parties and sometimes for absolutely baseless argument.

His recent mumbling of a popular meme, ‘Kokilaben Rap’ which he verbatim read on a debate on news channel Aaj Tak is doing rounds on social media. Referring to the meme, he said, “Rasode mein Rahul tha” to troll the Congress whilst the ongoing debate.

Just when you thought it was all over… pic.twitter.com/HFUBS1x8SR

There are a plethora of absurd remarks made by Sambit Patra and similar half-witted statements and arguments by the BJP spokesperson has led him to the Walk of Shame.