by Daniyal
in Buzz, Lifestyle, News
0 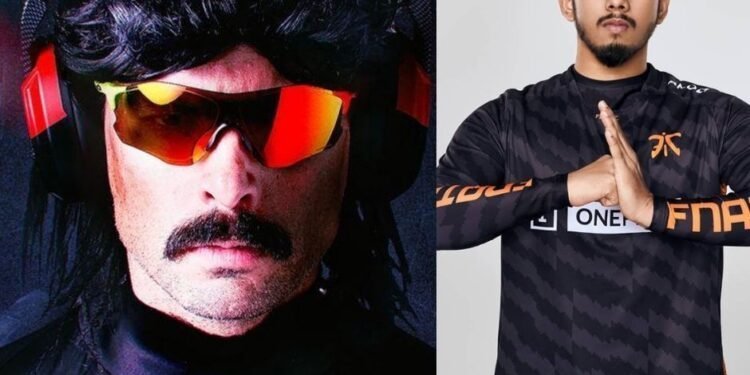 Dr Disrespect has returned to streaming after his Twitch ban and today the streamer has said that he will play PUBG on Friday, 21st August 2020 with Sc0utOP, the Indian PUBG Mobile pro, and streamer. Dr Disrepect’s return to streaming on YouTube was a major comeback. His stream peaked at approximately 510,000 viewers last week. Recently, Dr Disrespect also teased of a stream with PewDiePie with this Tweet. The stream later went live and racked a whopping 3,679,429 views which turned to be one of the busiest live streaming.

Our team talked to one of the famous Indian Pubg Player Salman Ahmed a.k.a 8bit Mamba about this collaboration. Salman said “Dr.Disrespect is a legend. An International Star collaborating with sc0utOP is in itself a great move and shows the YouTube Indian Gaming scenario is growing at a significant rate. Really Looking forward to this”.

ScoutOP’s performance this year Sc0utOP is currently part of Fnatic (Mobile) as a content creator and was a former owner of team Xspark. The pro player and streamer is definitely having a good year. Sc0utOP currently has over 2.62 million subscribers and his recent stream crossed 380,000. On loan to Orange Rock esports, he contributed to OR’s second-place finish in the recently concluded PMWL East 2020. Sc0utOP’s team was also crowned champions of the Global Extreme Challenge conducted by PUBG Mobile. The tournament was a star-studded event featuring Belgian footballer Kevin De Bruyne, Turkish singer Aleyna Tilki, American basketball player Ky Bowman and Argentinian footballer Paulo Dybala.

The face mask as a social nudge: 4 common myths