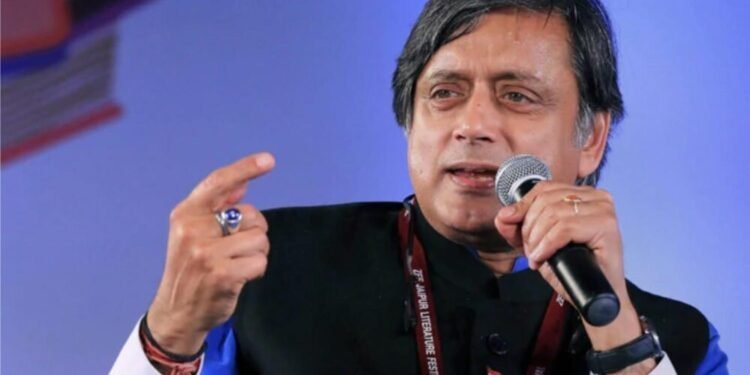 Former Under-Secretary-General- United Nations, turned politician, and author Dr Shashi Tharoor’s official Twitter account is quite an interesting page. From politics to his personal opinions, he tweets about many subjects in the most articulate manner on the platform. But what catches people’s attention is his intriguing use of lesser-known words; the most popular being ‘Farrago’ which shot Dr Tharoor to fame among tweeples, after he used it in one of his tweets  Since then, every few days, Dr Tharoor makes most Indians reach out for the dictionary and learn a new English word! In fact, most readers wouldn’t even know such English words existed had he not used them in his interesting tweets.

Meaning: relating to or denoting journalism of an exaggerated, subjective, and fictionalized style.

Meaning: The fear of long words.

Meaning: The action or habit of estimating something as worthless.

Meaning: Government by the least suitable or competent citizens of a state.

Meaning: Having a strong urge to write.

Meaning: (of a woman or female mammal) about to give birth; in labour.

During an interaction with students during an event in Thiruvananthapuram,  a student asked Tharoor to give him a new word. In his response, Tharoor revealed how he developed his ‘exotic’ vocabulary. To the surprise of many present at the event, Tharoor said he has “barely opened” a dictionary in his life.

“I’ll give you a very simple, old word – read – that’s the only way I have acquired the vocabulary. People think I am some sort of nut case who studies dictionaries all day long…I have barely opened a dictionary in my life,” Tharoor said. The 63-year-old politician’s response received huge applause from the audience.

In his new book, Tharoorosaurus, he will be sharing 53 examples from his vocabulary. Published by Penguin Random House India, there will be one such word from every letter of the alphabet.