Sooryavanshi Action Film- Not to be released this Diwali

by Yukti Sethi
in Buzz, News
0 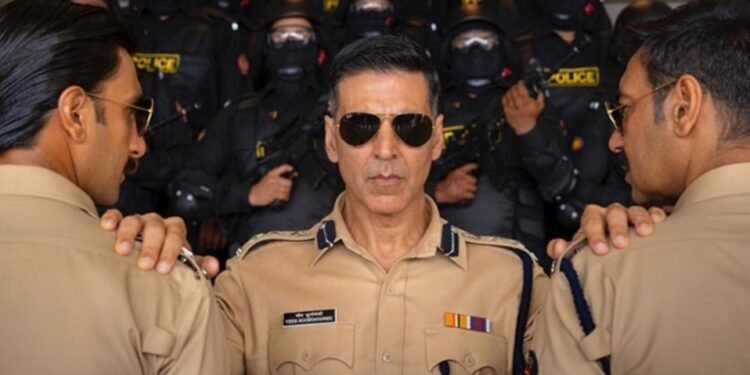 3
SHARES
1
VIEWS
Share on FacebookShare on TwitterShare on WhatsApp

Bollywood fans are crazily waiting for the action featured Sooryavanshi starred by Superstar Akshay Kumar and directed by Rohit Shetty – the King Director Of Action Movies, since it has been announced in the media in March 2019. The film is to be presented by Reliance Entertainment and produced by Rohit Shetty Picturez in association with Dharma Productions and Cape of Good Films.

Sooryavanshi, being Rohit Shetty’s fourth cop movie, after Ajay Devgn’s Singham, Singham Returns and Ranveer’s Simmba, has increased the curiosity in the audience. It was supposed to be released on 24th March 2020 but due to the pandemic and nation-wide lockdown, the release got delayed. And this delay has further increased the curiosity of the audience waiting to watch the film.

Although it was announced in June, this year by the studio, that the film would release on Diwali along with the announcement of releasing Ranveer Singh’s 83 on Christmas ( earlier scheduled on April 10), Sibashish Sarkar – the Reliance Entertainment Group CEO – is unsure of the release.

According to him, it is not possible to release the film on Diwali as of now. Though the Union Home Ministry has allowed the opening of cinemas and multiplexes with 50 per cent seating capacity and other guidelines from October 15. But not all the cinemas are sure to be opened for screening. Talking about the same he has told PTI that, “One thing is clear, we are not releasing any film on Diwali. No other decision has been taken. It is not possible to release a film on Diwali now. As of now, all cinema houses are not opening from October 15. Even if it opens on November 1, how can you release a film in 10 or 15 days notice period?”

He also makes his point clear that he is happy with the Standard Operating Procedure (SOP) for cinemas that will be coming soon by The Ministry Of Information and Broadcasting and is thus not questioning the government’s decision.

The call to shift the release date of the Kabir Khan helmed 83 along with Sooryavanshi is also brought to notice. To which Sarkar said, “We are not sure whether we will change both Sooryavanshi or 83 or we will just shift one film. It is definitely clear December to March is the time (to release films), this is the realistic timeline,” he added.

Keep a check on our entertainment section for more updates on this and other matters of the Bollywood industry.