by Neha
in Buzz
0 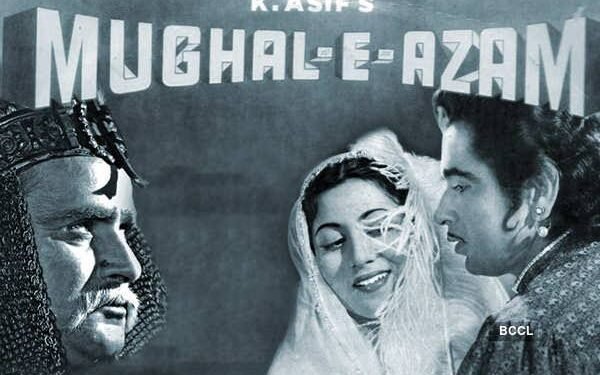 One of the Classic and historical films of Indian cinema ‘Mughal-e-Azam’, directed by K. Asif and produced by Shapoorji Pallonji was released on the 5th of August,1960. This year marks the 60th anniversary of this classic movie.

Mughal-e-Azam has everything in a movie that attracts audiences of every generation: Love, Revolt, tragedy, concept. The mesmerizing performance of actors Madhubala, Prithviraj Kapoor, and Dilip Kumar breathed new life into the character of Anarkali, Akbar, and Salim. Mughal-e-Azam was a big-budget movie at that period of time, with a budget of 1.5 crores, and it broke every box office record with a collection of 11 crores, it is still considered as one of the highest-earning films of all times.

The Indian film director K. Asif literally gave his whole heart to make this movie, it almost took 10 long years to complete this entire piece of art, which is still remembered by the Indian audiences. In 2004, the film became the first full-length Indian feature film colourised for a theatrical re-release.

The movie was not just a piece of art but a work of Passion of the director, cast, and the entire team of Mughal-e-Azam. The nostalgic feeling after listening to the beautiful songs by Naushad, still bring goosebumps amongst audiences. A fact that audiences are not aware of the movie is, the battle scenes presented some real soldiers of the Indian Army, to make it look more authentic and realistic. This not only shows the dedication of the director but also the extent one can go for his passion for perfection.

Today Indian cinema classic movie ‘Mughal-e-Azam is celebrating its 60th anniversary with the great director late K. Asif and his son Akbar Asif who is presenting the film in Oscar library in Hollywood.  Akbar Asif, the UK-based son of the late director, said he presented the screenplay to the Academy Awards to mark the big anniversary of his father’s historical epic starring Prithviraj Kapoor, Dilip Kumar, and Madhubala, which falls on Wednesday.

Three versions of the legendary screenplay – in Hindi, Roman text and English translation, are now available at the Margaret Herrick Library, a world-renowned reference and research collection of the Academy devoted to the history and development of the motion picture as an art form and an industry.

“The journey of ‘Mughal-e-Azam’ started with words from the greatest writing team ever assembled in Hindi cinema and I thought the best way to honor them was to permanently preserve their screenplay in the world’s most renowned film library,” said Akbar Asif, a businessman based in London.

“I hope future generations can learn and get inspired by the work of my late father and his incredible team of writers. I want to humbly thank the Academy Awards for accepting the screenplay,” he said.

For today’s generation, the movie is an inspiration. With the upcoming digitalization and people bing watching over Netflix, Hotstar, and other platforms Mughal-e-Azam is also now available on Hotstar for the audiences.

Bollywood might go on to make many historical movies like ‘Jodha Akbar, Bajirao Mastani, Padmaavat’ but stakes will never ever be higher than the epic love story of  Salim and Anarkali. The creativity and insanity of late director K. Asif still act as an inspiration and benchmark for every contemporary filmmaker who wishes to explore the genre of epic movies.