by Varisha Singh
in Buzz, Listicles
0 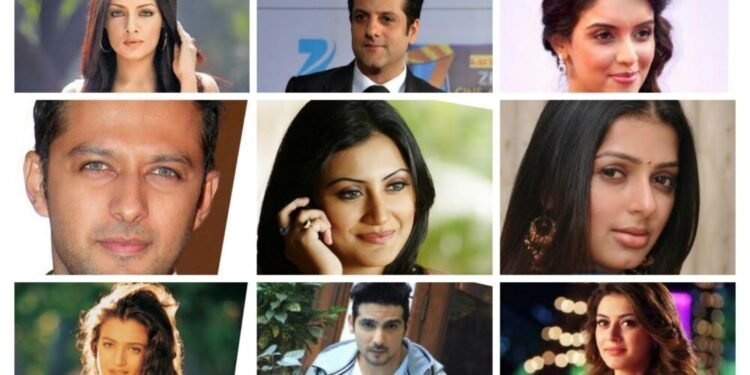 Today, TSA brings you some of the Bollywood celebrities who were/are lost with time in the industry-

Bhoomika Chawla who was initially a pretty big face in the Telugu film industry since 2000, later made her blockbuster hit debut through ‘Tere Naam’ starring opposite Salman Khan. She also starred in movies like ‘Run’ and ‘Dil Ne Jise Apna Kaha’ but could not make it big in Bollywood. However, she then moved permanently to the Telugu film industry and has thrived there. She recently returned to Bollywood after 9 years in 2016 in the blockbuster hit M.S.Dhoni: The Untold Story in a brief role as M.S.Dhoni’s sister.

Vatsal Sheth started his career as a teenager with ‘Just Mohabbat’ show on television (90’s kids would know!) and was then signed in 2003 by the popular duo of Bollywood, Abbas-Mustan for ‘Tarzan: The Wonder Car’. He also appeared as the main lead in movies like ‘Hostel’ and ‘Paying Guest’ which could not do much in Bollywood, which made his return to television and has been there ever since with the exceptions of a cameo in Salman Khan starrer ‘Jai Ho’ and most recently in ‘Malang’.

The ‘Hangama’ actress made her debut in 2003 and had been working in the Telugu film industry earlier. She was also nominated for Filmfare’s Best Debut Actress and has worked in many blockbuster movies like ‘Dhoom’, ‘Golmaal: Fun Unlimited’, ‘Phir Hera Pheri’ till 2016 after which she disappeared from the movies and took to producing movies instead. Her short stint in Big Boss 9 in 2015 was also not much appreciated by the audience and she has been completely devoted to producing movies now. However, in 2017 she joined BJP after being inspired by Prime Minister, “Narendra Modi.”

Who knew that such a stunning and popular actress would be forgotten by the people so soon? The 44-year-old actress was last seen in a very short role in the beginning of Big Boss 13; for which she was widely criticized as well. Ameesha Patel (earlier Amisha) made her Bollywood debut with Hritik Roshan in the popular movie ‘Kaho Na Pyaar Hai’(2000) and continued to rule the industry with movies like ‘Gadar’, ’Humraaz’, ‘Humko Tumse Pyaar Hai’ and many more but her career ran aground, though she has few upcoming self-produced movies but her fame is kinda lost in the industry now.

After winning the Filmfare Best Debut Award for the movie ‘Prem Aggan’ in the year 1998, he proved to be an extremely promising actor and was part of many super hit movies like ‘No Entry’, Dev’, ‘Shadi No. 1’, ‘Life Partner’ etc. However, his Bollywood career as an actor ended in 2010 with ‘Dulha Mil Gaya’ and took to production, though he had also stated that he was open to acting roles. He now lives in London.

She started her career in 2000 with the famous television show ‘Shaka Laka Boom Boom’ and entered Bollywood as a very promising child actress with the blockbuster hit movie ‘Koi Mil Gaya’ but was hardly seen in any further movies in Bollywood. She moved permanently to South Film Industry and is immensely popular there. Though the odds of her coming back to Bollywood remain uncertain.

Celina Jaitley who recently opened up about her battle with depression after the death of her son and parents was an extremely popular face in Bollywood not very long ago. A former beauty queen and model, she was crowned Miss India in 2001 and was the 4th runner-up at Miss Universe 2001. She made her acting debut with the 2003 thriller movie Janasheen. She is said to have quit the industry in 2007 saying, “I was just tired of how difficult it kept getting for an outsider.” She recently worked for a music video for the UN against homophobia and is well known for speaking up about social issues and queer rights.

The actor was last seen on television serial ‘Haasil’; made his debut in Bollywood with the film ‘Chura Liya Hai Tumne’ in 2003 and was also nominated for this movie. He became widely popular after starring in Main Hoon Na with Shahrukh Khan in 2004. Recently, Sanjay Khan(his father)has reportedly said to relaunch Zayed Khan: ‘He is one of the most handsome actors; as a father, it is my duty to make a film for him.’ So, we are yet to see more of him soon. In a movie based on the events of 1947.

She was quite popular in the industry with blockbusters like ‘Ghajini’, ‘Ready’, ‘ Housefull 2’ etc but when she got married to Micromax co-founder Rahul Sharma in 2016, she announced that ‘she has stopped taking up new projects and does not plan to work post marriage as for now’. She is also widely popular in Tollywood and has numerous movies to her name there. As for now, there are no reports of her returning to the industry and she plans to live with her husband and 2-year-old daughter.

So these were some of the ‘lost but not forgotten’ once-popular actors and actresses of Bollywood who dissipated with time in the glamour of the industry either by choice or by fate. We guess not everyone is as strong as carapace to survive the hardships of the Industry that fulfills the dreams of millions of people.