Since its inception in 2011, MAPPA has produced a decade of legendary originals such as Banana Fish and Yuri!!! On Ice, as well as Kakegurui. 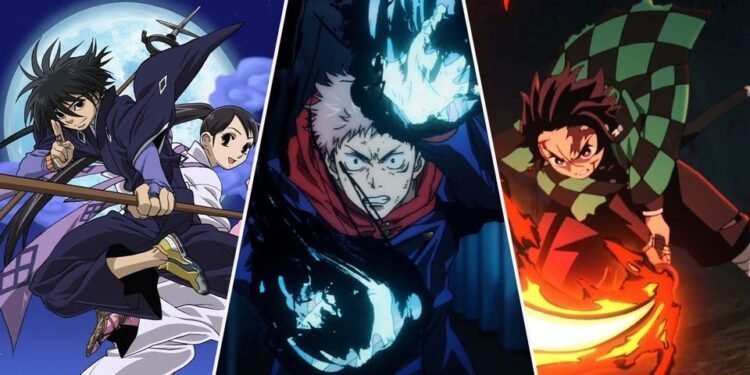 Due to his role as a founder and producer of Madhouse, Masao Maruyama has become a renowned figure in modern anime. Maruyama, on the other hand, founded MAPPA, a new animation studio, in 2011. MAPPA’s current CEO, Manabu Otsuka, has overseen a decade of legendary originals such as Banana Fish and Yuri!!! On Ice, as well as Kakegurui.

At the same time, the company has garnered enough attention to produce seasons of critically renowned anime series such as Hajime no Ippo and Attack on Titan from other companies.

Kakegurui is a hyper-violent high-school anime about gambling that is worth watching for its odd humour and stylized gore. Yumeko Jabami, the heroine, is a gifted gambler who raises the stakes at an elite school based on such games.

With the way the tables change in each episode, one might expect the unexpected. When the stakes are too high, gamblers, for example, seek thrills by betting on their own life or body. Overall, Kakegurui may not be for everyone, but its overall quirkiness is enough to appeal to a niche audience.

Terror In Resonance is a wonderful binge for fans of underappreciated psychological anime series, with only 11 episodes. The drama begins with a group of teenagers stealing an atom bomb and threatening to destroy Tokyo unless they are given answers to a series of questions.

The scenario is a dark version of the present, and the story explores the extent to which government agencies can be dictatorial. It isn’t afraid to depict violence and terrorism to explore ideas on what a perfect “modern society” would be like.

Banana Fish is a must-see single-season anime that significantly borrows tropes from not only its title manga but also 1990s crime thrillers. The emotional punch comes from the fundamental bond between gang leader Ash Lynx and journalist Max Lobo, while the thrills come from a mind-control scheme linked to the Iraq War.

Even though the series is set in the 2010s (as opposed to the manga’s 1980s setting), the references and visual style have a timeless feel to them, distinguishing Banana Fish from its crime thriller contemporaries.

Dorohedoro is a greatly underappreciated Netflix animation that stays true to the manga’s apocalyptic look and hilarious charm. The post-apocalyptic environment is visually attractive and dynamic and revolves around a reptile-headed amnesiac’s attempt to keep his memories.

Despite its premise, the anime focuses on sorcery and dark arts rather than science fiction. Caiman, who has been transformed into a reptile, is on the lookout for the sorcerer who caused his transformation.

Humans are being used as guinea pigs by mystical forces, according to a bigger conspiracy.

The story focuses on the introvert Kaoru Nishimi, who develops a liking for jazz music alongside his rebellious friend Sentar Kawabuchi.

Kids on the Slope was acclaimed for its wholesome male friendships, the relatability of the characters, as well as the narrative and soundtrack, and was hailed as one of the best animes of the last decade. This MAPPA classic is highly recommended for fans of “slice of life” anime.

When it comes to ice skating, Yuri Katsuki is a seasoned veteran. However, when confronted with a Russian pro and a young talent, his competitive drive is reactivated, and he returns to the game.

Given that the show‘s choreographer is competitive ice dancer Kenji Miyamoto, the show’s figure-skating segments are fairly realistic.

Not only for its comic tones and sports-driven tale but also its delicate representation of same-sex relationships and anxiety, the series has received recognition.

Dororo, a legendary manga, was memorably adapted into an anime in 1969. It was primarily a fiction novel about the adventures of Hyakkimaru, a young Ronin with prosthetic limbs, and Dororo, an urchin.

Demons kidnap the former’s body parts, leading him to traverse the entire world for them.

Although it deviates significantly from the source material, the basic storyline is kept in the 2019 MAPPA update. Overall, it’s a compelling dark fantasy anime with well-developed characters. Hyakkimaru’s mission is to discover not only his body but also the meaning and identity of his life.

Despite its recent release, Jujutsu Kaisen, a shonen anime with themes of dark fantasy and adventure, has amassed a large fan base. The plot mostly follows Yuji Itadori, a high school student who joins a hidden society of Jujutsu Sorcerers to kill a strong Curse.

Yuji also possesses a malevolent monster that he can control. Aside from the sombre undertones, Jujutsu Kaisen skips common anime cliches in favor of strange humor and allusions to classic shonen anime such as Bleach and Naruto.

Hajime no Ippo (also known as Fighting Spirit) is a Japanese boxing anime created by Madhouse, although its third season, Rising, was governed by MAPPA.

It mostly kept the previous cast of boxers, most notably Featherweight Champion Makunouchi Ippo, who must defend his title against new foes.

Boxing has become oversaturated as a subgenre of sports literature, with similar underdog themes and melodramatic matches. Rather than focusing on fast-paced fighting, Hajime no Ippo: Rising shows the reflective side of its fighter.

Attack On Titan is one of the most well-known anime series of all time, and it continues to be one of the most popular. MAPPA has stepped in for the final season, although Wit Studio developed the first two. The first installment ran from 2020 through 2021, with the second installment due out next year.

The last season continues the post-apocalyptic struggle between humanity and Titans, as the series’ premise suggests.

Unlike other dark fantasy and sci-fi anime, however, Attack on Titan has an underlying philosophy that guides its multi-layered characters as they learn more about their origins and past with each mission. This complexity in the overall text is what makes it stand out.