These Are The Best Documentaries Available On Netflix Right Now 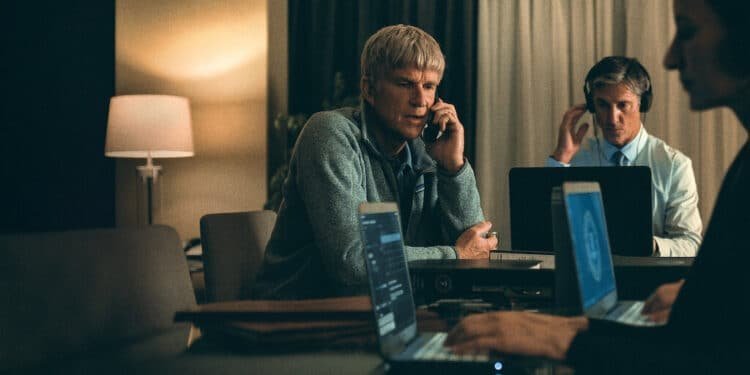 Netflix is well-known for its award-winning original programming as well as its extensive television and film collection. Its greatest accomplishment, though, may be its documentary collection. Netflix has one of the best learning collections on the planet, with seven Best Documentary Oscar winners plus a host of compelling original films and docuseries.

Netflix has a documentary for everyone, from the universe and history to animals, true crime, and everything in between.

Take a look at the greatest documentaries presently streaming on Netflix if you’re tired of the same old things and want to learn something new.

Netflix has become a real crime television aficionado. They take it a step further in this dramatized docuseries, revealing stories about regular people who pull off amazing heists.

Heist is a fun thrill ride that might just make you wonder if you could pull something off yourself.

From a career criminal using hypnosis to pull off a theft to a family man convincing his buddies to help him steal the world’s most expensive bourbon, Heist is a fun thrill ride that might just make you wonder if you could pull something off yourself.

Some prefer dogs and people prefer cats. However, whereas there are several films about dogs saving people, being devoted mates, or simply being completely lovely, cats do not receive the same treatment.

Cats, on the other hand, are faithful and indispensable allies to some individuals.

They are not, as we have been led to believe, merely crazy people. In Cat People, you’ll meet some of the world’s most fascinating “cat people” on a journey to debunk the negative misconceptions about cats while demonstrating the actual power of the ties people have with these autonomous pets.

The coolest kids on the block are an eclectic group of endangered penguins in this heartwarming wildlife documentary set in a lovely South African village.

The series, which is narrated by comedian Patton Oswalt, provides a lighthearted look at the lives of penguins as they strive to find mates, raise children, and interact with the local people.

4. This is a Robbery: The World’s Biggest Art Heist

Two men dressed as cops scammed their way into the Isabella Stewart Gardner Museum the night before Boston’s St. Patrick’s Day parade in 1990.

They spent about an hour and a half roaming through the museum after subduing the guards, slicing millions of dollars worth of art out of their frames.

The infamous incident is the largest art robbery in history and has remained unsolved to this day. Filmmaker Colin Barnicle investigates some of the most obvious suspects and interacts with amateur sleuths and experienced art thieves to help debunk the case’s mystery.

Rick Singer, a college counselor, managed a “back door” operation for decades to get the children of exceedingly wealthy families into prestigious American institutions.

Singer’s side doors, unlike a “back-door” donation of an entire building, paid college coaches and athletic directors to pass off wealthy applicants as athletic admissions and provided students with forged scores and credentials, all for a tidy sum of a few hundred thousand dollars.

This gripping documentary uses reenactments based on wiretapped phone calls and court documents to show how crooked America’s educational system is and how riches truly does buy access.

The Night Stalker, a limited series on one of California’s most known and scary serial killers, has been panned for being unnecessarily graphic and sensationalizing both the brutality and the chase of the murderer. This isn’t a game for the faint of heart.

Night Stalker, on the other hand, is heart-pounding and intriguing for true crime lovers as it delves into the sporadic, seemingly random string of murders and sexual assaults that afflicted Los Angeles County in the summer of 1985.

Detective Gil Carrillo of the LA County Sheriff’s Department and homicide investigator Frank Salerno are looking for. The series tells the story of one of LA’s most legendary horror stories through first-person interviews, dramatic archival footage, and original photography, presenting a dismal (and undeniably exhilarating) image.

We’ve all wondered what happens after we die, but no one knows for sure what the afterlife is like – or even if it exists at all. This series, on the other hand, seeks to go as deeply as possible into that subject.

The series investigates the subject using creative new research and personal testimonies of near-death experiences, reincarnation, and paranormal events and is based on Leslie Kean’s book of the same name.

Pelé’s life has been extensively documented. He is undoubtedly the finest player to ever compete on a soccer pitch. Pelé Forever, a 2004 documentary, and Pelé: Birth of a Legend, a 2016 film about the star, are highlighted.

The film Pelé, which will feature black-and-white archival footage of the player from an early age, as well as interviews with him and some of his former teammates, will be released next. It will concentrate on the 12 years between 1958 and 1970 when Brazil dominated the sporting world.

After a traumatic event, the healing process can be a continuing one that lasts a lifetime for some people. Through the unorthodox discipline of pole dancing, some women have found power and healing.

Pole dancing was often thought to be the domain of circus performers or exotic dancers, but the women in Strip Down, Rise Up utilize it to release issues and regain power that has been stolen away from them by people who have caused pain.

Also Read: 10 Worst TV Show Couples That Weren’t Good For Even A Second!