by Benjeer
in Buzz, News
0 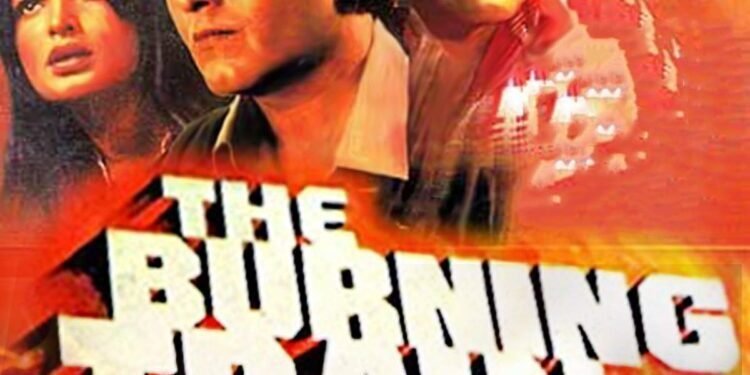 B R Chopra’s Hindi adventurous movie, The burning train, way ahead of its time, every
emotion is being touched while narrating a well-scripted storyline with the powerhouse. The
film begins showing the childhood of the three friends. Their differences in ideology have
triggered a line of thought for this film and give it a push to move forward.
The film is directed by Ravi Chopra. The film had star-studded illustrator actors of that time.
Dharmendra, Hema Malini, Vinod Khanna, Parveen Babi, Neetu Singh, and Jitendra. The RD
Burman score hit the right notes.

The plot is set around a train, namely, super express, that claims to be the fastest in India but
catches fire on its inaugural run from Delhi to Mumbai. It also had Hollywood-styled special
effects. It’s a classic Bollywood movie.

The train catches fire as antagonist Randhir (Danny Denzongpa) whose plan of launching the
super express got rejected decides to take revenge. He plants a bomb in the train during its
inaugural run.

After the blast, the train catches fire, and the rest of the film showcases the
efforts of Vinod’s friend Ashok (Dharmendra) in trying to save as many lives as he could
with the help of fellow passengers Ravi (Jeetendra) and Rakesh (Vinod Mehra).

Despite having so many stories of love, hate, anger, and jealousy the story keeps revolving around the super-express and binds the track. The film was not only made with great effort but also edited with the right recipe of thrill, excitement, and romance. The film was an overall treat
to watch. Has all the right ingredients and notes to strive through the soul of the audiences.
The film is still the talk of the town and remains a favourite among audiences.

Recently two filmmakers Junu Chopra and Jacky Bhagnani have now joined hands for the reboot of the 1980 disaster-thriller, The Burning Train.

“The Burning Train is a film that I grew up watching, and I’m sure many of us did.It’s a
classic in Bollywood and I’m thrilled to be working with my friend Juno to try and recreate the magic that Ravi Chopra sir had done years ago. It’s a film with its heart at the right place
and we are all set to give it our all,” Jacky Bhagnani said in a statement.

When the talk of its remake is in the town the question is whether it will be able to fulfil the
expectations of people.  As this is the third in-house remake to be announced by BR Studios audiences are high on expectations. The banner had recently remade their own Ittefaq and Pati, Patni Aur Woh.