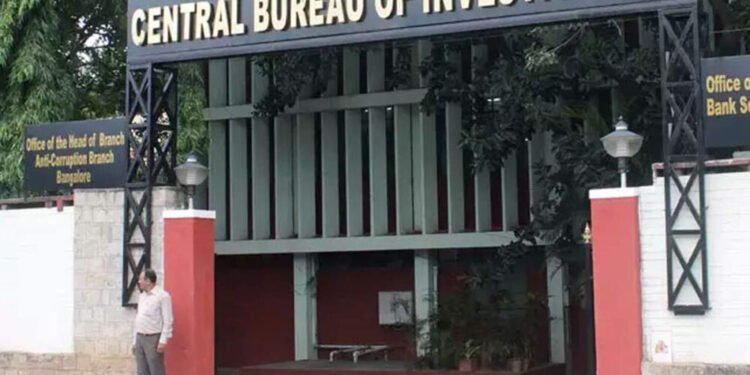 Central Bureau of Investigation (CBI) is the premier investigating agency of India with a scope of covering all departments of the Central Government, Union Territories, and States with the consent of respective state governments. It originated in the form of a Special Police Establishment under the Government of India in 1941 to investigate bribery and corruption in transactions in the War and Supply Department of India.

CBI is not a statutory body. Its main role concerns the prevention of corruption and maintenance of integrity in the administration, and major crimes in the country having National and International ramifications. Major divisions of CBI are Anti-Corruption Division, Special Crimes Division, Economic Offences Division, etc. among others.

CBI is also known by the term “Caged Parrot.” This term has been given by none other than the Supreme court of India. While many cases are taken by the Police, there are many cases with mysterious stories that demand CBI investigation. Though there are huge pressure and public demand that these cases should be investigated by CBI, there are certain political and social barriers because of which they are not given to the CBI. In addition to this, even if the legislative bodies order CBI investigation they end up being unsolved. Here is a list of few renowned cases where the CBI  probe was demanded in high-spirits but, the request was denied for various reasons;

The circumstantial death of the special CBI judge, Brijgopal Harkishan Loya on 1 December 2014 while judiciary being mute has sparked the public outcry demanding a CBI probe into the matter.

In June 2014, Loya was appointed to the special CBI court on the Sohrabuddin Sheikh fake encounter case implicating Amit Shah’s direct involvement while claiming to have been pressured to give his verdict in favour of the Government.On the morning of 1 December 2014, at around 4 am IST he developed chest pain and was taken to two hospitals. He died at 6.15 am of Cardiac Arrest. In an Interview published in Caravan magazine, Loya’s family claimed that they had seen blood stains on Loya’s shirt collar.

Currently, on 9th January 2020, the Maharashtra government has considered an investigation into the case. If the complaint contains some substance, then only the investigation will be done. There will be no inquiry in the matter without any reason said by NCP chief Sharad Pawar. The CBI inquiry is applied in the Supreme Court but the case is still under trial…

Vikas Dubey encounter took place on 10th July 2020. As per the UP police statement, the Gangster was shot dead while he was trying to flee away from the car carrying him from Ujjain that overturned in the outskirts of the city.

According to the Press Trust of India report, “A bench headed by Chief Justice SA Bobde said it may consider appointing a committee headed by a former judge to inquire into the encounters of Dubey, his aides as well as the killing of eight Uttar Pradesh policemen by the gangster.”Many theories are coming up about the encounter of Vikas Dubey, there is a demand for a CBI inquiry but currently as per the updates on 19th August, the supreme court dismissed a plea seeking to dissolve the inquiry commission set up to look into the ostensible killing of gangster Vikas Dubey by the UP police. The three-member panel is headed by retired Supreme Court Justice BS Chauhan, as per The Hindu reported.

The Telugu Desam Legislature Party (TDP) has condemned the YS Jaganmohan Reddy-led government for ordering a CBI probe into the Chandranna Beema, Chandranna Thofa, Kanuka and fibre grid projects it launched during its tenure.“It was developed at a very cost-effective manner but the YSRCP government was unable to use this good project and set it aside,” said TDP, as quoted by India today.

The YSRCP is demanding for a CBI and ED probe into the assets of TDP chief Chandrababu Naidu, dubbing the former CM as the fountainhead of corruption in Andhra Pradesh.

4. The assertion of Phone tapping in Rajasthan:

Rajasthan Chief Secretary on the allegations of illegal tapping of phones amid a political crisis in the state, triggered by Congress leader Sachin Pilot‘s open revolt, as per the ANI reports on 18th July 2020.“These are serious questions that we want to ask the Congress high command and Ashok Gehlot. Was phone tapping done? Assuming that you’ve tapped phones, was the standard operating procedure followed? Did the Congress government in Rajasthan use unconstitutional ways to save themselves when they found themselves cornered?”, BJP spokesperson Sambit Patra was recited as saying by the Press Trust of India.

The BJP Rajasthan until now demanded a CBI inquest about this incident. Currently, there have been no updates in the case.

After the arrest of the accused drug-lord, Mr. Lunkhosei Zou has led to numerous allegations over the involvement of various prominent leaders of the Manipur government. After the arrest of Mr. Lunkhosei series of allegations, affidavits, and counter-affidavits ensued involving the investigating officer Ms. Thounaojam Brinda Addl, SP and the Government of Manipur. The investigating officer has claimed that the Drug-lord is operating under the patronage of high-level hands and there is a prevailing unholy relationship in the state which needs to be investigated. In an affidavit submitted to the Manipur High Court, The Investigating officer has vented out her displeasure for granting bail to accused Mr. Lunkhosei, is to be relied upon, the alleged nexus between politicians and drug-lords could be investigated for the larger good of the public.

“The Manipur Police department has been working sincerely and relentlessly in the ongoing war against drugs,” the statement by W. Basu, the PRO of the police department, stated as per the Indian express.

As per the current reports, the Manipur Youth Congress has demanded CBI inquiry into the entire events. But no investigation or evidence is found to date.