Our world revolves around music, but have we ever considered how lifeless songs would be without the correct lyrics? A lyricist's function is far more crucial than we've ever given it credit for. Female lyricists in Indian cinema have not gotten their due; let's give them a little of that today.

by Yashasvi Singh
in Music, Listicles
3 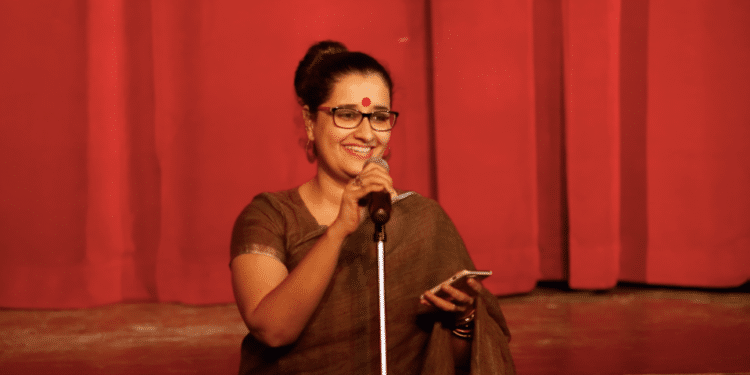 In general, women are thought to be more expressive in real life than men. It doesn’t matter if you’re pleased, sad, angry, jealous, or frustrated. However, this may not be the case when it comes to the expression of love. For the first time, a small number of women may be outspoken about their feelings.

Women may find it challenging to acknowledge love. Writing may be a simple way for a woman to convey her sentiments and emotions.

It’s not just about love; it’s about how she feels in general. Meerabai is the first person who comes to mind when we think about expressions of love and devotion.

A few women, on the other hand, have shown to be tremendously great lyricists in Indian cinema, with stunning renditions in Bollywood and regional languages.

Take a look at a few of them:

Anvita Dutt entered the entertainment sector after more than a decade in the advertising industry, where she has worked as a screenwriter, lyricist, and director.

Hey Baby, Bachna Ae Haseeno, Patiala House, Student of the Year, and Queen are just a few of the films that include her lyrics.

Bulbul, a feature film distributed on Netflix, was loved by the audience and critics alike.

Kausar, an English literature graduate, began her career as a junior writer on the popular show Jassi Jaissi Koi Nahin, where she met Vijay Krishna Acharya, an Indian film director.

She wrote the song, Falak Tak, in Tashan because he insisted on it.

After that, she wrote hit songs such as Pareshaan from Ishaqzaade, Maana ki Hum Yaar Nahin from Meri Pyaari Bindu, and Nachdi Phira from Secret Superstar.

She may have only composed a few songs, but they have hit the deepest chords in our hearts. Her first song, Le Chal Mujhe, was written for Anushka Sharma’s first film, NH10.

Buddhu Sa Mann from the blockbuster film Kapoor & Sons was her second appearance, followed by the calming Theher Ja from Varun Dhawan’s October.

The writer also worked on dialogues for Sa with director Rajkumar Hirani.

Shreshtha made her Telugu film debut as the first woman lyricist with Oka Romantic Crime Katha, before writing songs for films like Ko Ante Koti and Courier Boy Kalyan.

Chinuku taake and Merise Merise from Pelli Choopulu, as well as Arjun Reddy’s Madhurame, garnered her a lot of attention.

Shreshtha studied law at Osmania University in Hyderabad and has loved writing since she was a child.

Anu began as a film lyricist with the super blockbuster movie Thattathin Maarayathu, after working as a software engineer (2012).

For this, she was nominated for and won several accolades.

Anu established herself as one of Mollywood’s notable new-generation lyricists as her songs became instant blockbusters – her other works include God’s Own Country, Aanandam, Thira, and Oru Vadakkan Selfie, to name a few.

Thamarai, a Tamil writer and former journalist, has been praised for her poetic abilities and is regarded as one of Kollywood’s top songwriters.

She has worked with composer Harris Jayaraj and filmmaker Gautham Menon on the majority of her projects.

Her first film was Iniyavale, and she went on to write lyrics for successful films like Unnidathil Ennai Koduthen and Thenali.