Top 5 Movies that contributed to the demise of filmmaking

Movies have been playing a very important role in the entertainment of the common man.  However, there are some of the major movies that have helped to ruin filmmaking.

The trend of keeping females in the forefront as a leading role is one of the major changes and updates in the film industry. The idea of bringing the females in the lead role to show that women can do everything and anything that can be done by males has become one of the biggest marketing strategies of the filmmaking industry. However, with the release of the Ghostbuster movie in the year 2016 this is an idea turned out to be stupid. Showing feminism with these kinds of movies doesn’t seem to be the right part for equality.

The use of special effects has become one of the major trends in the film industry now. Action thrilling films with a species of fun has been the major categories of films directed by Michael Bay. However, the 2007 release Transformer destroyed the work line of this directing. The film was filled with a lot of special effects with a bad storyline and character development which destroyed the film. 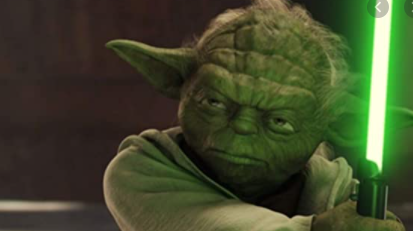 This episode of the star war series is known to be the most stupid thing create by humans. From the characters to the acting everything in the film is said to be fake and fraudulent. All the things and characters in the movie were built with the imaginer thoughts of a computer which was not at all interesting for the views. The concept and the content of the picture were also not very much appreciated by the people. As a result, this movie was said to be destroying the whole franchises.

The Blair Witch Project was an experimental horror mockumentary released in 1999.  This picture was based on a story of three college filmmakers who are hiking into the woods in Maryland to uncover the secret of the local legend, the Blair Witch. Because of the proper and ingenious marketing strategy, the cast was listed as missing of deceases in the reals. The disorienting camera angles and not so god marketing strategy made the film the biggest flop.

Toy story is one of the best movies without any doubt. But this film brought the new trends of using computer graphics in animated series and films. This is a movie with no doubt was one of the best films that have enough potential to attract the children’s and adults as well. However, Toy Story’s revolutionary employment of three-dimensional computer graphics started a slow death of the conventional hand-drawn animation movies.

Top 5 Smartest Birds You Can Keep as Pets

19 Popular Celebrities: Appeared In Random TV shows and Movies early in their careers!

19 Popular Celebrities: Appeared In Random TV shows and Movies early in their careers!