The emotional messages and personalities in Disney films are well-known. Classic tracks are sometimes ignored. Here are a few of the best-kept gems.

by Yashasvi Singh
in Music, Listicles
4 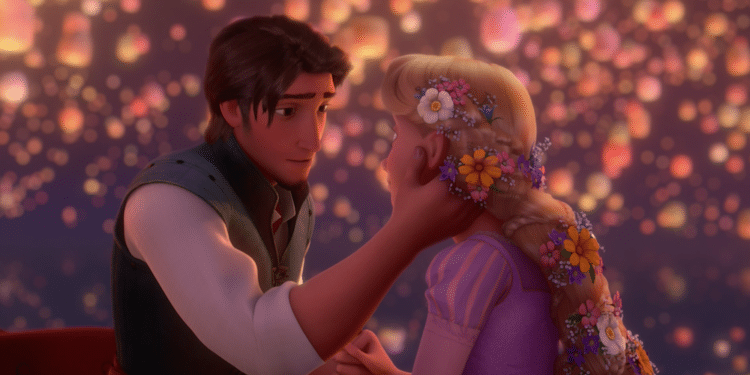 When you think of animated musical film soundtracks, you probably think of Elsa parading across the snow, singing “Let It Go.” Songs in children’s movies aren’t a new notion, but they’ve improved throughout time to the point that they’ve been nominated for and won Academy Awards.

However, numerous underappreciated animated feature songs are just as good as the award winners (sometimes even better).

Brother Bear is a 2003 film that depicts the narrative of Kenai, a Native American kid who can’t wait to grow up. When one of his brothers is slain by a bear, he pursues vengeance and becomes a bear himself when he enrages his people’s spirits.

This fascinating story couldn’t possibly be accompanied by anything else than wonderful music, which it does. Phil Collins (who also penned the songs for Tarzan) composed the soundtrack, and some of the songs are simply outstanding.

Tina Turner’s performance of “Fantastic Spirits” is a great example. Tina is no stranger to cinematic soundtracks, having written the theme song for the James Bond movie “GoldenEye.”

The film portrays the story of Rapunzel in a new and exciting way, with some fantastic songs thrown in for good measure. “When Will My Life Begin,” “Mother Knows Best,” and “I’ve Got A Dream” are among them.

The song towards the end of the movie, when Rapunzel’s wish of witnessing the floating lanterns comes true, is by far the finest.

When she and Flynn start singing “I See The Light,” they are on a boat with lanterns illuminating the scene in the backdrop. Mandy Moore and Zachary Levi sing this amazing song, which is yet underappreciated.

The Prince of Egypt is a grand animated movie from Dreamworks, and while there are many great songs on the soundtrack, including “When You Believe,” some are surprisingly overlooked.

Tzipporah and Miriam sing “When You Believe” in the film, and Whitney Houston and Mariah Carey released a pop version of the song in 1998. It was also nominated for an Academy Award for Best original score.

Hans Zimmer and Stephen Schwartz’s soundtracks, including the film’s opening piece “Deliver Us,” are mostly neglected.

Ofra Haza and Eden Riegel provide a dramatic vocal performance that sets the tone for the Hebrew slaves’ battle.

One of Disney’s most unappreciated jewels is The Princess and the Frog. The film is based on the reimagined story of The Frog Princess, in which Tiana, a waitress, dreams of having her restaurant. She kisses a prince who has been transformed into a frog and becomes a frog herself.

There are other wonderful songs in this picture as well, two of which were nominated for Academy Awards but lost to Up and Crazy Heart.

The amazing “When We’re Human” is a song that not many people are aware of. This delightful melody, which begins with the phrase “enjoy your loneliness, dear friend,” undoubtedly deserves more love.

Frozen has, without a doubt, produced some of the best songs in the history of animated pictures. After the first film, “Let It Go” became a blockbuster hit, and the Idina Menzel-performed song earned both a Grammy and an Oscar.

It became one of the most widely recorded Disney songs, with at least 41 distinct versions sung in various languages included in the international releases of the film.

Menzel shone brightly again in 2019 with her performance as Elsa in Frozen II’s song “Show Yourself.” While not as well-known as “Let It Go,” the song was well-received. However, there is an underrated ballad sung by Kristoff in the second film (Jonathan Groff).

Kristoff rips out “Lost in the Woods” as he’s, you know, in the woods, sounding like a homage to Chicago’s “You’re the Inspiration.” During one section in the song, there is even a mention to Queen. Let’s not forget about “Reindeer Are Better Than People” while we’re at it.

Mulan is based on the Chinese legend of Hua Mulan and is another masterfully presented story. Fa Mulan impersonates a man to take her father’s place in fighting a Hun invasion in this film set during the Han era in China.

The action is set to a fantastic soundtrack featuring songs such as “A Girl Worth Fighting For,” “Honor To Us All,” and “Reflection.” The motivating “I’ll Make a Man Out of You” is one of the best songs to come out of this iconic animated picture.

Mulan and her army are converted into warriors in this song, which is performed by Donny Osmond & Chorus. Stephen Schwartz was in charge of the Mulan soundtrack, and one of his ideas was a song called “We’ll Make a Man Out of You.”

Dreamworks, on the other hand, persuaded him to compose music for the Prince of Egypt, and the song was renamed “I’ll Make a Man Out of You.”

The Toy Story films are a big hit with both youngsters and adults. With the first film, Woody, Buzz Lightyear, and their buddies made a big impression, which led to three sequels, each with their outstanding music.

There are several sad situations in the Toy Story films, with one of the most upsetting scenes being in Toy Story 2 when Jessie the Yodeling Cowgirl laments being forgotten and given away by her owner Emily.

Sarah McLachlan sings “When She Loved Me,” the song that plays during this sequence, and it is a truly underappreciated tearjerker.

The song “My Songs Know What You Did in the Dark” by Fall Out Boy was heard playing across numerous scenes in the Big Hero 6 trailers.

And it wasn’t the end of the band’s appearance in the film. Big Hero 6 is the first Disney animated film to use Marvel Comics characters, and it follows Hiro Hamada and Baymax on their travels.

It was the highest-grossing animated picture of 2014, and it received numerous prizes, including an Academy Award for Best Animated Feature. Fall Out Boy’s “Immortals,” a thumper on the soundtrack, is included.

The song was written especially for the film and went on to sell a million copies. Despite its success, the song doesn’t appear on many “best of” lists.

Hercules, the animated classic, began production in 1992 and was finally released in 1997 as a musical fantasy film. The movie didn’t do as well as its Disney predecessors, and the soundtrack was met with mixed reviews.

Michael Bolton’s “Go The Distance” and Danny DeVito’s “One Last Hope” are two of the most well-known songs from the film.

The pop ballad’s lyrics, which are evocative of 1950s songs, are about resisting romantic affections for a specific person, in this case, Meg suppressing feelings for Hercules.

Until the debut of Final Fantasy in 2001, Tarzan was the most expensive animated film ever made. It earned $448 million worldwide, making it the second-highest-grossing animated film of 1999, trailing only Toy Story 2. The film’s success spawned two sequels, a TV series and a Broadway production.

Phil Collins composed the songs for the Tarzan soundtrack, and one of them, “You’ll Be In My Heart,” won an Oscar and a Golden Globe for Best Original Song.

The soundtrack as a whole was the first to be recorded in multiple languages to cater to other countries, with Collins recording versions of the songs in French, Italian, German, and Spanish.

The soundtrack’s release reintroduced Phil Collins to the public eye, as it became his best-selling record in 10 years. Despite its huge success, “You’ll Be In My Heart” remains one of the most overlooked songs in an animated film.